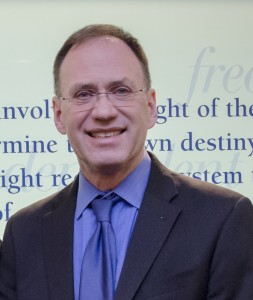 Mark Nelson is a former journalist and development specialist who has written extensively on aid effectiveness, governance and the role of media in development. He joined CIMA from the World Bank, where he spent 17 years as a governance and capacity development expert. Before moving to Washington in 2004, he spent eight years in Paris as head of the World Bank Institute’s European office, where he focused on democratic governance, including the role of the media. From 1985 through 1996, Mr. Nelson was European diplomatic correspondent for the Wall Street Journal, based in Brussels, Berlin and Paris. He covered the negotiations leading to the Maastricht Treaty, the fall of the Berlin Wall, the collapse of the Soviet Union, and the war in Bosnia. From 1992 to 1993 on leave from the Wall Street Journal, he was a senior associate at the Carnegie Endowment for International Peace. He began his career as a researcher on international affairs at the Kennedy School of Government at Harvard University. From 1983 through 1985, he was a staff reporter at the St. Petersburg Times in Florida, where he covered local government. A native of South Carolina, he is a graduate of Oberlin College in Ohio and completed a masters-level degree in international economics at the College of Europe in Bruges, Belgium.