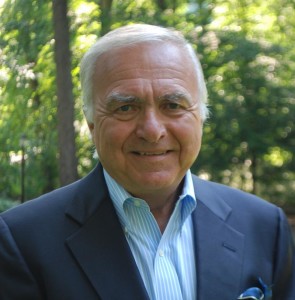 Stephen Fuzesi, Jr. is currently a Commissioner of the Connecticut Freedom of Information Commission appointed by Governor Ned Lamont and confirmed by the Connecticut legislature for a four year term (2019-2023).

He has held leadership roles in, and been outside legal counsel and advisor to, international entities in the communications and news media, banking and finance sectors. He was a visiting fellow and lecturer in international relations and public policy at Wesleyan University/Allbritton Center for the Study of Public Life (spring term 2013) and Brown University/Watson Institute for International Studies (fall term 2012). He has diverse experience with emerging markets media (print and electronic), judicial, regulatory and business environments.

Steve, who came to the U.S. in 1956 as a young refugee after the Hungarian revolution, has a deep personal commitment to the global advancement of vibrant civil societies and government transparency.

Fuzesi, was until September 30, 2010, vice president, chief counsel and secretary of Newsweek, Inc.–then the global publisher of Newsweek and Newsweek International (Atlantic, Pacific, Latin American editions) and newsweek.com. He was instrumental in the launch of Newsweek licensed editions through global strategic alliances in Arabic, Chinese, Polish, Russian, Spanish, Turkish and in English in Pakistan. Newsweek has historically also been published weekly in Japanese and Korean. He helped structure and advised (2000-2010) one of the earliest multi-platform (print, TV, internet) strategic alliances; Newsweek, NBC, MSNBC, the Washington Post and msnbc.com.

Steve joined Newsweek in 1994 from White & Case. In 1991, he established the international law firm’s Budapest office and worked in both New York and in the region on the transformation of Central Europe’s economies and laws–particularly in the telecom, finance and securities sectors. He began his legal career at Davis Polk & Wardwell in London and New York focusing on international finance (Asia and Europe) and corporate law.

Fuzesi is vice chair and member of the Board of Directors of the Connecticut Institute for Refugees and Immigrants. He was a vice chair and a member of the Board of Directors of Words without Borders (2012-2017) and is a former director (2011-2014) of the U.S. Friends of the Budapest Festival Orchestra, (2004-2010) of the Media Law Resource Center (Finance Committee /Chair), and former long-term member of the Legal Affairs Committee of the Association of Magazine Media, and of the Communications and Media Law and the International Human Rights Committees of the Bar Association of the City of New York.

He is an occasional past contributor to the op-ed pages of the Hartford Courant/LA Times News Service, the New York Times, the Wall Street Journal, the Washington Post and CT Hearst Media newspapers and sites. He has spoken at media and law conferences and at leading U.S. universities over the years.

Fuzesi received an A.B. from Princeton University and its School of Public and International Affairs. He received his J.D. from the University of Pennsylvania Law School where he served as an editor of the Law Review.

Steve and his wife Nancy live in Greenwich, Connecticut.