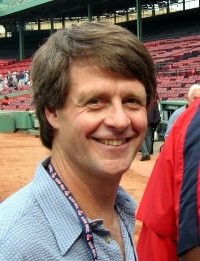 Bill Orme is a writer, editor, and specialist in international media and strategic communications, with an emphasis on support for independent journalism in emerging democracies and communications campaigns for international development. He recently rejoined the UN staff in New York to work on the annual Human Development Reports for the United Nations Development Programme (UNDP), following several years advising media assistance projects in Africa and elsewhere for the UN and the Gates Foundation.

Orme was UNDP’s head of External Communications from 2002 to 2006, serving as the agency’s chief spokesman and overseeing its press relations and advocacy campaigns globally and in UN country offices. He headed strategic communications initiatives for the UN’s Millennium Development Goals and contributed to a series of landmark UNDP reports on social development in the Arab world and the state of democracy in Latin America.

From 1992 to 1998, Orme was executive director of the Committee to Protect Journalists (CPJ), an international press freedom organization based in New York. For his work at the CPJ, Orme received the First Amendment Award from the U.S. Society of Professional Journalists. He returned to daily journalism as a Middle East correspondent for the New York Times from 1998-2001 and UN bureau chief for the Los Angeles Times from 2001-02.

Before joining CPJ, Orme was the founding editor of LatinFinance, a business monthly launched in 1988, following ten years of reporting in Latin America as a correspondent for the Washington Post, the Economist, Time and other publications. He is the author of books on the Mexican press and on the North American Free Trade Agreement. Orme also serves on the advisory boards of the Knight Fellows Program of the International Center for Journalists and Mexico’s Fundación Mexicana de Periodismo de Investigación. He lives with his wife in children in Brooklyn, and is a proud founding board member of the Brooklyn Bridge Park Boathouse, a free public kayaking and rowing program.