Communications Law in Ecuador: When Censoring a Cartoon Becomes a Presidential Priority 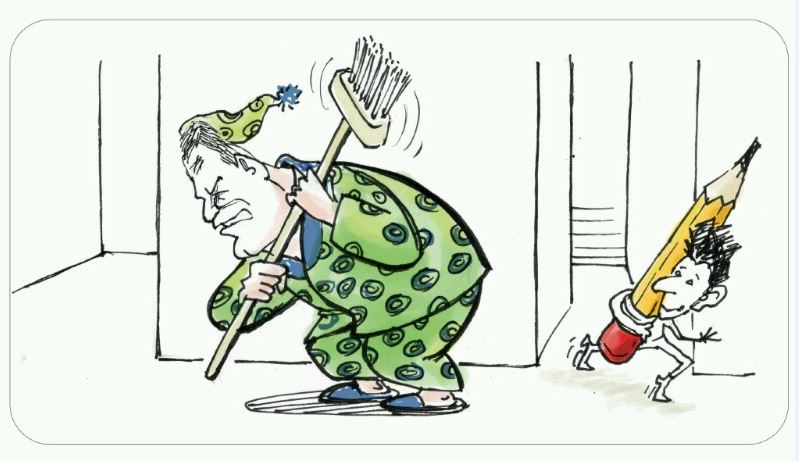 When Censoring a Cartoon Becomes a Presidential Priority

Since his reelection, President Rafael Correa has used a series of laws and decrees to constrain   criticism and dissent. In June 2013, the National Assembly passed a restrictive communications law that designates the media as a public service subject to government regulation. Political cartoonist Xavier Bonilla was the first victim of this law following the publication of a cartoon that depicted the house raid of journalist Fernando Villavicencio. President Correa called Bonilla, among other things, “an assassin with ink.” Bonilla was forced to publish a correction, and El Universo paid a large fine. Join the Center for International Media Assistance and the Latin America and Caribbean program at the National Endowment for Democracy for a discussion on the restrictive nature of the communications law in Ecuador.

If you are unable to join, watch the event live here:

Xavier “Bonil”Bonilla is the daily cartoonist for Ecuador’s biggest newspaper, El Universo. He also publishes in five other important magazines and is a member of international organization, Cartooning for Peace. He has published eight books and received international recognition for his work from the Inter-American Press Society, World Press Cartoon, and the United Nations Ranan Lurie Political Cartoon Award. He was the first journalist to be sanctioned by Ecuador’s new Communications Law.

Martha Roldós is a lifelong political and civil society activist. In 2006, she was elected to Congress representing the province of Guayas, and in 2007 was elected to serve in the Constituent Assembly. After a failed presidential run in 2009, she joined the coalition ‘United for Democracy,’ which advocated for a no vote to the 2011 referendum which sought to give greater control over the media and judiciary to the executive. Throughout her career, she has been a strong advocate for government transparency and accountability, and for freedom of expression and association. She fought against the passage of the communications law, and later joined a group to challenge the law before Ecuador’s Constitutional Court. She now serves as Executive Director of Fundación Mil Hojas, an organization that investigates government corruption.

Carlos Lauria is the senior Americas program coordinator for the Committee to Protect Journalists where he serves as chief strategist and spokesperson on press freedom issues in the Americas. He monitors and documents press freedom violations in Latin America and has led missions to Mexico, Colombia, Guatemala, Venezuela, Ecuador, Bolivia, Nicaragua, Haiti, Brazil, El Salvador, and Argentina. Lauría began his journalistic career in Buenos Aires in 1986 and settled in New York in 1994 as U.S. bureau chief correspondent for Editorial Perfil, Argentina’s largest magazine publisher. He serves on the board of the Maria Moors Cabot Award for excellence in Latin American journalism, which is sponsored by Columbia University Graduate School of Journalism. He is a graduate of journalism from the Universidad Católica Argentina.