The Politics of Media Development 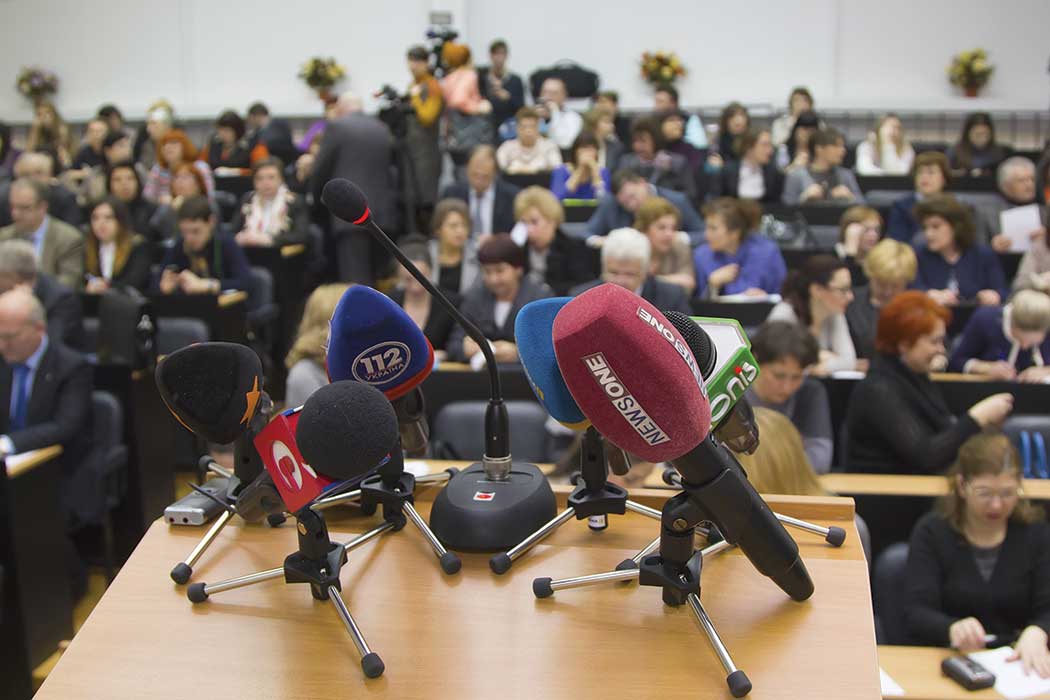 Media is deeply intertwined within our political cultures, yet the broader development community often approaches media reform as if it were a technical problem that can be solved through training and technical assistance. What does it mean for media development practitioners to engage politically, to build coalitions for reform, and to work with political actors to get results? Are there tools that we can use to make reforms happen? How can media development community better engage in the broader development agenda? Please join CIMA and renowned experts from the development field to discuss these topics featuring Thomas Carothers, Brian Levy, Lisa Williams, and Marguerite Sullivan. The discussion will be moderated by Shanthi Kalathil. Politics and Media Development with Shanthi Kalathil from National Endowment for Democracy on Vimeo.

Thomas Carothers is vice president for studies at the Carnegie Endowment for International Peace. He directs the Democracy and Rule of Law Program and oversees several other Carnegie programs, including Carnegie Europe in Brussels, the Energy and Climate Program, and the D.C.-based Europe Program. Carothers is a leading authority on international support for democracy, human rights, governance, comparative democratization, and U.S. foreign policy relating to democracy and human rights. He has worked on democracy-assistance projects for many organizations and carried out extensive field research on aid efforts around the world. He also has broad experience relating to human rights, rule of law development, civil society building, and think tank development in transitional and developing countries.

Brian Levy  is Professor of the Practice of International Development at the School of Advanced International Studies, Johns Hopkins University, USA, and also the Academic Director of the Graduate School for Development Policy and Practice at the University of Cape Town. He worked at the World Bank from 1989-2012, most recently as Adviser, Governance in the World Bank’s Poverty Reduction and Economic Management Vice Presidency. Between 1999 and 2003 he led the World Bank unit responsible for public sector reform and capacity building across Africa. Along with Working with the Grain, he has authored, co-authored and co-edited numerous books and articles on the interactions between public institutions, the private sector and development in Africa, East Asia, and elsewhere. Prior to joining the Bank he was assistant professor in development economics at Williams College in Williamstown, Massachusetts. He graduated from UCT in economics (honours) in 1976, and completed his Ph.D in economics at Harvard University.

Lisa Williams is Social Sector Governance Fellow with the DRG Center’s Cross-Sectoral Division. She supports USAID in the implementation of its new DRG strategy to promote cross-sectoral programming and development of political-economy analysis. Lisa has worked for the Organisation for Economic Co-operation and Development (OECD) for more than 12 years and was most currently Lead Policy Analyst on Governance and Accountability for OECD-DAC Network on Governance, Development Cooperation Directorate. She has experience leading in conceptualizing, negotiating, and implementing common policy approaches for donors to help maximize development assistance and bring about changes in practice on issues such as aid, accountability, and democratic governance. Lisa has an MA in International Affairs from Tufts University’s Fletcher School of Law and Diplomacy and a BA in Journalism and International Studies from University of North Carolina-Chapel Hill.

Marguerite H. Sullivan is a media and communications consultant and former senior director of the Center on International Media Assistance (CIMA), which she set up in 2006 and directed until 2013.  She has worked as a journalist, public affairs and communications specialist, and an executive in government and international nongovernmental organizations. Sullivan is the author of the U.S. Department of State’s A Responsible Press Office in the Digital Age  and  A Responsible Press Office: An Insider’s Guide, which have been translated into numerous languages and won several awards. She has assessed and advised on systems of open communication and transparency and worked on capacity building through nearly 200 training engagements in more than 40 countries. Sullivan has held several positions in the U.S. government, including at the White House, the Department of State, and the National Endowment for the Humanities, and she served as a cabinet member for a state governor. She was executive director of the U.S. National Commission for UNESCO and vice president for communications and external affairs for the International Republican Institute. Sullivan has a bachelor’s degree in history and a master’s degree in journalism from Stanford University.

Shanthi Kalathil is an adviser, consultant and speaker on development, democratization and the role of technology in international affairs. She is co-author of Open Networks, Closed Regimes: The Impact of the Internet on Authoritarian Rule, a widely cited work that examined the Internet and political transition in eight authoritarian contexts. Kalathil has extensive experience advising the U.S. government, international organizations, and nonprofits on the policy and programmatic aspects of supporting civil society, independent media, technology, transparency and accountability.  Kalathil, a former staff reporter for the Wall Street Journal Asia based in Hong Kong, is a member of CIMA’s Advisory Council.  She lectures at Georgetown University on international relations in the information age. Previously, Kalathil served as a senior democracy fellow at the U.S. Agency for International Development and as a non-resident associate at Georgetown University’s Institute for the Study of Diplomacy, and she has been a regular consultant for the World Bank, the Aspen Institute, and others. Kalathil holds degrees from U.C. Berkeley and the London School of Economics and Political Science, and is fluent in Mandarin.