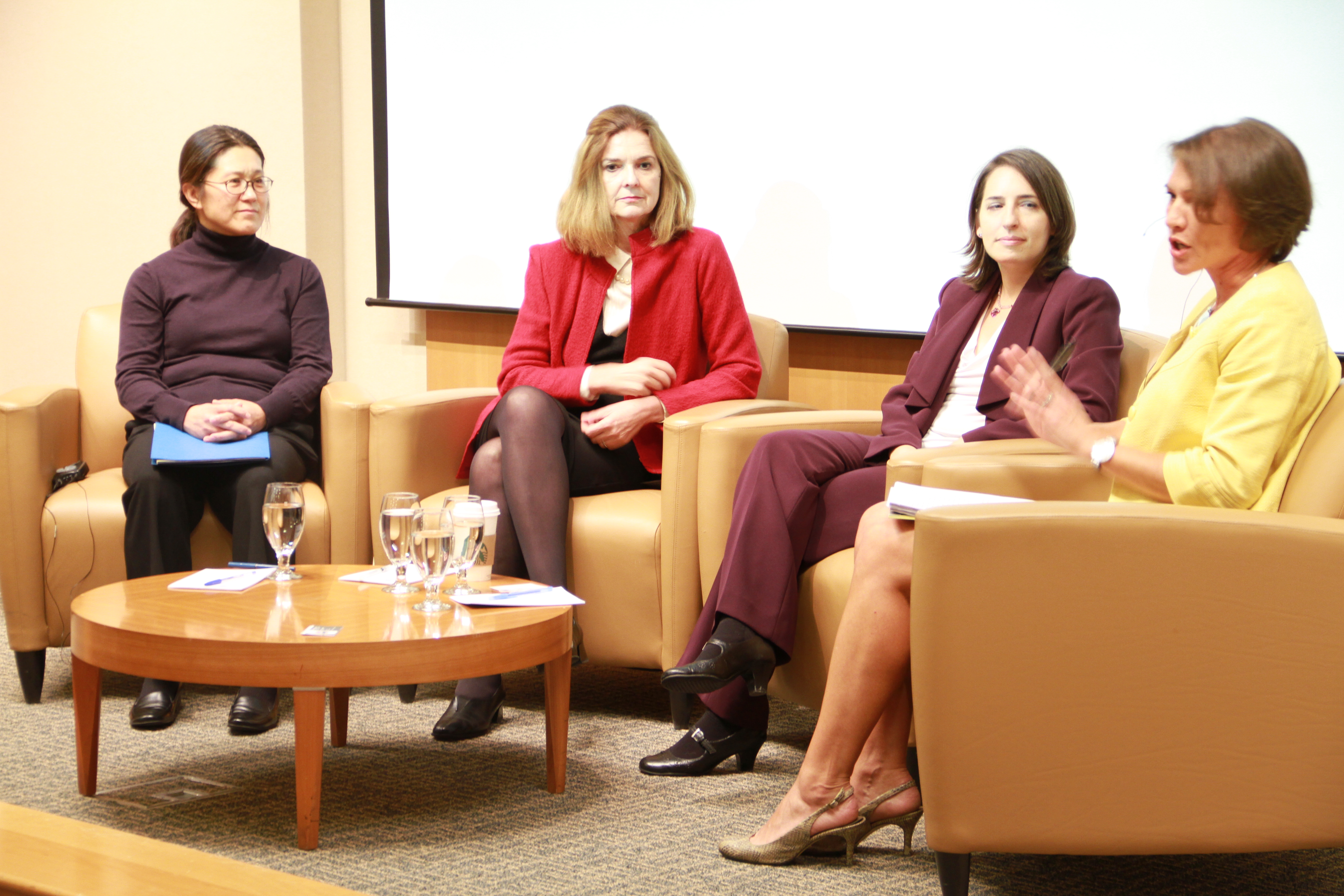 Please not that due to technical diffculties, portions of both Sarah Cook and Anne Nelson’s presentations are missing. Click here to hear a full audio recording. >>

While news media in Western countries are struggling against poor economic conditions and technological disruption, China has elevated media into a major component of its international grand strategy. The country’s premier external outlet, CCTV, operates strategically around the world, producing sophisticated long-form reports on complex international issues on a daily basis. Yet censorship within China’s borders and pressure on news organizations outside of China impede independent reporting about China itself. How and why do these two models coexist? Watch CIMA’s panel discussion focusing on this dichotomy and marking the launch of two reports: CCTV’s International Expansion: China’s Grand Strategy for Media and The Long Shadow of Chinese Censorship: How the Communist Party’s Media Restrictions Affect News Outlets Around the World.

Anne Nelson is an international media consultant who has worked with a number of major foundations and media organizations in recent years. She created and teaches a course in new media and development communications at Columbia University’s School of International and Public Affairs. She is a former journalist and served as the director of the Committee to Protect Journalists, where she helped to found the International Freedom of Expression Exchange (IFEX). She received a Guggenheim Fellowship for her research on her recent book, Red Orchestra, which describes practices of mass media propaganda and resistance samizdatin Nazi Germany. She is a graduate of Yale University, a member of the Council on Foreign Relations, and the author of five previous CIMA research reports.

Sarah Cook is a senior research analyst for East Asia at Freedom House. She manages the editorial team producing the China Media Bulletin, a biweekly news digest of media freedom developments related to the People’s Republic of China. Previously she served as assistant editor for the Freedom on the Net project, an index that tracks Internet freedom around the world. Cook is the author of several articles and numerous country reports examining media freedom and democratic governance. Her comments and writings have appeared on CNN, the International Herald Tribune, the Taipei Times, and the U.S. Congressional-Executive Commission on China. Before joining Freedom House, she co-edited the English translation of A China More Just, a memoir by prominent rights attorney Gao Zhisheng, and was twice a delegate to the United Nations Human Rights Commission meeting in Geneva for an NGO working on religious freedom in China. She received a BA in International Relations from Pomona College and as a Marshall Scholar completed master’s degrees in politics and international law at the School of Oriental and African Studies in London.

Yaxue Cao is the founder and editor of ChinaChange.org, a website devoted to news and commentary related to civil society, rule of law, and rights activities in China. The site works with China’s democracy advocates to bring their voices into English and to help the rest of the world understand what people are thinking and doing to effect change in China. Its reports often provide leads for major media outlets. It translated key documents, such as Xu Zhiyong’s The New Citizens’ Movement. The site has appeared in the New York Times, the Economist, BBC, the Atlantic, and in Congressional hearings over the last two years. Cao has published short stories in literary quarterlies and translations in the New York Times and on the Foreign Policy website. She grew up in northern China during the Cultural Revolution and studied literature in the United States. She lives in Washington, DC.

Louisa Greve is vice president for Asia, Middle East & North Africa, and Global Programs at the National Endowment for Democracy. She has studied, worked, and traveled in Asia since 1980 and has testified before congressional committees on human rights in China and democracy promotion in Asia. She was a member of the AEI/Armitage International Taiwan Policy Working Group (2007) and the Council on Foreign Relations Term Member Roundtable on U.S. National Security–New Threats in a Changing World (2002). Greve served as a member of the board of directors of Amnesty International USA from 1993 to 1998, and was a volunteer China and Mongolia specialist for Amnesty from 1990 to 1999. She served two terms as a member of the Virginia State Advisory Committee of the U.S. Commission on Civil Rights (2007-2011).