Caught in the Middle: Central and Eastern European Journalism at a Crossroads 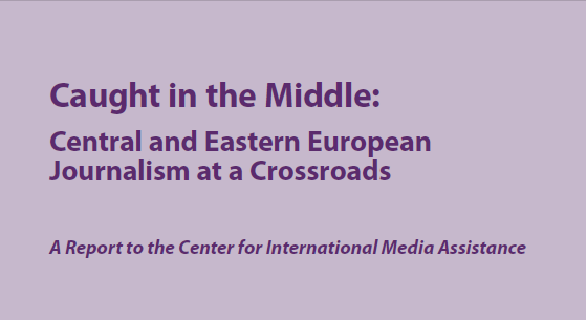 CIMA is pleased to release a new report, Caught in the Middle: Central and Eastern European Journalism at a Crossroads, by Ellen Hume, a veteran journalist and international media analyst and consultant. Journalists in Central and Eastern Europe are struggling to hold on to the gains they made in the first two decades after communism. Ethical journalists in this region face a triple threat: a backsliding against the 1990s democratic reforms, a global Internet-driven erosion of the media business model, and the continuing world economic crisis that is exposing the fragility of democratic institutions. This report examines the state of independent news media in Central and Eastern Europe 20 years after the fall of communism.