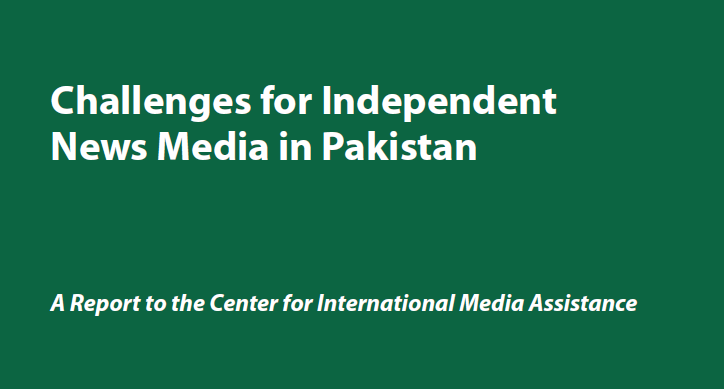 CIMA is pleased to release its latest report, Challenges for Independent News Media in Pakistan, by Sherry Ricchiardi, a veteran journalist, journalism professor, and media consultant. For two years running, Pakistan has been ranked by international media monitors as the most dangerous place on earth for journalists. Media workers have been kidnapped, tortured, and beaten to death for delving into the nation’s potent military apparatus and spy agencies. This report examines Pakistan’s press system–still a work in progress–following a renaissance that began in 2002 when then-President Pervez Musharraf liberalized the broadcast laws and set in motion a media market boom that revolutionized how news was reported. From the most powerful metropolitan newspapers and TV channels to small radio stations in impoverished rural villages, it has been a whirlwind decade for the country’s journalists.