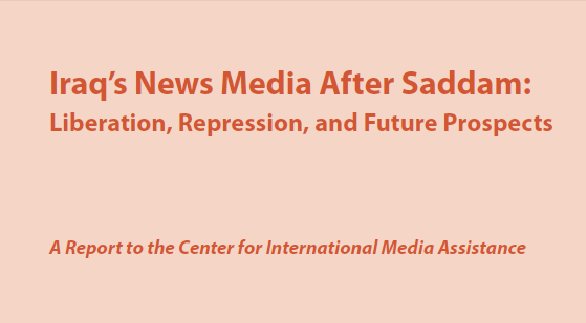 CIMA is pleased to release a new report, Iraq’s News Media After Saddam: Liberation, Repression, and Future Prospects, by Sherry Ricchiardi, a veteran journalist, journalism professor, and media consultant. This report examines the state of Iraq’s media and provides a prognosis for the future as seen through the eyes of Iraqi journalists, international media developers on the scene, and scholars who have studied the dynamics of Iraq’s nascent independent press. It addresses the question: What kind of media will be left in the wake of the U.S. military and donor drawdown?