Media, Access to Information, and the Sustainable Development Goals 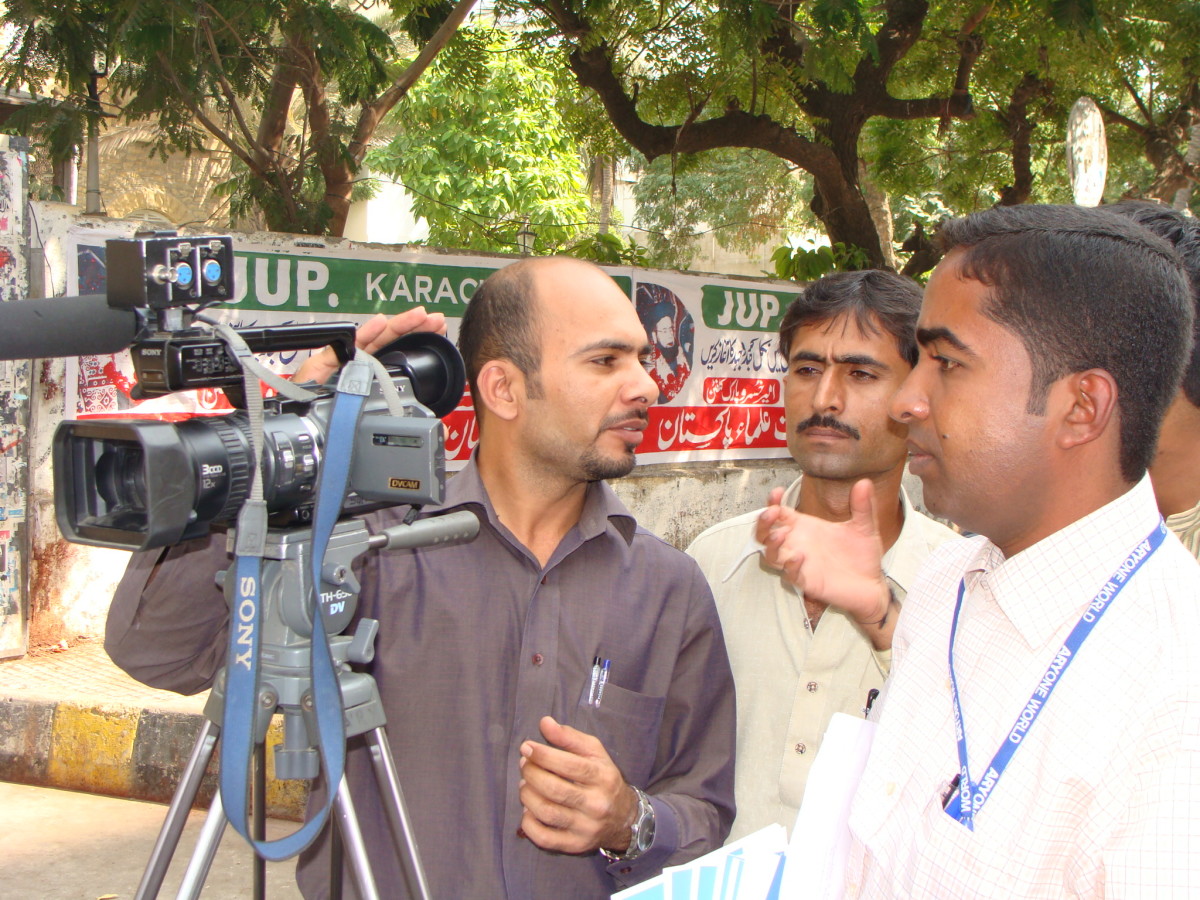 Over the past two years, CIMA and its partners have followed the post-2015 development goals closely in a collaborative effort to ensure that media would be included in these new global priorities. In September, the United Nations approved the Sustainable Development Goals, successor to the Millennium Development Goals, which include a provision to ensure public access to information and protects fundamental freedoms. While this important first step has been hailed as a victory for the media development community, the detailed work on specific indicators and how these two elements will be measured still has to be agreed. Draft indicators have been proposed, but international agreement regarding the indicators will require further vigilance and engagement by the media development community.  Please join us for a discussion examining this important topic with key players from the agenda-setting process including Bill Orme from the Global Forum for Media Development, Quinn McKew from Article 19, and Victoria Lemieux from the World Bank. Panelists will discuss the compromises that were made, the negotiating process ahead, and potential impact of these new goals on our media development and access-to-information work.

Bill Orme is the UN Representative of the Brussels-based Global Forum for Media Development in negotiations for the UN’s new global development goals. A member of CIMA’s advisory board, Bill formerly served as head of communications for the United Nations Development Programme and as executive director of the Committee to Protect Journalists.

Quinn McKew is the Deputy Executive Director at ARTICLE 19 where she is responsible for global operations and governance including the integration of  8 regional offices and 50+ regional partner organisations. Quinn has a Masters of Business Administration from Georgetown University focusing on global non-profit management and a BA in International Relations and the Environment from Stanford University. Prior to joining ARTICLE 19, she worked for the largest non-profit management consultancy in Europe, and was a campaign manager for leading environmental organisations in the United States.

Dr. Victoria Lemieux is a Senior Public Sector Specialist (Information Management) and an Associate Professor of Archival Studies at the University of British Columbia (on leave). She has held positions as a professional archivist, records manager and risk manager within the public sector and private sectors, and in higher education as an administrator and educator. She has also consulted previously for the United Nations, the Commonwealth Secretariat, and the World Bank. Her country experience includes Canada, the United Kingdom, Jamaica, Barbados, Trinidad, Guyana, St. Kitts, Grenada, British Virgin Islands, Belize, Burkina Faso, Tanzania, India, Chile and South Africa. Her current research is focused on risk to the availability of trustworthy records, in particular in financial contexts, and how these risks impact upon transparency, financial stability, public accountability and human rights. She holds a doctorate from University College London (Archival Studies, 2002), which focused on the information-related causes of the Jamaican Banking Crisis and, since 2005, has been a Certified Information Systems Security Professional (CISSP). She has received several awards for her research, including the 2001 W. Kaye Lamb Best Paper Award, the Peter Wall Institute for Advanced Studies Early Career Scholar Award(2009) and an Emerald Literati Best Paper Award (2011).

Mark Nelson is a former journalist and development specialist who has written extensively on aid effectiveness, governance and the role of media in development. He joined CIMA from the World Bank, where he spent 17 years as a governance and capacity development expert. Before moving to Washington in 2004, he spent eight years in Paris as head of the World Bank Institute’s European office, where he focused on democratic governance, including the role of the media. From 1985 through 1996, Mr. Nelson was European diplomatic correspondent for the Wall Street Journal, based in Brussels, Berlin and Paris. He covered the negotiations leading to the Maastricht Treaty, the fall of the Berlin Wall, the collapse of the Soviet Union, and the war in Bosnia. From 1992 to 1993 on leave from the Wall Street Journal, he was a senior associate at the Carnegie Endowment for International Peace. He began his career as a researcher on international affairs at the Kennedy School of Government at Harvard University. From 1983 through 1985, he was a staff reporter at the St. Petersburg Times in Florida, where he covered local government. A native of South Carolina, he is a graduate of Oberlin College in Ohio and completed a masters-level degree in international economics at the College of Europe in Bruges, Belgium.