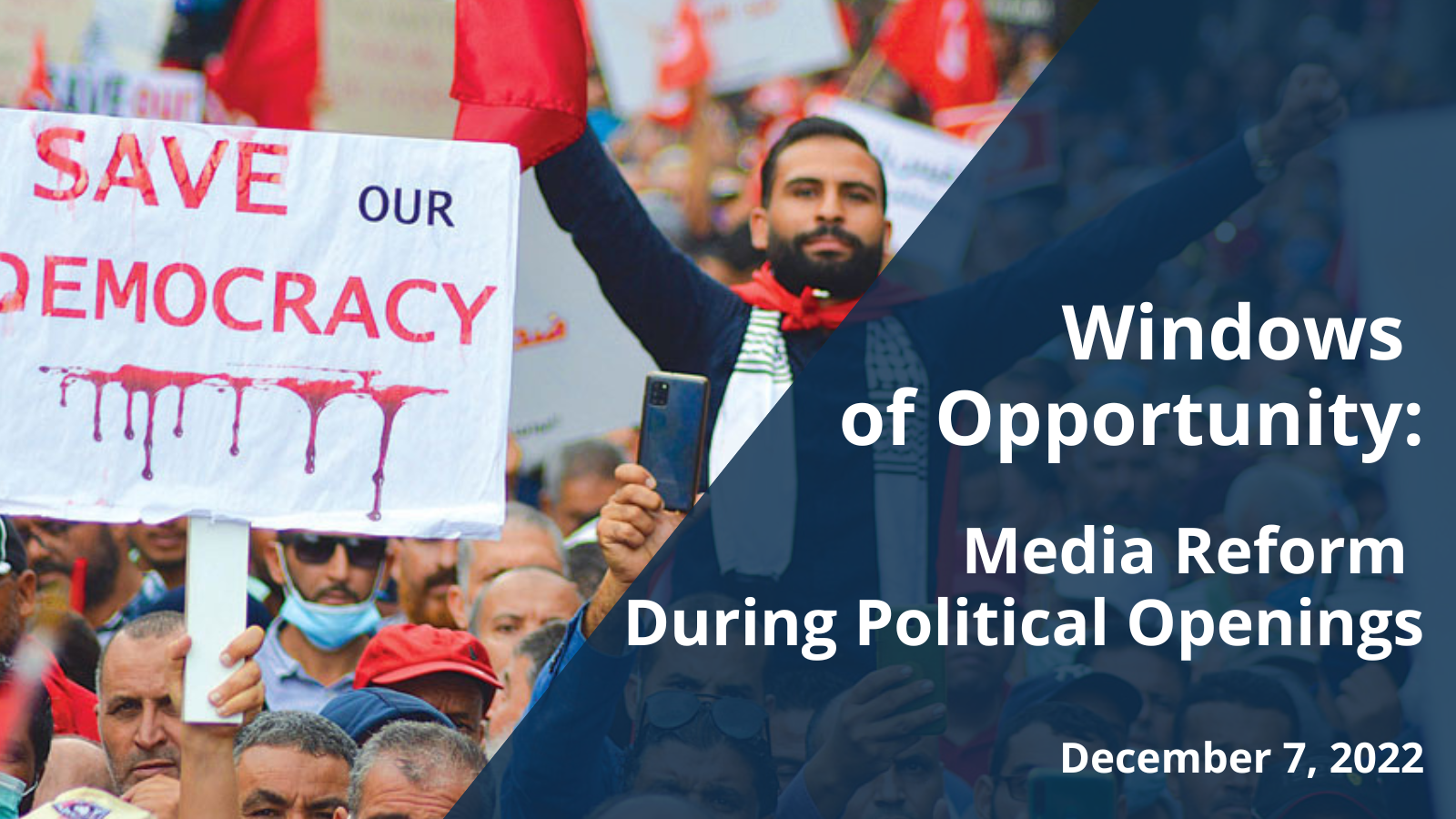 and a conversation with

with closing remarks from

Despite a global resurgence of authoritarianism, movements for democracy are constantly emerging. Occasionally, a movement takes hold, ushering in a new window of opportunity for democratic progress. Reforming the media sector is central to ensuring the success of a democratization effort. Media development advocates have learned important lessons about what works and doesn’t work during these unprecedented, and often fleeting, moments of opportunity.

By looking at current and historical democratization movements, the speakers will discuss how independent media advocates can advance a progressive reform vision during democratic transitions and how the international community can best support them.

You may view a recording of the event here.