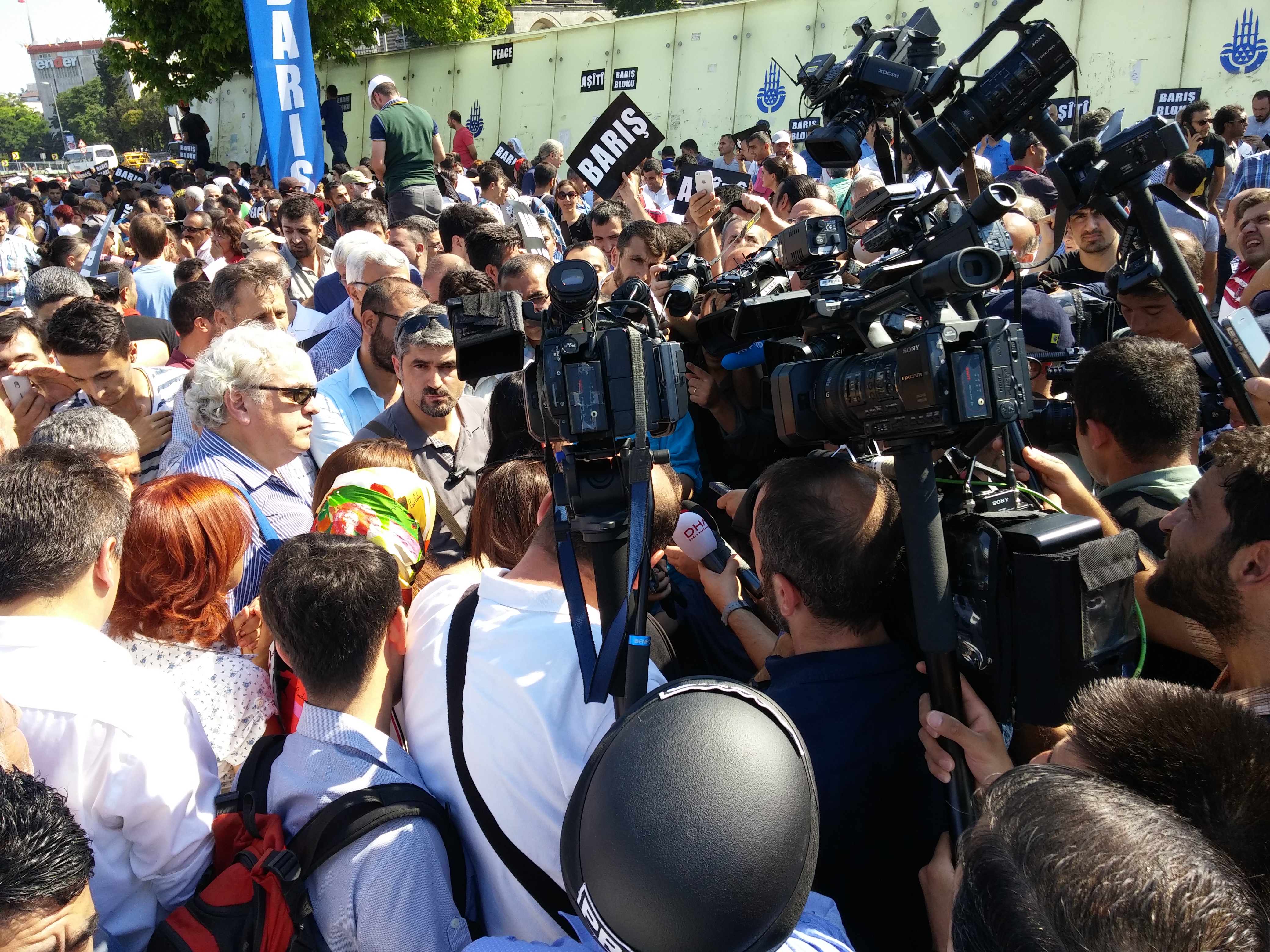 Noah Arjomand is a sociologist and is currently the Mark Helmke Postdoctoral Scholar on Global Media, Development, and Democracy which is sponsored by Indiana University’s Hamilton Lugar School of Global and International Studies and the Center for International Media Assistance. The following is a lightly edited interview with Noah in which he discusses how his interest in the media first emerged and how his research on local-international information brokers helps us gain insight into how news and information circulate.

What led you to your original interest in the news media?

Ever since studying video and photography in college, I have been fascinated by the different possibilities that various media provide for representing the world. This fascination has led me to experiment in media as diverse as documentary film, game design, and opera.

As for studying the news media, I came to the subject almost by accident. While in Afghanistan doing research on foreign-led state-building and development, I could not help but notice the role that bicultural Afghan elites had in brokering information and interactions between foreigners and locals. Whether at an embassy, an NGO, in the military, or as journalists, foreigners who were interested in understanding what was going on in Afghanistan were working closely with local intermediaries. Yet I found scant reflection in scholarly and journalistic circles on this cross-cultural brokerage and its central importance for the transformation of local realities into international knowledge.

From there, I decided to study how local-international interactions and information flows are mediated in the case of journalism in particular. I settled on Turkey as a research site. The fast-changing media ecosystem within the country and the number of prominent news stories reported from the country—from the Kurdish PKK insurgency to ISIS terrorism to the Mediterranean refugee crisis to the neighboring Syrian civil war—made it, unfortunately, an ideal place to study how news was produced through local-foreign collaboration. Currently, I am writing a book on my research on Turkish and Syrian “fixers.”

What is a “fixer” and what can studying them tell us about the broader news media ecosystem?

“Fixers” are the guides and interpreters who assist foreign reporters, making introductions to sources, providing background information, arranging logistics, and so on. Over the course of three tumultuous years for both Turkey and Syria, I interviewed and observed fixer-reporter teams and worked in both roles myself. The book explains fixers’ roles as cultural brokers between reporters and sources and their strategies for managing their often-precarious position between worlds. I explore their abilities and limitations in shaping the news and what kinds of relationships among reporters, fixers, and sources are productive of news that either challenges or reinforces powerful assumptions and interests.

How do you envision continuing research on these topics in the future?

During my time as a fellow at CIMA and Indiana University, I want to extend my research to other cases of people and machines who serve brokering roles in news production in comparison to that of fixers. When it comes to developing story ideas and finding and checking facts and sources, journalists increasingly rely on web-based machine brokers as replacements for or complements to human fixers on the production side of news making; international stories are often created not by reporters on the ground but by “virtual foreign bureaus” or freelancers thousands of miles away from events covered. The study of what we might call virtual or cyborg foreign correspondence is at an early stage, and applying and expanding the brokerage framework I have developed to such news production can help us better understand the changing ways news is being produced and disseminated.

Do you have any new projects that you hope to explore during the fellowship with CIMA and Indiana University?

CIMA has already produced a large body of research and spearheaded collaborations with important thinkers on how to understand and reform media ecosystems. Part of what I am excited to help with is communicating the findings and concepts of this research to a wider audience. So another medium I hope to explore as a means of communicating ideas of public concern is game design. Games are useful for eliciting strategic empathy—sensitivity to the perspectives of and constraints on actors working toward goals in competitive environments. By creating games that place players in the shoes of regulatory bodies, media corporations, political parties, and so forth, I hope to educate in ways that are also fun and engaging.

In addition to your academic research, what else keeps you busy?

My first feature-length documentary film, which concerns machine-mediated communication and social interaction in the extreme condition of a person’s paralysis due to chronic illness, is in post-production. A speculative fiction screenplay about the future of the Middle East as unfolding through the experiences of a news fixer is simmering on the back burner.