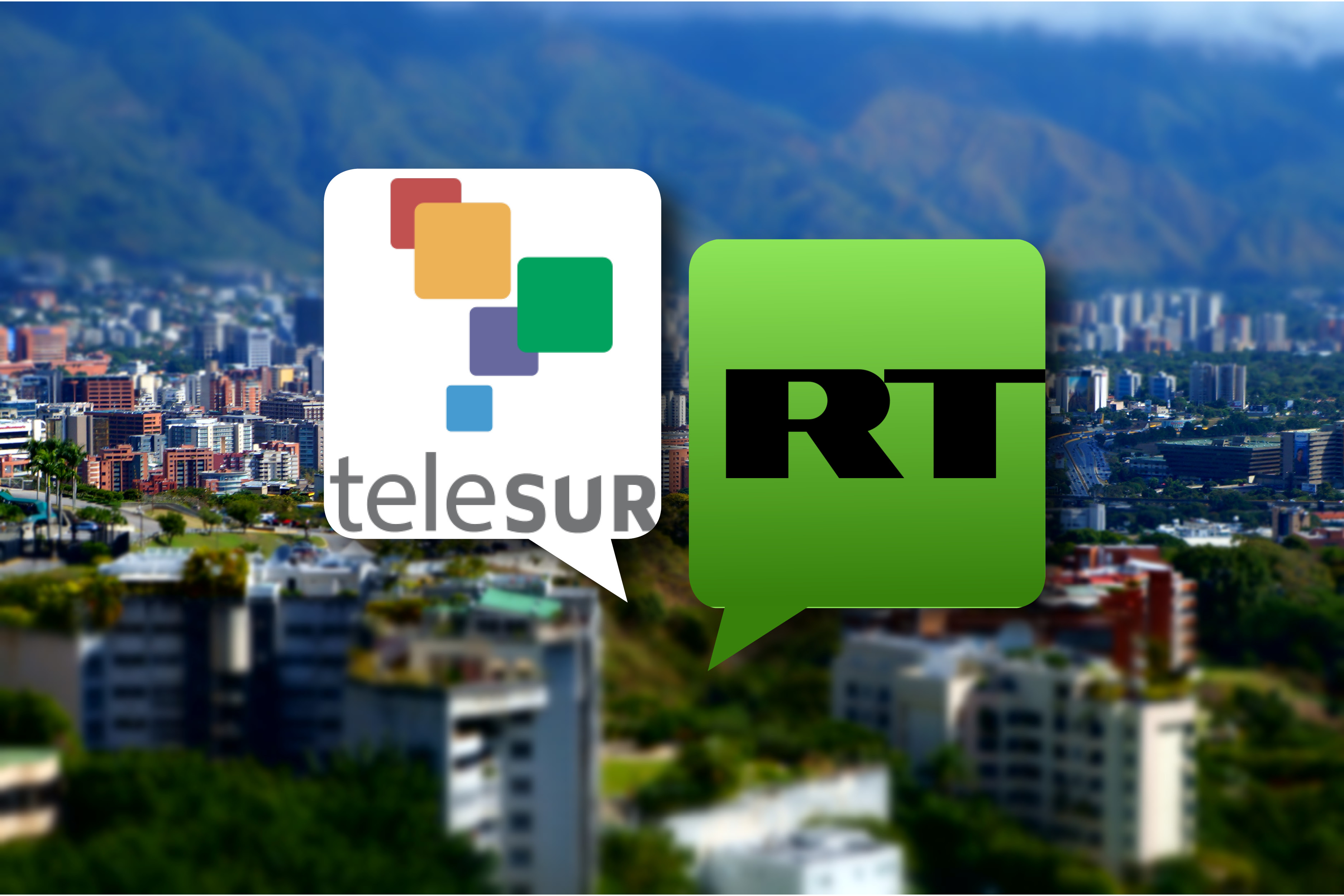 The digital revolution has changed the way audiences around the globe access and consume information, while also shaking up traditional media business models. Citizens with Internet connections have access to high quality information and a diverse market-place of ideas, knowledge, and online resources. In the midst of this fast changing international media environment, countries such as China, Russia, and Venezuela are investing hundreds of millions of dollars in foreign language media outlets including: China Central Television (CCTV), RT (formerly Russia Today) and Sputnik News, and Telesur in Venezuela. Because of the power of social media, all of these new media organizations have also invested heavily in their online presence.

These news outlets claim that their content offers an alternative, developing world perspective that counters the interests and agendas pushed in Western media coverage of domestic and international events. However, in reality, these state-sponsored media outlets are only designed to convey the Chinese, Russian, or Venezuelan government’s perspective to the rest of the world. Since these governments are authoritarian regimes that often impede freedom of the press at home, their foreign-language media outlets reflect domestic habits of selective issue coverage, omitting or distorting important facts in news stories, and making up information to reshape public opinion regarding specific issues or events. Furthermore, there is growing evidence that when state interests align, these outlets coordinate news story coverage, messaging, and programming. In this post, I will analyze Telesur and RT’s coordinated coverage of the socio-economic and political crisis in Venezuela in hopes of furthering a specific agenda for a select audience.

In the wake of the death of President Hugo Chavez in 2013, the rapid decline of global oil prices combined with decades of failed social and economic policies and high levels of government corruption, led Venezuela into a severe social, political, and economic crisis. While the political opposition gained a supermajority in the National Assembly in December 2015, President Nicolas Maduro and the judicial branch (largely appointed by Chavez) have blocked any new laws that address the of the country’s severe problems. As a result, Venezuelan citizens from all social classes continue to suffer from food and medicine shortages, failing infrastructure , and a decline in public-service delivery. In the midst of this political crisis, Secretary General Luis Almagro of the Organization of American States invoked the Inter-American Democracy Charter, calling all member states of the OAS to discuss the democracy and human rights problems in Venezuela. Almagro’s letter, published on May 30, 2016, detailed the humanitarian crisis, the challenges of widespread government corruption, the erosion of democratic institutions, the lack of separation of powers, the state of civic and political rights, as well as the status of freedom of expression and the press. The letter also recommended that the government of Venezuela find institutional ways to address the severe crisis, liberate all political prisoners, re-establish a balance of power between the different branches of government, and allow for international experts to help the country solve its corruption problems. Not surprisingly, the Venezuelan government was not pleased with this pronouncement.

On June 1,2016, the government of Venezuela responded by launching a coordinated public campaign on Telesur and on RT’s Spanish platform. The campaign’s central messages are exemplified in a public speech at the Ministry of Foreign Relations by Delcy Rodríguez, Venezuela’s minister of foreign affairs, in which she denied the reality of the crisis while also framing Maduro’s government as a victim of a foreign attack. She stated, “There is no institutional crisis, it is not such, it does not exist … The only thing that exists is the permanent will of an elite opposition in Venezuela who, following the instructions the imperial centers, assail violently and anti-democratically against the government of the Bolivarian Republic of Venezuela.” Rodríguez also directly attacked Almagro, when she said, “This man [Almagro] does not give orders in this continent, does not give orders in Venezuela… You [Almagro] are only a tool of the empire, whose sole objective is recapturing the economic institutions that control the vast natural resources of Venezuela.” The speech was intended to discredit Almagro and tap into historic grievances between Latin American countries and the United States in order to build regional solidarity for the government of Venezuela.

The messages from Rodríguez’s speech were quickly incorporated into news clips on Telesur and RT. For example, Telesur aired a show called America Latina En Juego (Latin America At Stake) where the speech’s themes were reiterated by showing images of young people rallying to support the “sovereignty” of Venezuela, airing clips of interviews with Uruguayan intellectuals and citizens who criticized Almagro, and including discussions about how the political opposition is part of a plan to violently destabilize the country.  The messages were also echoed in YouTube video’s retweeted to Almagro and on social media accounts associated with the government of Venezuela.

Similarly, RT’s coverage of Almagro, the Organization of American States, and the Inter-American charter mirrored the talking points of the Venezuelan government. This RT news clip opens with a direct quote from President Maduro in which he states that Almagro’s actions were illegitimate, unjustified, and a prelude to a foreign intervention. In a second RT news clip, the editorial line questioned Almagro’s integrity and actions asking why he has not applied the democratic charter to the current political crisis in Brazil, and also pointing out that Venezuela received support from the leaders of Bolivia and Ecuador. Further evidence that RT and Telesur collaborate editorially is the co-produced television show En La Mira (In the Sights). The show targets those who feel discontent with the social, cultural, and political institutions in Spain and Latin America. The shows create simplistic, conspiracy-driven explanations that tie a country’s internal problems to an external source of power meddling in the affairs of the country. The evidence presented as proof of a foreign plot tends to mix-up un-related facts, half-truths, or highly edited video interviews with policy makers, intellectuals, and academics who echo or truly believe the conspiracy narratives of each show.

The first four episodes of En La Mira, released between March and July 2015, focus on Venezuela and Russia’s common challenges trying to re-shape the balance of power in a multi-polar world. Even though these episodes were produced a year before Almagro invoked the Inter-American Democracy Charter, the shows central themes echo the Venezuelan government’s use of conspiratorial tendencies to justify failed domestic policies, hide government corruption, and not respond to the public’s needs. The shows focused on how multinational media conglomerates hide the truth or lie to the public, how U.S. and European support for democracy and human rights is a façade to destabilize Russia and Venezuela, and how opposition political forces seek violence and instability in both countries.

Patricio Provitina is an Assistant Program Officer in the Latin America division at the National Endowment for Democracy.  He holds a masters degree in Global Policy Studies from the LBJ School of Public Policy at the University of Texas and a bachelors degree in political science from the University of Virginia.