Drawing the Lines: The Growing Debate Over How to Separate the Good from the Bad Online 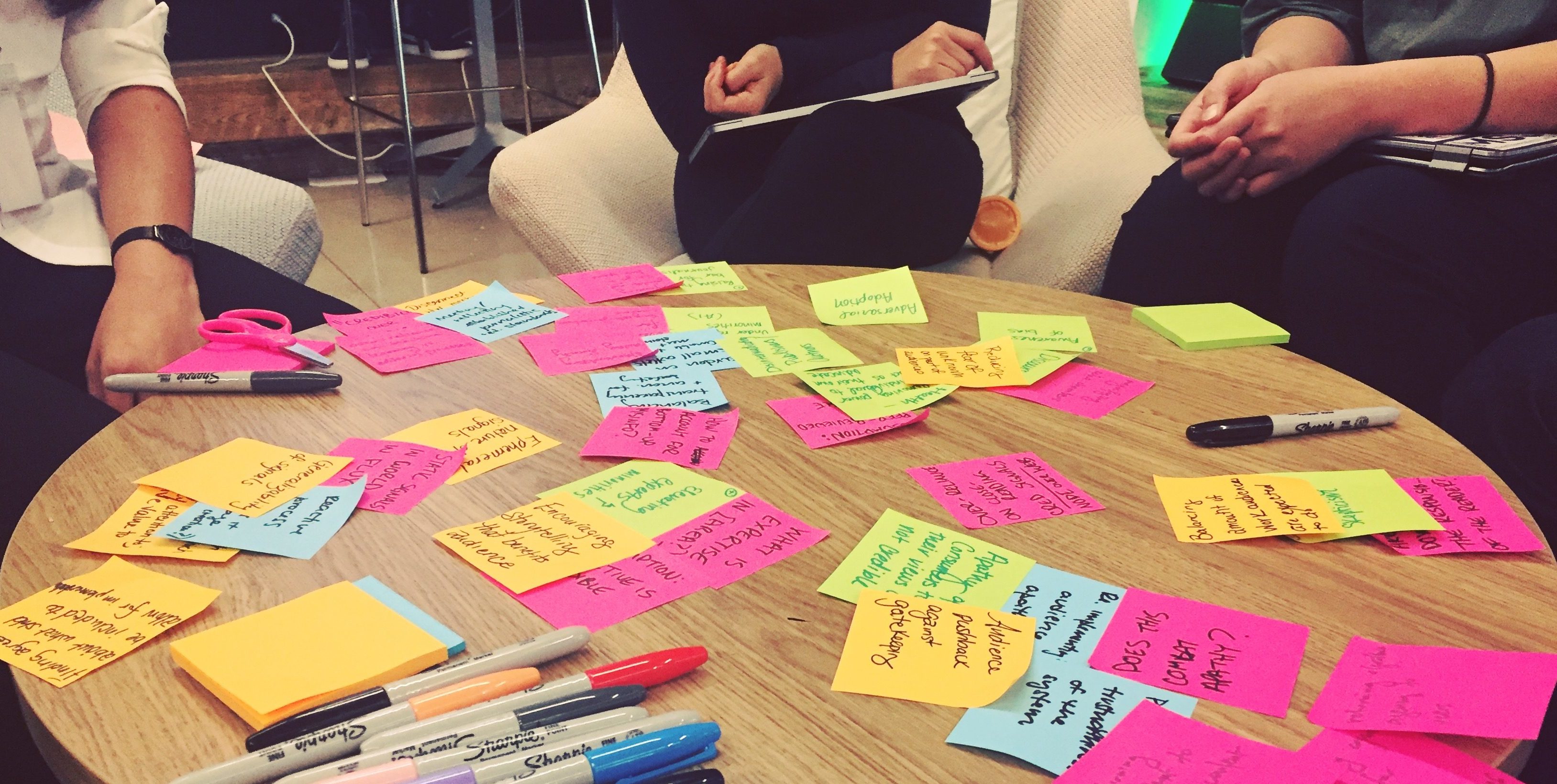 At Credibility Coalition's technology and ideas hackathon, CredCon, participants begin to map the risks of proposed signals for credible content.

Over the past two years, governments, news outlets, platforms, and audiences across the world have come to recognize the overwhelming scale of disinformation. From October 2017 to March 2018, Facebook reportedly deleted an astounding 1.3 billion fake accounts.

Reducing disinformation—what Facebook internally refers to with the euphemism “inauthentic coordinated behavior”—requires indicators simple enough to be read by a machine, yet nuanced enough to prevent censorship of legitimate voices. And as several initiatives explore complementary approaches to disinformation that instead seek to bolster trustworthy, independent news media, the matter of lines—and who gets to draw them—becomes an even larger issue.

To get platforms to privilege quality news requires a reliable marker of trustworthiness. Having an editorial policy at all might be a good start, but what if an outlet’s editorial policy is that it intentionally produces politically slanted news? Perhaps a better signal of trustworthiness would be the existence of a policy for handling corrections? Better yet, what about evidence that a media outlet has historically corrected its factual mistakes? As conversations highlighted at the November CredCon and the Journalism Trust Initiative (JTI) working groups, any effort to define indicators—especially those intended to be used by algorithms—is no easy task. If standards are too loose, they can be easily gamed by nefarious actors. On the flip side, if indicators are too restrictive, they might inadvertently silence small but independent news outlets.

If lines must be drawn at all, the approach to this challenge must be to err on the side of inclusion.

A new report from the BBC’s “Beyond Fake News” project offers insight from news consumers in India, Kenya, and Nigeria, including on the growing role of social media and messenger platforms as news distributors. Their findings echo what many expected: “Emotion is trumping reason when it comes to sharing news,” and many individuals knowingly forward unverified messages in the hope that someone else will fact check it for them.

To that end, many have set out to identify bad information, counter it, and bolster audience abilities to identify it themselves. Independent fact checking networks fill gaps where online platforms fail to catch fraudulent information or accounts. Others turn to government regulations, threatening fines for platforms that fail to remove “obviously illegal” content, while still others monitor networks of nefarious actors to shed light on the production and distribution of disinformation. Yet, as those networks surpass abilities to identify and stop them, endless countering is insufficient.

Numerous trust initiatives now seek to map indicators for credibility, encourage clearer standards and codes of ethics, and boost transparency of media ownership and the process of news creation itself. These work in tandem with the aims of media development: support trustworthy, independent news media, and an environment that enables its freedom and viability.

The Trust Project, the Journalism Trust Initiative (JTI), the Credibility Coalition, and the News Integrity Initiative are leading examples. Together they have worked toward “nutrition labels” for audience awareness, flagging trustworthy outlets for advertiser revenue and algorithm placement, and tech-savvy coalitions to develop a scalable model of indicators and standards. As with the JTI, such standards would be strictly voluntary, offering the opportunity to news producers without imposing it upon the market as a whole. The process of defining and implementing those standards, however, is a fraught one—a path The Trust Project began several years ago, and JTI and the Credibility Coalition now hope to scale.

Over the past few months, both the JTI and the Credibility Coalition’s CredCon have taken tangible steps toward robust and scalable standards for trustworthy news media. For each, the pull between too open and too restrictive is well under way. In November, CredCon participants established a working group to consider the likely risks or downfalls of the proposed signals. Several highlighted the danger of nefarious actors gaming the system to pass as trustworthy—yet, given the scale of the current problem and the adaptability such actors have already proven, this seems near impossible to avoid. What such standards processes can better avoid, however, is hamstringing smaller, independent outlets already struggling to stay afloat. Given that, erring on the side of inclusion must be the answer.

Local news outlets across the world are flailing to keep up in an increasingly challenging business environment, and all the more so in restrictive contexts, where threats extend beyond the financial. With significantly less resources, both monetary and human, than international and regional players, they are at risk of being penalized by any initiative that requires more of either.

Some of this comes in logistics, drawing upon the time limitations of a small outlet to meet requirements article by article or to be a part of the standard-setting discussions to begin with. Any financial cost of verification must also recognize the radical gap between international outlets and a local daily. Similarly, transparency of funders and owners, while required to verify identity and mission, must take safety into account, particularly for independent voices in closed environments.

As the Credibility Coalition moves deeper into identifying indicators of credible content, further worries arise about gaming the system: proposed signals include, for instance, misleading or clickbaity titles, poor grammar, inflammatory language, and originality or attribution of content. Just as a reputable international outlet might be guilty of a misleading headline to lure in readers, so too could fraudulent accounts mimic the style and appearance of quality news. In fact, they already do.

While the hope is to create incentives for high journalistic standards and encourage better quality news media, keeping struggling outlets cordoned off from advertising opportunities or poorly placed in algorithm-based newsfeeds would make that goal of improvement increasingly unlikely.

To help build a more inclusive process, each initiative has recognized the need for multi-stakeholder input. Meeting that goal, however, requires actively supporting and engaging with smaller voices, particularly those in the Global South that would otherwise lack the capacity to be present for such discussions. At the same time, broad uptake will require the weight of both platforms and larger outlets, upholding and promoting the highest level of journalistic standards. Striking the balance among all of these factors will take breadth of expertise, time, and a shared vision toward inclusion.