The Great Debate: Freedom of Information and Media in the UN’s New Global Development Goals 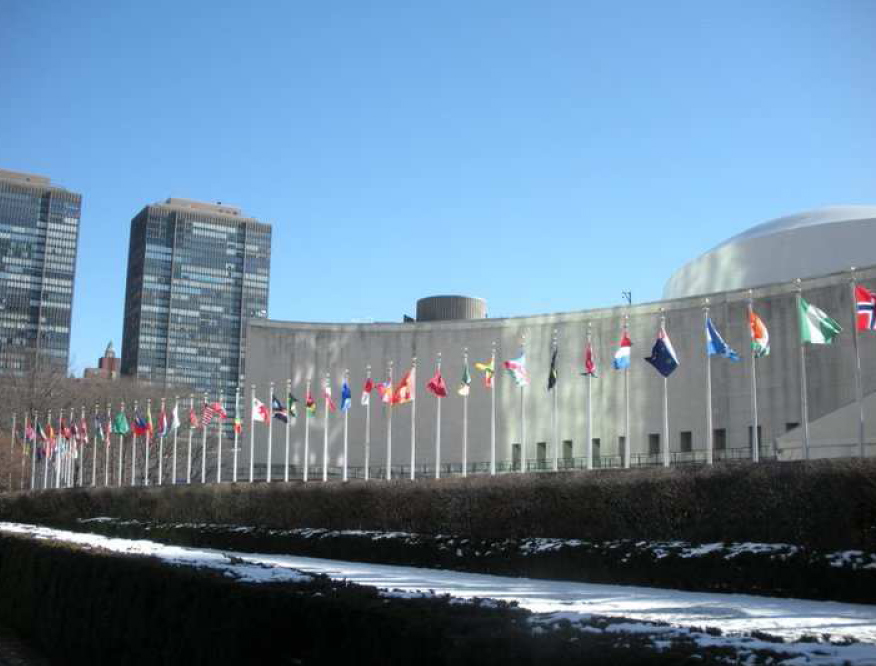 This Monday, the UN General Assembly began its final phase of negotiations over the UN’s next set of global development goals, which will succeed the expiring Millennium Development Goals and guide international development priorities and aid funding for the next 15 years.  The debates will continue in weekly sessions every month through July, with the new “Sustainable Development Goals” to be adopted in September.

These new goals could provide an unexpected long-term global boost to public access to what should be public information, from official and private sources alike.

Or they may not – but we’ll know within a few months.

The ‘SDGs’ differ from the MDGs in that they are intended to be universal, applying to the developed North as well as to the South, with goals ranging from poverty eradication and disease prevention to gender equity and environmental protection.

They also differ notably from the MDGs in that they include – as currently drafted, despite objections from many UN member states   – several quite specific obligations intended to promote just and effective governance.

Among those proposals, to the surprise of many UN observers, is a commitment to public access to information, as one of the 169 proposed SDGs ‘targets,’ which still need to be backed up by agreed factual ‘indicators.’  Those yet-undetermined indicators could include legal guarantees and the actual observance of the right to “seek, receive and impart information and ideas, through any media and regardless of frontiers” – to cite the prescient but nonbinding language of the Universal Declaration of Human Rights.

World leaders and development experts advising the UN on the post-2015 goals have stressed the need for freedom of expression and independent media in monitoring and ultimately achieving these goals.  Secretary-General Ban Ki-moon, in his official recommendations to the General Assembly on the post-2015 agenda last month, pointed to “press freedom, access to information and freedom of expression” as essential “enablers of sustainable development.”

Yet as debate gets underway this week, it remains uncertain whether any clear commitment to the public’s right to all relevant information – from governments or elsewhere – will be included in the 2015-2030 “Sustainable Development Goals” that the UN General Assembly will adopt in September.

In the 18 months of UN negotiations over the 17 proposed  “SDGs” that are now being debated, draft references to “independent media” and “freedom of expression” were deleted in response to objections from several influential UN members, including Security Council powers Russia and China. Yet surviving in the agreed final text, in the 16th of the 17 recommended goals, is a “target” requiring all countries to “ensure public access to information and protect fundamental freedoms, in accordance with national legislation and international agreements.”

As UN diplomats convened for the post-2015 negotiations Monday, there was clearly growing resistance to any major redrafting or reduction of the painfully achieved compromise proposal for 17 goals, out of concern that any gains in precision or practicality would be outweighed by losses in substance and impact.

But the 169 aptly named ‘targets’ remain very much in the crosshairs, vulnerable to rewriting or elimination for a variety of practical and substantive reasons.  As an Austrian diplomat noted at the UN Friday, the current SDGs proposal would in effect obligate UN agencies to monitor 32,617 different data sets from 193 governments on 169 targets on an annual basis – a task that would be politically and technically daunting, if not impossible.

Leading international human rights groups, in a joint message to the UN Friday as civil society representatives met with UN officials in New York to discuss the post-2015 deliberations, stressed the need for “transparent monitoring and accountability mechanisms at the national level which are underpinned by a safe and free environment for civil society, and access to information.”

Also on Friday, the team of statisticians and economists advising the UN on indicators for the proposed SDGs released its penultimate draft report, with newly added recommendations for Target 10 of SDG 16.   The experts in the UN Sustainable Development Solutions Network proposed that UNESCO monitor the adoption and implementation of legal guarantees of public access to information, as well as cases of journalists killed in the line of duty. Separately, under goals aimed at economic development, the report proposed indicators from the International Telecommunications Union on progress toward universal access to online information.

That’s a significant advance. The soberly phrased inputs of UN technocrats in this contentious area – showing that freedom of information and media is not only important but measurable, and in fact already measured by the UN in many ways – may overcome political and practical concerns in some wavering countries.  But diplomats stressed to NGO representatives at the UN Friday that transparency and accountability provisions in the SDGs remain vulnerable without sustained public support from civic activists in coming months – and more active coverage of the issue by the journalists whose interests an access-to-information commitment would help protect.