The Growing Challenge of Media Capture: Journalists and Researchers Analyze the Problem 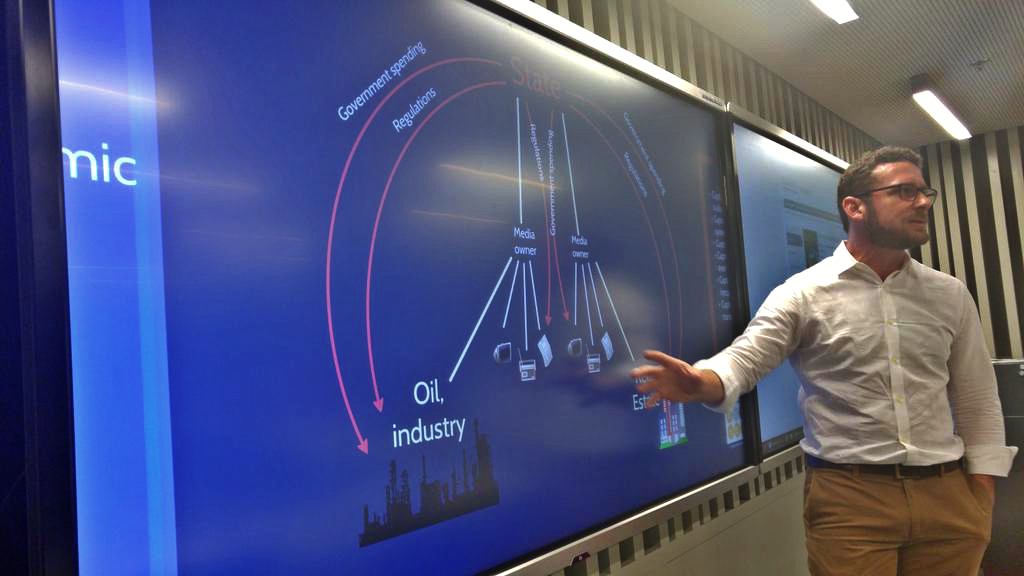 Beginning last week journalists, media workers, and researchers from around the world gathered in Budapest at the Central European University (CEU) to discuss a large and growing challenge facing each of their unique media environments: media capture. CEU’s Center for Media, Data and Society (CMDS) is hosting a two-week summer course where participants will learn about the complexities of media capture, how to recognize it in different contexts, and how to go about combating and preventing it. Nicholas Benequista, CIMA’s Research Manager and Editor, gave the opening lecture and shared CIMA’s recent research on the topic. He framed the problem and set the tone in terms of media capture’s threat to democratic societies: “Capture has a purpose – power, not money. It’s also structural, feeding on wealth concentration, inequality, and corruption.”

Analysis from countries as varied as Turkey, Nepal, and Germany shows that, while capture manifests itself differently in each context, it is a very real threat across the globe. From state closures of oppositional media houses to biased regulators and oligarchic media monopolies, each case has brought with it aspects of a “captured” media environment. “Media capture breeds bad governance and corruption, and simultaneously undermines progressive journalism,” says veteran journalist and discussion participant John Masuku of Zimbabwe’s Radio Voice of the People. “Journalists should understand media capture and fight it.”

Over the course of the two weeks, media experts, researchers, and advocates from RSF’s Media Ownership Monitor, the Committee to Protect Journalists, Human Rights Watch, and others will join the discussion to tackle a variety of challenges implicit in understanding and overcoming media capture.

As CIMA Senior Director Mark Nelson wrote in the foreword to Andrew Finkel’s report Captured News Media: The Case of Turkey, “Media capture is a means by which public opinion is manipulated, vested interests are preserved, and political control is consolidated by a small elite.” Without first diagnosing the problem, journalists and media advocates stand little chance of properly defending free and independent media from the risk of capture, much less overcoming it where it has already taken hold. This week’s discussion at CMDS continues as journalists, regulators, and media experts from around the world attempt to do just that.