Independent Media and the Pandemic: Lessons from the Global South 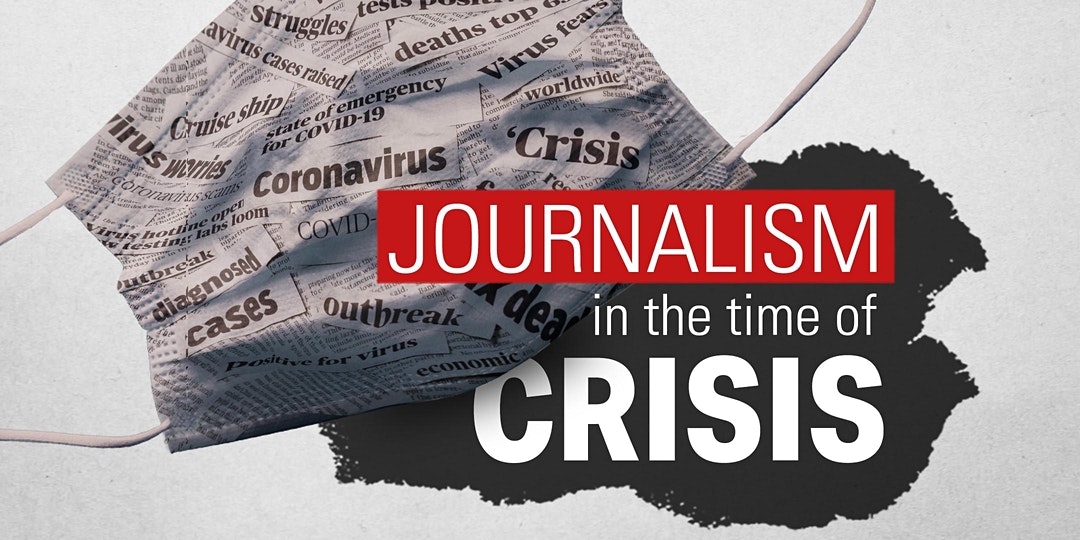 Logo for Carleton University's "Journalism in the Time of Crisis" conference.

This post is the first of a two-part series recapping CIMA-moderated panels held as part of Carleton University’s “Journalism in the Time of Crisis” conference.

As the pandemic continues to upend the daily lives of people around the world, journalists face new constraints in their efforts to hold governments to account and to ensure that citizens can access high quality, independent information. In some countries, governments are taking advantage of citizens’ distraction and the difficulties local reporters are facing to advance controversial policies and processes. For instance, in Zimbabwe, lawmakers held constitutional hearings in the middle of the pandemic in order to limit public participation and scrutiny and exclude citizens from the constitutional reform process.

Zimbabwe’s government is far from the only one to resort to undemocratic tactics. According to International IDEA’s Global Monitor of COVID-19’s Impact on Democracy and Human Rights, 99 out of the 162 countries covered by the monitor implemented measures to combat the pandemic that presented clear transgressions of democratic standards. The democratic backsliding that often accompanies a crisis demonstrates the importance of independent journalism to promote transparency and accountability, and to ensure citizens are kept informed. Despite the enormous challenges they are facing to produce accurate news and information during the COVID-19 pandemic, journalists around the world are stepping up to meet the ever-increasing demand for high-quality information.

On October 22, CIMA hosted “Journalism, the Pandemic, and the Global South”—a roundtable discussion on the challenges and opportunities that COVID-19 presents to independent media practitioners in the Global South. The discussion highlighted the experiences of panelists representing regional and global media organizations: Heba Aly (director of The New Humanitarian), Ayman Mhanna (executive director of the Samir Kassir Foundation), Sulemana Braimah (executive director of the Media Foundation of West Africa), and Laxmi Parthasarathy (chief operating officer of Global Press).

Though the pandemic has had catastrophic effects on media all over the world, in some developing countries—where small media markets and weak enabling environments for independent media challenge its viability at the best of times—the impact is even more severe. Furthermore, COVID-19 is one of multiple intersecting crises that have exacerbated existing issues of violence and economic instability. In these environments, independent media struggled to survive even before the pandemic due to government interference, weak economies , or media markets that are frequently captured by powerful business or political interests. Even so, the discussion made one thing clear: as much as the pandemic has posed new or intensified challenges for independent media, it has also highlighted its immense importance, particularly in contexts where the government is not a reliably trusted source of information.

Even as the pandemic poses what some have called an “existential threat” to independent media, it has also highlighted the need for strong local reporting. Aly pointed out that this need is especially pronounced in contexts where citizens do not trust their government to provide accurate information. Aly pointed out that the independent non-profit news organization she heads, The New Humanitarian (TNH), has seen its audience triple in number during the pandemic. TNH works with local reporters to cover humanitarian crises in several regions. During a crisis, Aly explained, the lack of trustworthy information from officials means that citizen demand for independent reporting and quality information can be a matter of life or death. And so, Braimah noted, the need for more reliable information comes with a need for more robust fact checking. Braimah discussed some of the work of the Media Foundation for West Africa (MFWA), the regional media support organization he leads, to help meet this demand. MFWA created a network of 50 radio stations across Ghana and set up a dedicated fact checking team to work with them and other media partners to ensure that information is properly verified before it is pushed out to the public.

In the wake of COVID-19, local journalists have stepped up in more ways than one. With travel restrictions preventing foreign correspondents from flying in to cover events on the ground, even big, international news agencies are forced to rely on local reporters. Mhanna noted that many of these larger outlets have even built up networks of young, local reporters and partnered with local digital native outlets who can effectively disseminate content on social media to reach a wider audience. Mhanna heads the Samir Kassir Foundation, a Beirut-based organization that supports freedom of expression and media development across the MENA region. Mhanna said that he expected this type of innovation to last beyond the pandemic and discussed the need to open discussions with tech companies to continue to explore new models for storytelling and content dissemination.

This newfound reliance on local reporters does not, however, mean that the work of reporting itself has gotten any easier. Higher demand does not necessarily translate to higher revenue—and journalists must contend with tight budgets, limited access to equipment, and personal economic insecurity. For this reason, several of the panelists discussed the psychological toll of the crisis on reporters and the importance of incorporating mental health support into journalism support projects. In addition to the difficulties local journalists have faced during COVID-19 as they navigate government restrictions on movement with limited access to proper equipment or funding, they face challenges to mitigate the risk of transmitting the virus to vulnerable communities. Even so, Parthasarathy noted, local reporters have nonetheless succeeded in telling the stories of the pandemic’s impact on vulnerable communities and of local efforts to combat it in ways that others could not. She cited the work of local reporters employed by Global Press, the international news organization she leads, on how the pandemic affected sex workers in Kampala, Uganda, and on the efforts of epidemiologists in Mongolia to combat the pandemic.

Government Restrictions on Media in Crisis

Governments around the world are using the COVID-19 crisis to impose new restrictions on media freedom. In addition to enacting laws to restrict independent media, and intimidating journalists, the panelists highlighted the less overt forms of censorship that governments employ to silence media during a crisis. Parthasarathy described a form of “invisible censorship,” where governments deliberately make it more difficult for reporters to do their jobs by giving them contradictory information about legal or administrative requirements. She gave an example from Zimbabwe, where the government designated reporters as essential workers who could work freely amidst lockdowns so long as they carried their 2020 press passes. One problem: the government had yet to issue 2020 press passes. When reporters went out carrying their 2019 passes some reporters were questioned by officials or arrested.

This subtle form of censorship has gone hand in hand with attempts to harass reporters and limit their ability to do their jobs. Journalists have been subject to intimidation through arrests and criminal fines, Braimah said, as governments use the threat of misinformation to control what news can and cannot be published during the pandemic. He cited an example from Nigeria, where 12 journalists were arrested for breaching lockdown rules when authorities stormed the press center of the Adamawa State Secretariat of the Nigerian Union of Journalists, where journalists gathered regularly. This, Braimah noted, was one of many such incidents that took place throughout the region. Both Braimah and Mhanna also noted that many countries have utilized laws ostensibly meant to combat fake news and disinformation to crack down on journalists during the pandemic.

While demand for more credible, verified information has reaffirmed the importance of independent media, the economic impacts of COVID-19 are crippling news outlets around the world. The panelists all represent organizations that rely on donor funding as their primary revenue source and have not therefore suffered the same financial hits as media outlets, which often rely in part on advertising revenue. Even so, they acknowledged the financial toll the crisis has taken on independent media, with many news outlets globally closing, some temporarily and others permanently, as a result of the pandemic. The outlets that have survived to date have implemented cost-saving measures, such as massive layoffs, or reductions in coverage. As Braimah pointed out, a lot of independent media has undergone a process of “digitization without monetization,” building up their digital content and successfully attracting more readers even as they continue to lose revenue.

The big challenge for media going forward, Mhanna said, is “how to meet content innovation with economic innovation.” Media quality and diversity suffers when journalists have to make compromises to make a living, he added. This is why his foundation’s media recovery fund, set up to help local journalists in crisis after the Beirut explosion, provides support not only for things like equipment and investigative work, but also for journalists’ physical and mental health, as well as their economic livelihoods.

Given the often-unacknowledged role of journalism as a public good, Aly reiterated the need to support media’s economic sustainability: “you can’t have a free media if the media can’t afford to survive.”

Malak Monir is the Assistant Editor at CIMA. In this role, she supports the work of the editorial team and assists with CIMA’s research, blog, and publications.