Information Laundering and Globalized Media — Part I: The Problem 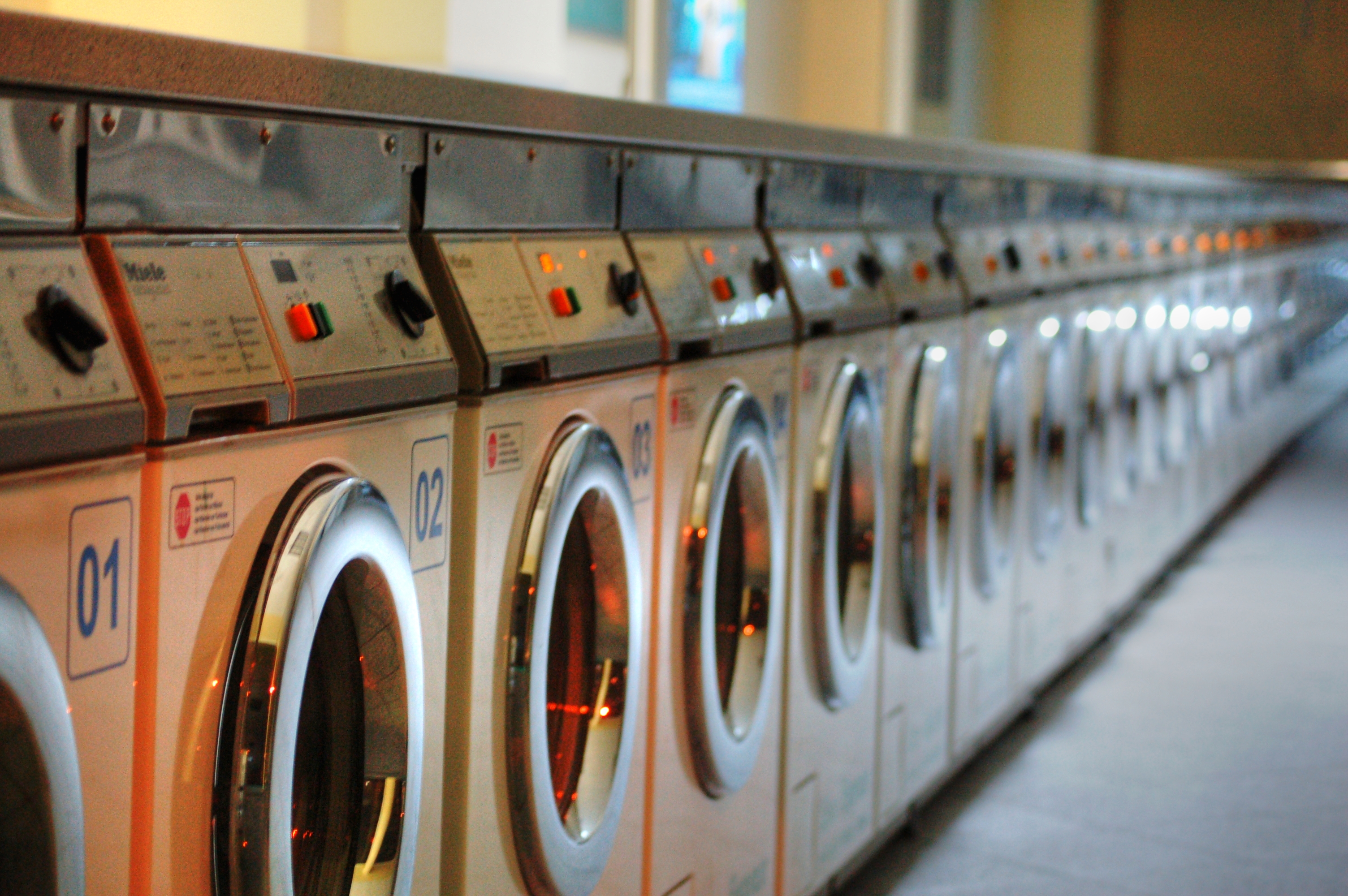 Row of washing machines at a laundromat in Düsseldorf, Germany. Photo by Henning Mühlinghaus (CC BY-NC-ND 2.0).

Money laundering is a familiar story: “dirty money” generated through illicit means must be “cleaned” through a series of phony transactions that make its sourcing appear legitimate before that money enters into a financial system undetected. The complexity, interconnectedness, and opacity of the global economy facilitate laundering and confound attempts to track dirty money. In Part I of this two-part blog post, I will argue that we see parallels to money laundering in the ways “dirty information” from sources such as intelligence services and fake news profiteers changes hands until it appears as legitimate “news” with its original provenance obscured. “Information laundering” is a useful concept to describe a systemic problem and to compare a spectrum of transactions ranging from coordinated disinformation campaigns to lazy “churnalism.”

The basic steps of money laundering are “placement” in the financial system, “layering” through a series of banks and merchants, and finally “integration” that allows the launderer to use the money and reap benefits in apparently legitimate transactions. To show how the same steps take place when laundering dirty information, we can consider this example from an article on American and Soviet propaganda operations in India during the Cold War:

A notable KGB’s [sic] propaganda success in India occurred in December 1972. That month, three of India’s leading newspapers, The Times of India, Hindustan Times, and Indian Express, reproduced a story which had first appeared in the Kuwaiti daily, Al Siyassa. The news report claimed that the CIA had been complicit in a series of plots to assassinate Indira Gandhi. In the Indian parliament, communist MPs seized on the news and demanded an official investigation to establish its veracity… Al Siyassa, it was noted, had established a reputation as an independent, politically moderate, and well-informed Arab newspaper, with no previous connection to Soviet intelligence. Its editor, Ahmed Jarallah, was generally regarded as a pro-Western and conservative figure… By filtering anti-CIA propaganda through Jarallah or, more plausibly, a junior member of the Al Siyassa staff… the Soviets had ensured that counter-accusations that the newspaper was a vehicle for KGB propaganda “would probably ring false.”

The information that the CIA was involved in plots against the Indian prime minister was “dirty” in that, if readers knew it was sourced from the Soviet intelligence service, they would likely identify it as disinformation or malinformation. But the information appeared cleaner with each successive transaction: first it was placed in a Kuwaiti newspaper, then layered through Indian newspapers. Laundered information can be said to have achieved integration when it is cashed in: presented as legitimate information and used to do something, as when communist members of parliament used it to score political points and call for an official investigation.1

At the heart of laundering is an attempt to signal the cleanness of a product to observers by circulating it through multiple, legitimate-looking organizations. Those organizations may be knowing conspirators or unwitting accomplices. This division of labor among organizations differentiates laundering from mere “cloaking”, that is, when a single organization attempts to signal legitimacy through linguistic and paralinguistic cues. For example, a white supremacist organization might create a website that with an academic-sounding title that uses the vocabulary of civil rights or a fake news website might take pains to mimic the writings style and site design of real news outlets. In its lightest form, cloaking can be as simple as rebranding, for instance from Russia Today to RT, in a way that makes an information source’s affiliation less obvious.

Cloaking may occur at the initial placement step of information laundering—who better to serve as the initial carrier of dirty information than one’s own front organization?—but cloaking can only go so far in signaling reliability. Discerning observers care not only about appearance but also about an information source’s reputation, which is more difficult to mimic because it is built up over time.

Laundering borrows the legitimacy and reputation of the organizations through which it circulates information. In the aforementioned case, the Kuwaiti newspaper’s reputation signaled the propaganda’s authenticity. As with money laundering, layering across national boundaries can be particularly effective because legal and cultural differences can make it more difficult for auditors to trace the flow of information or to evaluate involved organizations.

The Cold War-era example above reminds us that information laundering is not new.2 Since the early 20th century, public relations representatives have recognized that consumers are more receptive to information delivered through a journalistic publication in such a way that masks the original sourcing. Nonetheless, as information technologies and economies change, so too might the scale and techniques of information laundering. Criticisms of 21st century “churnalism”—that is, journalism churned out through minor revision of prepackaged materials like press releases and wire reports and then passed off as original reportage—have argued that the technology, economics, and pace of journalism make this form of information laundering both easy and profitable. Similarly, scholars have argued that “native advertising” is both on the rise and ever more easily mistaken for credible journalism, particularly in digital media. A native advertisement is content that a different organization (usually a commercial company) has created or paid for that are placed alongside actual journalism on the pages or web pages of news organizations—placement, layering, and integration all happen in a single step. The case of native advertising is interesting in pushing the boundaries of what we might label information laundering: is a fine print disclaimer that viewers are looking at “sponsored content” sufficient to alert them to the information’s true sourcing, and that the content is not really produced by the news outlet they know and trust?

Other borderline cases of information laundering can be found in the conglomeration, franchising, and re-branding of news organizations. Are television news segments and scripts created at the country level by a telecommunications conglomerate but passed off as local journalism when broadcast on seemingly autonomous stations it owns laundered information? Are articles published under the Independent UK’s masthead but written by the Saudi monarchy-linked Saudi Research and Marketing Group in a brand licensing deal? Should “news” created by a government public relations machine but repackaged, with nominal oversight by independent editors, as the product of a British newspaper be considered laundered? There is as yet nothing close to an international consensus on where to draw the line between business as usual in a globalized media economy and unethical obfuscation of information sourcing.

As with money laundering in the global economy, the methods of laundering information or of finding loopholes that skirt the line of it, may be growing in sophistication as information technology advances, including in more clear-cut cases of malicious information operations attempting to pass off propaganda as news and hide their tracks. A Citizen Lab investigation detailed the internet-savvy methods of a foreign state-aligned network that placed political disinformation in the social media sphere using cloaked accounts and imposter web pages. The network managed to turn Canadian news organizations into unwitting accomplices in integrating that information into the mainstream—at least for long enough to sow confusion—and then deleted content and redirected web links to further frustrate attempts to track down the information’s original sourcing.

We can compare and rank all the cases cited above according to 1) degree of opacity of sourcing, which is in probably highly correlated to the number of layering steps taken before information reaches the mainstream, 2) the degree of dirtiness, that is, the degree to which news consumers’ interpretations of information would change if sourcing was transparent to them, and 3) the degree to which organizations complicit at placement, layering, and integration stages are knowing conspirators or unwitting accomplices.3 Establishing these axes for comparison can help us consider which forms of information laundering are the most serious threats to public knowledge and democratic politics. Considering such a variety of cases with reference to the unifying concept of information laundering can also point us toward a set of broad recommendations for transnational governance efforts to improve the health of the media. I take up this last point in Part II, drawing on lessons learned from attempts to combat money laundering to offer some preliminary suggestions for at least how and at what governance levels the problem of information laundering should be addressed.

1.  A New York Times video series recently recounted a similar KGB operation in which news that the AIDS virus was an American biological weapon was laundered through an Indian magazine, the Russian newspaper, then East German scientific report, and then on to publications around the world.

2. Adam Klein has previously written about the concept of information laundering as “an Internet-specific theory” that depended upon “the Internet’s unique properties” and features such as blogs, search engines, and social media networks, which unnecessarily limits the scope of the concept. Klein may, however, be correct that the internet has democratized information laundering, making it an option available not only to powerful actors like states but to fringe subcultural groups with relatively few resources. Similarly, students of money laundering have pointed out how easy it has become to engage in unsavory, if not always illegal, practices such as offshoring money and establishing shell companies in today’s digitized and globalized financial system.

3.  How we define mainstream, and for that matter the degree to which a mainstream exists or is significant relative to a plurality of media subcultures, is a question that cannot be answered here, and so when “layering” ends and “integration” begins depends on whose perspective and which outcomes we are interested in. If studying the laundering of information to conspiracy theorist subreddits, we could likely consider integrated after fewer layering steps then if we were studying the role of network television news in popularizing conspiracy theories.