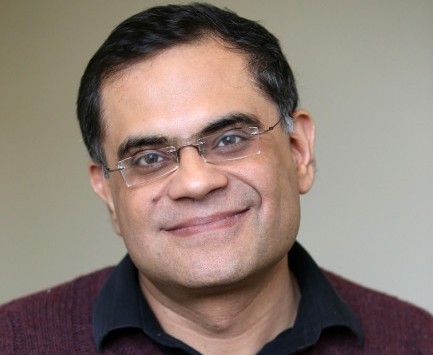 Raza Rumi is a Visiting Fellow at the National Endowment for Democracy. The views expressed here are his own.

The unresolved debate on freedom of expression was reignited when Islamic militants killed 14 staffers of French magazine Charlie Hebdo last January, ostensibly for the cartoons that offended Muslim sentiments. Earlier this year, two secular bloggers were hacked to death in Bangladesh. In other countries such as Russia and Iran, writers and journalists languish in prisons on similar charges. The intersection of faith, politics, and history has influenced the global debates on the “limits” to freedom. In June, the Center for International Media Assistance, in collaboration with Media Diversity Institute, held a panel discussion on the limitations on the state of media in multicultural societies. An all-women panel, a rarity in itself, included Razia Iqbal (BBC), Courtney C. Radsch (CPJ), Milica Pesic (MDI), and a well-known academic Verica Rupar.

Negotiating freedom of expression and respect for diversity is a delicate balancing act. The current crisis – of “Western” values versus Islamic teachings – is far beyond the problem of media ethics. Razia Iqbal at CIMA raised crucial questions about the social responsibility of journalists. For instance, is freedom of expression sacred, or is it a subjective construct located in the context of every country? The responses were spirited. Some felt that freedom of expression was linked to other rights such as privacy; and therefore it ought to be viewed in a subjective context. Panelists agreed that freedom of expression was a universal right, but that under certain circumstances, limitations were understandable. Journalists have to act in public interest, as they give voice to and act as public watchdogs on behalf of society. Therefore, media persons have to exercise discretion in deciding what to print or broadcast. That is at the core of the idea of “social responsibility.”

Should journalists practice self-censorship and stay away from certain issues in multicultural societies? One panelist noted that journalism does not exist outside the boundaries of a given society; thus, it should reflect the inherent multiculturalism of a particular context. But this leads to self-censorship. The case of Egypt, among others, is instructive, as unprecedented self-censorship is taking place there due to the pressures exerted by the state and lack of legal protection available to journalists. Multiculturalism entails respect for free speech and the availability of public space to enable diverse groups to air their views. Violence changes this dynamic—perhaps for good. This is why Charlie Hebdo’s editor has announced that the magazine will no longer publish cartoons of Prophet Mohammad.

Whether Islam allows physical representation of sacred figures is another contested idea. Since the protests against cartoons published by a Danish newspaper in 2005, there has been little debate within the Muslim community on the subject. There is no explicit Quranic verse or even a legal doctrine that prohibits drawing Islamic figures. Lampooning or satirizing, however, is another matter.  Transposing contemporary prejudices bordering on Islamophobia upon journalism is surely offensive. It reproduces the partial, half-baked views on Islam and Muslims. Still, can violence be a response—or worse—justify it? No.

The idea of circumscribing expression while respecting a political or cultural context is inherently problematic. In authoritarian societies such as in the Gulf, the state defines the “public interest” in ways that further its own agenda. In China or Iran you cannot deviate from the party line. Should journalists adhere to such limits and make independent reporting subservient to such imperatives? Clearly, freedom of expression is non-negotiable.

Violence in response to journalistic endeavors has taken place not because writers and publishers have crossed certain “limits.” It takes place for political reasons, which are matters to be dealt with by states and not the journalists. The lack of integration of some Muslims in Europe is something that the governments there have to address. Similarly, the battles within Islamic thought need to be dealt with by the intellectual elites of the Islamic world.

The argument that Charlie Hebdo or some other Western publication crossed certain limits is hollow. Saudi blogger Raif Bidawi was lashed and has been imprisoned for questioning the role of religion in statehood. He has neither attacked any revered figure of Islam nor propagated atheism or apostasy in an Islamic Republic. Yet, the theocratic state of Saudi Arabia is inflicting violence on him.

Religion, “security,” “national interest,” and other known alibis to curb media freedoms are going to persist if we continue to view repression as justifiable, and violence as a “reaction.” The freedom to report and speak up is vital for the health of societies. Otherwise the list of limits could be unending.