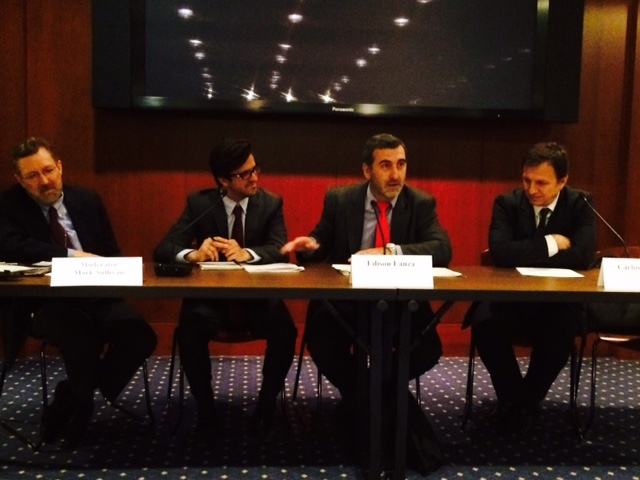 At a briefing on the state of freedom of expression in Latin America on Capitol Hill today, Edison Lanza, special rapporteur for freedom of expression for the Inter-American Commission on Human Rights, and Carlos Lauría, CPJ’s senior Americas program coordinator, plowed through a depressing litany of the challenges to news media in most of the region:

Lanza began his remarks at the briefing, which was sponsored by Democratic Rep. Sam Farr of California as part of a monthly series, by pointing out that 2014 was the worst year for attacks against journalists in the last five years, with 25 journalists killed as well as two of their relatives. By contrast, the office of the special rapporteur tallied 18 murders the previous year.

So what about Cuba, then?

In Lauría’s view, the elimination of the requirement for Cubans to obtain exit visas opens up the opportunity for Cuban journalists and bloggers to travel and write about events in Cuba. There is “a vibrant community of bloggers” in Cuba now, he said, highlighting the work of Yoani Sanchez. Lauría said he is hopeful that when Cuba and the United states re-establish diplomatic relations, there will be more dialogue and more space for media.

Who would have thought?