Media in Conflict: The Case of Zello 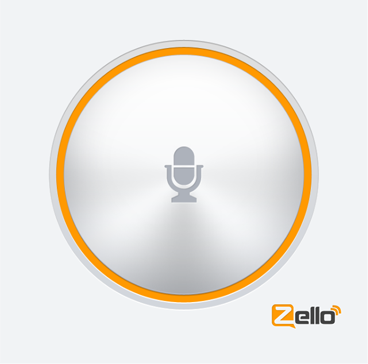 Often, in situations of conflict or war, the media is fueled by rumors. Conflicting political parties or others who have control of the media can pursue specific political agendas, regardless of the veracity of their information. The battle to inform the community can lead to an overload of information. This surplus of news, both wrong and right, can taint the perception of mainstream media.

Zello, a free push-to-talk application for smartphones, tablets, and PCs, has helped journalists to build back a trust in the media and the information they put out, specifically in regions like Gaza, the West Bank, and more recently Lebanon. Zello was designed as a personal communication tool, turning a mobile device into a two-way radio. Allowing for real-time interaction, the app also provides the ability to replay conversations.

I sat down with Julia Pitner, regional director for the Middle East and North Africa at Internews (leading programs in the West Bank and Gaza), to find out how the people within this warzone were able to transform Zello from “a walkie-talkie app” into a journalistic tool for the community.

As Pitner put it, “In a time of war all kinds of rumors fly around, faster and more often than the rockets do.” With mobile use so prominent in the community, Zello was introduced in Gaza as a tool to run down the rumors as a mobile source of verified media. After the Arab Spring, there was an explosion of social media use to spread news and information—but the result was many citizens’ inability to decipher what was true or not. Learning from this experience, Pitner described Zello as “a backdoor way of media literacy,” to act as an open source, and to verify what was being put out in the media.

Internews started a group on Zello that used a handful of “teachers,” so to speak, to train students and graduates in Gaza. They were taught the basics of how to find, cover, verify, and report news based on a set of editorial principles (very closely aligned with the principles of journalism in America) that the group agreed to follow as journalistic guidelines.

These editorial guidelines, along with administrators regulating a specific Zello group, provide the supervision and control in order to achieve a verified source of information. While anyone can use the app, to contribute to it, journalists and citizens alike must report three stories that must be confirmed in order to join the group as a “trusted journalist.” That title enables them to continue to report valid information to the public using the app.

This two-tiered system of 1) real-time reporting, that is 2) verified from other sources, provides a new approach to the media environment, and can help mitigate potential conflict that would arise from misreported facts.

The extreme difference between what is reported and the truth—and the consequences of misreporting facts—is something that Zello works to minimize. It does so via trusted journalists and tuned-in citizens throughout the area who are instantly reporting what they see.

Providing the community with training through real practice in real settings reaching anyone with a mobile device allows for small media outlets to remain independent, and promotes effective media development in the entire region.