Investigative Journalism in the Philippines 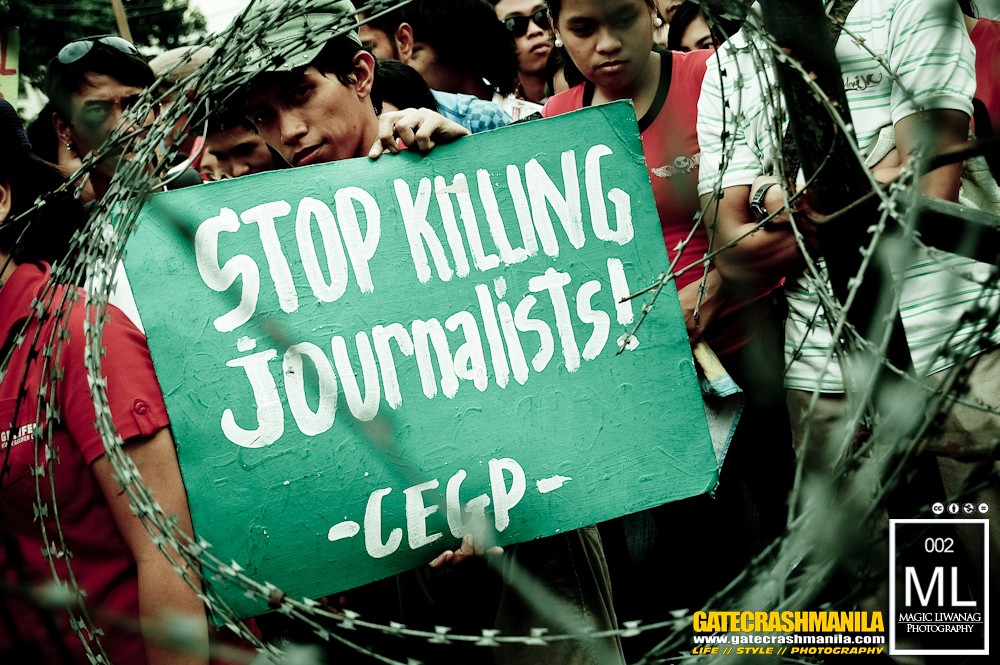 Map of the Philippines. Maguindinao is in the southern province of Mindanao.
From WikiCommons

On November 23, 2009, a convoy of 58 men and women, 32 of them journalists, were slaughtered by gunmen outside of Ampatuan, a town in the southern Philippine province of Maguindanao.  The victims were headed to the provincial office of the Commission on Elections to watch the wife of Esmael Mangudadatu file his certificate of candidacy for Maguindanao’s gubernatorial post.

The Ampatuan Massacre underscores the chaos and violence of Philippine politics — it was carried out on orders from the Ampatuans, a clan who has traditionally controlled Maguindanao and who, by all accounts, wasn’t eager to sacrifice this control.  Furthermore, the massacre spotlights the culture of impunity enjoyed by those in the Philippines who threaten and kill journalists.

Every year, the Committee to Protect Journalists releases its Impunity Index, which measures cases around the world where journalists are murdered but their killers go unpunished.  Since 2010, the Philippines has ranked number 3 on the index, behind only Iraq and Somalia in 2013 and 2014.  In the case of the Maguindanao Massacre, Freedom House notes that just 104 of the 196 suspects have been arraigned and only 108 arrested.

According to a report by David E. Kaplan to CIMA, investigative journalism is more systematic and in-depth than other reporting.  Kaplan’s definition echoes the scientific method, involving a question or issue to be tackled, intense background research, the forming and testing of a hypothesis, and the analyzing and communication of results.  The proper application of this methodology only comes with intense training that emphasizes the use of primary sources, fact-checking, public records, and computer-assisted reporting.  Investigative journalists must be patient and thorough, as their stories can take more than weeks or months to complete.

In particular, Kaplan notes that the Philippine Center for Investigative Journalism (PCIJ) “has grown into the gold standard for investigative reporting in Asia.”  The center was founded in 1989 and has since broken stories in a variety of platforms and media, produced eight documentaries, and brought to light government corruption and corporate abuse.  Trainers at the center have educated investigative journalists not only in the Philippines, but throughout Asia, as well.