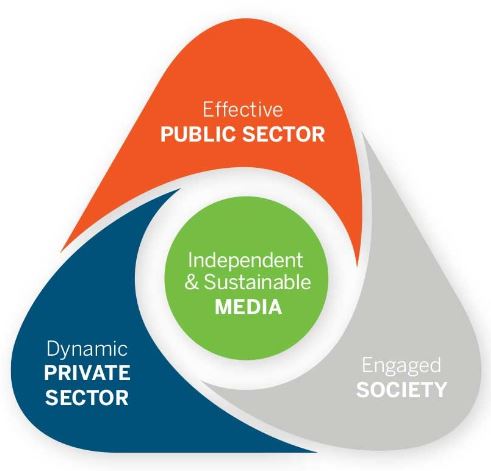 Understanding the politics of media development is required to better support enabling environments for free and independent media in emerging democracies.

Media development has not produced the results that many had hoped for in the early promising years of the post-Soviet period. In CIMA’s latest paper, we deal with the prickly issue of The Politics of Media Development. The aim of the paper is to start a conversation about the political nature of media systems and how the media development community should think and act more politically in its approaches to improving the enabling environment for free and independent media. With better understanding of the external forces that drive and shape media systems in developing countries, donors and implementers could develop more sustainable and locally-driven interventions to strengthen the enabling environment for independent media.