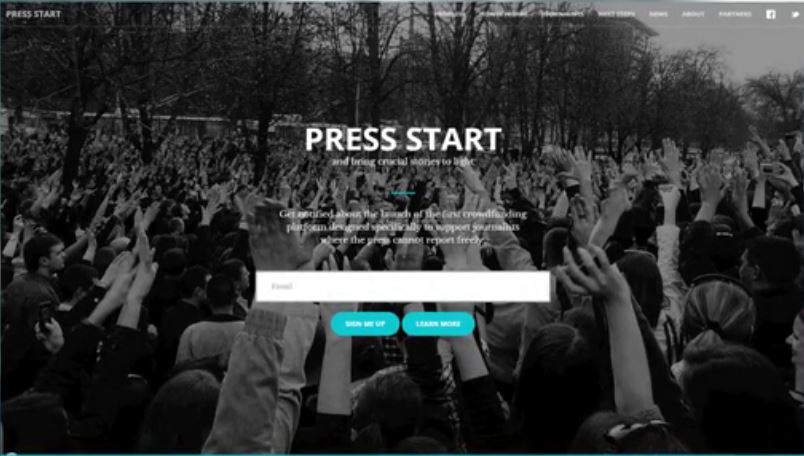 Do you live in a country where the media are not beholden to political or business interests? Where journalists are free to write they want, without fear of fines, beatings, imprisonment, or worse?

If so, consider yourself one of a privileged few – a mere 14 percent of the world’s population, according to Freedom House.

Today, the vast majority – more than six billion people – live in countries where journalists risk their careers, and sometimes lives, to report on governments, businesses, and other powers, exercising what is a democratic right in other nations.

But there are still those brave enough to do it anyway, despite the threats. They deserve our attention and support – especially as authoritarian states and movements grow bolder in the world and are ever more ready to clamp down on those who would hold them to account.

The free flow of information has never been more vital, but crippling political and financial pressures mean independent media struggle to survive, to produce quality journalism, or even to pay their reporters – no matter how talented and courageous they are.

In response, we have introduced Press Start, the first global crowdfunding platform specifically created to fill that gap. This is a project designed to create a new and revolutionary way to fund independent journalism in societies that are not free and emerging democracies. The site will connect journalists seeking to report the stories important to their communities with people around the world who believe in a free press and appreciate its importance to democracy.

Past experiments in crowdfunding journalism have usually limited their ambitions to raising funds for a single project. But Press Start will raise funds for a series of articles spread over several months, offering some stability and a lifeline for reporters working under difficult circumstances to practice the watchdog journalism so necessary for democratic development.

We have received initial support from the National Endowment for Democracy to develop the prototype, but we have also recently launched a Kickstarter campaign to raise funds to operate the site and to assist our first profiled journalists in reaching their funding goals.

Now is the time for transformative initiatives. Without reporters serving as watchdogs, corruption and bad governance will flourish, anger will build among disgruntled and disenfranchised citizens and fragile states will continue to deteriorate, with unforeseen consequences for the rest of the world.

Jeremy Druker is the founder of Press Start, and the executive director of Transitions (TOL), one of Central Europe’s leading journalism trainers. The organization also operates a popular news site on the post-communist region, Transitions Online, which was a founding member of the Guardian’s New East Network.