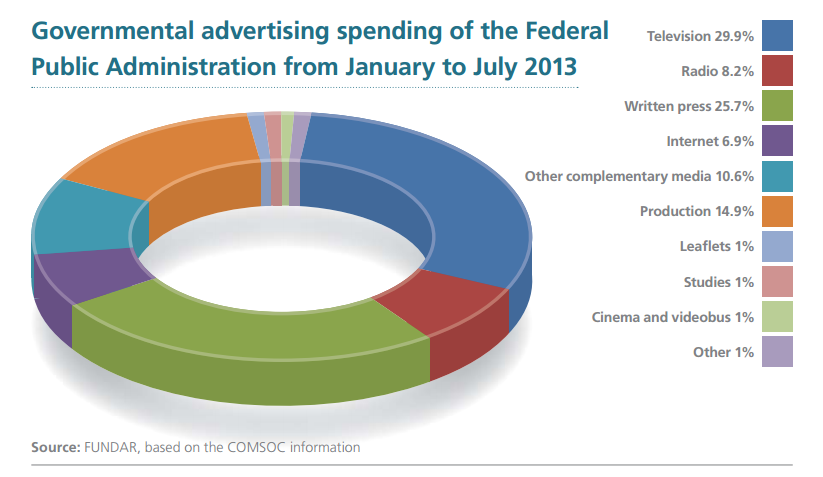 CIMA Releases Next Report in Series Partnership with WAN-IFRA

When international media watchers think about Mexico’s press, the first image that often comes to mind is the tragedy of journalists getting killed or censoring themselves in an effort to avoid that fate.

But Mexico’s news media has another problem with censorship: indirect or “soft” censorship­–the use by governments of their financial power to apply pressure on news media.

In cooperation with CIMA and with support from the Open Society Foundations, the World Association of Newspapers and News Publishers (WAN-IFRA) has launched a series of reports examining the problem of soft censorship in several countries. The first two, looking at Serbia and Hungary, were published in January.

The third report in the series, Buying Compliance: Governmental Advertising and Soft Censorship in Mexico, released today, highlights a rich menu of the problems:

In the aggregate, these findings present a dismal outlook for media in Mexico. The report offers a number of recommendations for government entities and media organizations in Mexico that deserve consideration and support by media development groups.