“Television and the Afghan Culture Wars:” An Analysis of Media and Nation Building 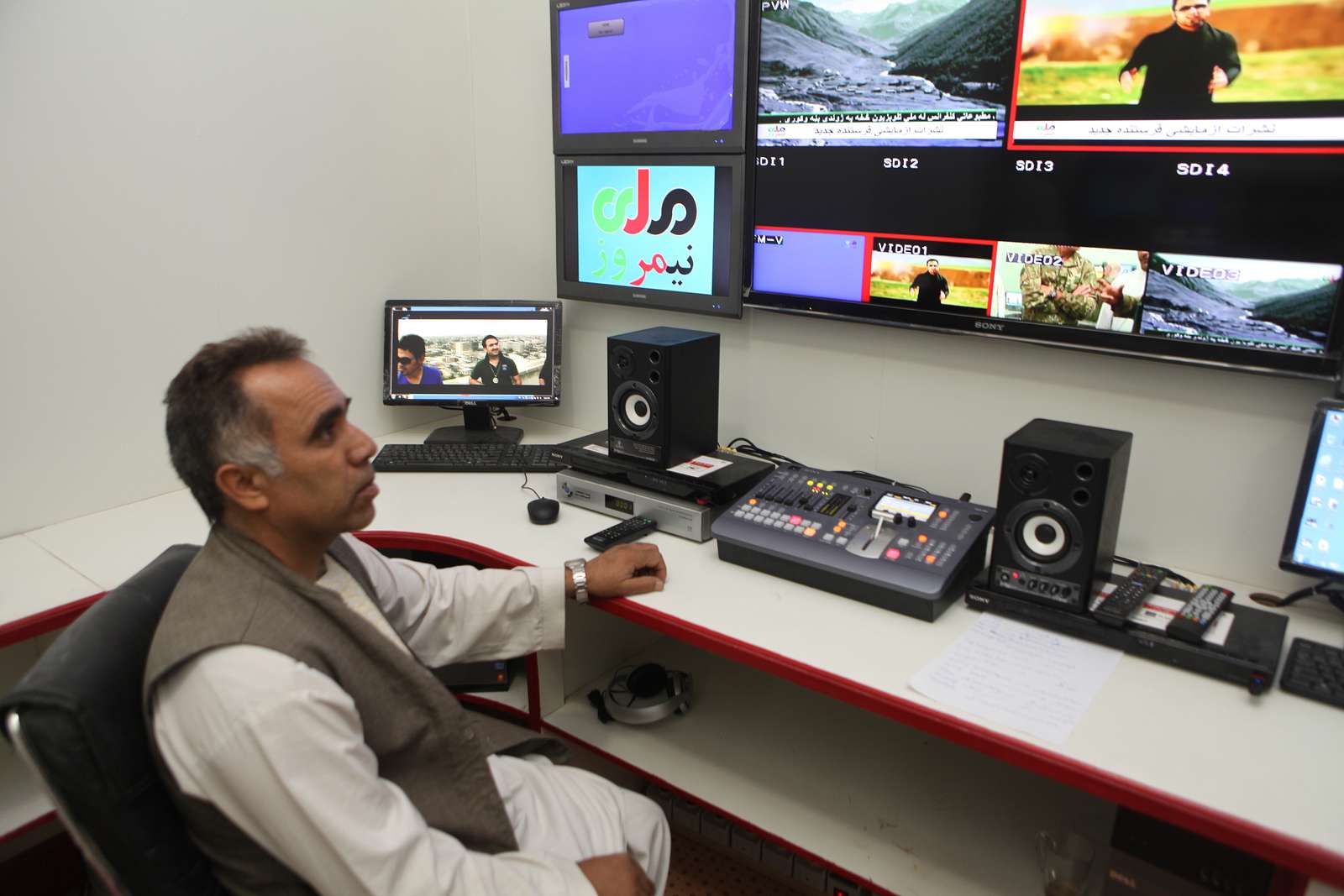 In August 2021, the Taliban upended two decades of international media development efforts in Afghanistan. Both the press and the entertainment industry had been relative success stories amid an otherwise bleak landscape of a corrupt and ineffective donor-dependent state and persistent poverty and violence. The progress made during those years, the tensions and challenges inherent in a warzone, and the donor-funded media sector are the subject of Temple University professor Wazhmah Osman’s 2020 book Television and the Afghan Culture Wars: Brought to You by Foreigners, Warlords, and Activists.

Central to Osman’s evaluation of what did and did not work in Afghanistan is her distinction between the “imperial gaze”— “top-down, short-sighted,” and only considering “the interests of the imperial country”—and the “development gaze”—“well intentioned, well researched, collaborative, participatory, financially equitable, and ground-up”—toward media. Imperial projects claimed to promote development and democracy but recruited Afghan media to serve as public relations campaigners for foreign political and economic interests. The efforts were to some extent self-defeating. For example, television stations that were disincentivized from showing civilian casualties of American military operations lost public credibility.

The line between imperialism and development is, Osman admits, never clear-cut. Virtually all the TV producers she praises and all the media projects she herself assisted for over a decade were heavily dependent on aid directly or indirectly from foreign governments, especially the United States. But that shared aid dependency did not automatically lead to uniformity in news coverage. Even among outlets supported by the US government, or run by political factions beholden to the US, Osman found a great deal of diversity of perspectives. She credits them with developing professional reporting practices that held elites accountable. In the Afghan mediascape, mud was slung in all directions, with no monopoly on political messaging. Afghan audiences were, for their part, savvy news consumers who learned to factor in sources’ ethnic, factional, and international affiliations when evaluating their information.

Relationships between Afghan media organizations and foreign backers tended to be opaque, however, and TV station owners obfuscated their revenue streams and international ties in order to present their companies as independent and authentic voices. There is likewise a tension between the reality that many channels are owned and staffed mostly by members of a particular ethnic group (whether Tajik, Hazara, Pashtun, or Uzbek), which affects their perspectives and editorial choices, and those channels’ aspirations to address a national audience weary of ethnic and sectarian factionalism. Media, then, were constantly walking a tightrope between catering to their international and core ethnic backers and producing news and series to please a wider audience that valued the Afghaniyat (Afghan-ness) of content.

Osman’s discussion of foreign aid dependence raises fundamental questions about how sustainable and fair this vibrant mediascape was, even before August 2021. Even media producers who claimed to recoup a large share of their operating costs through advertising revenue confessed to Osman that most of that ad money came from broadcasting public service announcements and public information campaigns paid for—directly or indirectly—by the US government. Producers at smaller outlets around the country also complained to Osman of nepotism and favoritism in foreign donors picking winners, often based more on their ability to present themselves favorably on the international stage than on their actual responsiveness to Afghan demand or to issues of importance within the country.

Afghan audiences, for their part, wanted justice and retribution, expecting journalists to “publicly shame every corrupt politician and government official.” Many Afghan TV channels did deliver on this demand with exposés of warlords and officials—usually of rival factions of the channels’ owners—but such bold reporting put journalists at risk. Osman became accustomed to seeing a showcase of “media martyrs”—personnel assassinated or killed in terrorist attacks—whenever she walked into the lobby of a TV station. Osman profiles numerous television producers and performers murdered for their work and describes cases of struggles over TV censorship. International diplomats and NGOs could and sometimes did play a helpful role in protecting journalists and pushing against government infringements of press freedom because of the leverage they held over an Afghan state heavily reliant on their help—perhaps a silver lining to the donor-dependent state.

In other cases, international pressure and rights promotion actually put media workers in danger. Osman points out that it was women who disproportionately faced violence for their roles on TV, especially when they appeared on screen as reporters, actors, or reality show talent despite the country’s conservative cultural norms. Whether for presenting the news wearing insufficiently veiling clothes, investigating human rights violations, or singing and dancing in televised contests, these women were targeted with relatively impunity. Funding organizations encouraged media producers to spotlight women in the service of an international narrative of uplifting Afghan women but then failed to press those producers to act responsibly toward their female employees.

Osman asks, “If the goal of a television station really is to improve the position and status of Afghan women, as many television station owners soliciting international aid claim it to be, should not its internal policies reflect a dedication to supporting women’s safety and long-term well-being?” She further draws an important distinction between interests of media owners and of the rank-and-file of their organizations, criticizing the former for “profiting off . . . female stars while being negligent of their safety.” Donors, Osman argues, did not do enough to make their aid to media organizations conditional upon measures to protect the safety of their personnel.

Since the Taliban’s military victory, and the subsequent exodus of much of Afghanistan’s media personnel and internationally supported elite, some of the broadcasters Osman describes have folded altogether, others are attempting to weather the storm and reach accommodation with the new government, and still others are reformulating themselves as transnational operations with management abroad and staff inside the country.

Even though it describes what is to great extent a lost world, Television and the Afghan Culture Wars remains relevant. It is well worth considering lessons from the preceding years about the complexities of aid relationships, the place of women in the media, and journalist safety. Osman’s book offers thought-provoking insights for media organizations, donors, and aid implementers as they recalibrate and reconsider international engagement with Afghan media inside and outside of Afghanistan.