The Gatekeeper to End All Gatekeepers? Social Media and the Transformation of Journalism in Developing Countries 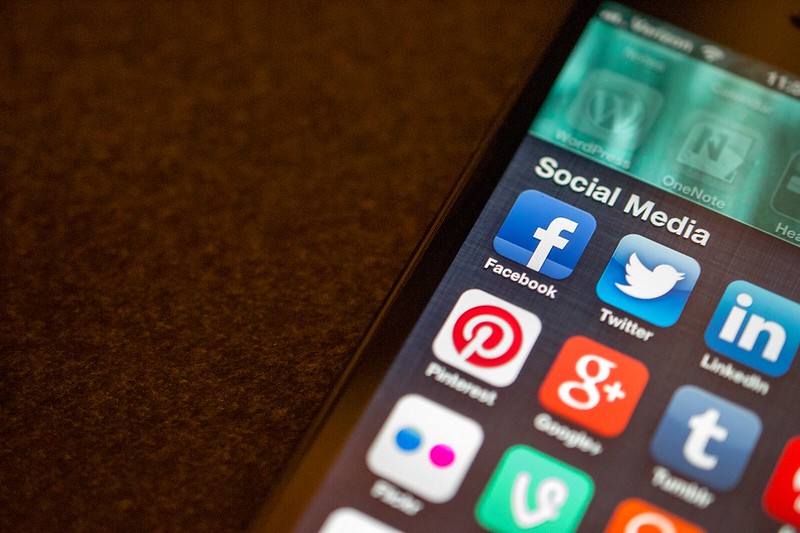 Journalists are some of the world’s most prolific social media users. Facebook, Twitter, YouTube, and WhatsApp have become essential tools for independent journalists both to collect information for their reporting as well as important channels for news dissemination. Yet truth-seeking journalists have not been the only ones to benefit from these new platforms. Malicious actors have found ways to use them to their own advantage by seeding these spaces with false information to promote their own narratives.

How then can journalists make sure their content stands out in a sea of dubious information? And what is the role of tech platforms like Facebook and Twitter in fostering an enabling environment for news media? These questions are especially important in developing countries where platforms have an outsized level of influence on public life despite being far removed from these countries’ political and economic realities.

As a jointly appointed Mark Helmke Postdoctoral Scholar in Global Media, Development, and Democracy at CIMA and Indiana University (IU) these are issues I think about a great deal. My most recent research project looks at one side of this equ­ation: whether social media truly allow journalists to bypass the traditional gatekeepers of information to feature more diverse voices and viewpoints in their narratives.

To explore additional dimensions of aforementioned questions, CIMA and IU’s Digital Ethics project cosponsored a virtual roundtable titled, “The New(s) Gatekeepers: Social Media’s Impact on Journalism in Developing Countries.” I joined a panel of speakers with expertise spanning journalism practice, digital advocacy, and media studies: Aric Toler (Bellingcat), Dragana Obradović (Balkan Investigative Reporting Network), Simon Allison (Mail & Guardian), Julie Owono (Internet Sans Frontières). Each of us brought our own regional and professional perspective, but a global picture of the current state of journalism in the shadow of social media emerged through our conversation.

Social media are opening new avenues for freedom of expression for alternative narratives. As Owono, who was herself a citizen journalist, pointed out, these platforms can provide a space for narratives that aren’t typically featured in traditional media. “The ability to have access to such platforms like social media has expanded the ability of normal citizens [. . .] to tell their own stories,” she said. “I think this has been so essential, even for big media organizations which had been criticized for focusing on the same parts of the world or talking about certain parts of the world with the same narrative all the time.”

Unfortunately, social media can also have a homogenizing effect on public discourse, reinforcing echo chambers where users are only exposed to familiar points of view. And, for the sake of expediency, journalists who need to consistently pump out content for ad revenue might not make the effort to reach beyond their bubble for new sources. My own research in Mexico and Venezuela suggests that although some journalists use Twitter effectively to access diverse voices, many rely on the platform simply as a faster and more efficient way of accessing those same old gatekeepers: state institutions, public relations professionals, and other news organizations.

The rise of social media and private messaging apps have created new ways for journalists to reach audiences. Allison edits a weekly publication, The Continent, which his team distributes primarily through WhatsApp to reach a pan-African audience that they “could not have imagined” with a printed newspaper.

“It sounds ridiculous,” Allison said, “but we were inspired by the way that fake news spreads on a platform like WhatsApp, and we figured, well, if that can work for fake news, surely it can work for real news too.” Whereas misinformation spreads virally while circumventing fact-checks on messaging apps, Allison’s team used WhatsApp to circumvent state censorship. The Continent was able, for instance, to inform Tanzanian readers that their government’s claims about the COVID-19 pandemic and vaccines were false despite restrictions on the country’s print and broadcast media.

Competition from fake or sensational news is nonetheless a serious challenge for investigative journalists. In the Balkans, Obradović said, well-heeled political interests pay to increase the reach of content that benefits them on social media. At the same time, content from legitimate news outlets, like Obradović’s BIRN Serbia, is often mistakenly flagged for removal as political advertising by platforms’ content moderation algorithms. By the time they manage to appeal the removal and get their content reinstated, the story is old news. Taking advantage of these automated systems, authoritarian state actors coordinate campaigns to falsely report unfavorable news stories for violating platforms’ community standards.

Social media platforms have been unwilling to devote sufficient resources to content moderation and verification in regions and languages that are marginal to their global marketing strategies. Yet these platforms play a crucial role in public life in those countries. “You have a lot of countries where Facebook is the public forum,” Toler, training director at Bellingcat, said. “[But] you don’t have people [at Facebook] who understand the situation, who understand the history, the context, the culture, to be able to handle moderation and things like that properly.”

In Africa especially, “I don’t think that the social media platforms have yet understood how influential and how present they are,” Allison said. He pointed out that Twitter has recently announced that they are opening their first office in Africa, which will be staffed by 11 people. “And they were very, very pleased with themselves for this gesture. And yet, we’ve been using Twitter for a decade now. Hundreds of millions [. . .] of Africans are on Twitter, and this is the first time that they have acknowledged our existence.”

Social media companies’ inattention to Africa leaves a dangerous vacuum. Owono argued that, when platforms abdicate responsibility to address problems of misinformation and fraud, they provide a pretext for authoritarian states to tamp down on free expression by “convincing their citizens that, ‘You know what? We need to censor because Twitter, Facebook, Google, to some extent YouTube, [. . .] don’t do anything. They are causing havoc in our countries.’”

Although their distance from the on-the-ground realities of the countries in which they operate does have significant drawbacks, the platforms have the advantage of not being bound to the whims of authoritarian regimes. I pointed to Turkey’s 2020 social media law, which mandated a “forced indigenization” of platforms with over a million users in the country. The law required those platforms to establish offices and store data within Turkey. This actually made local users more vulnerable to demands to take down user content critical of the government and to law enforcement actions that violate users’ data privacy.

Given the problems with leaving media regulation to governments with dubious motives, more stakeholders from civil society and the press should participate in efforts to address the challenges that social media pose for news ecosystems in the Global South. Organizations like Owono’s Internet Sans Frontières are advocating innovative approaches to issues like content moderation by calling for tech platforms to engage more with journalists and human rights monitors who are sensitive to local contexts and uses of social media. A multistakeholder approach, she argued, is vital to ensuring that the internet remains an open and vital space for democratic engagement.

Allison called for journalists to organize collectively and demand an active role in internet governance. For example, he suggested the broader news media community take the lead in verifying who is and is not a legitimate journalist, instead of trusting Silicon Valley companies or national governments to do so according to opaque criteria. “They’re not going to listen to us,” Allison concluded, “unless we make ourselves so visible that they can’t ignore us anymore.”

For better and for worse, everyone must now navigate the shifting sands of social media to make and share news. Whatever the pitfalls of dependence on giant international platforms conceived and managed far from the concerns and realities of developing countries, the panel made a strong case against fatalism. Social media’s impact on independent journalism is not pre-determined. It will depend on the (uphill) struggle of newsmakers and their civil society allies for fair moderation and verification practices and to enable the sustainability and visibility of well-reported news.