The Hardships of Soft Censorship 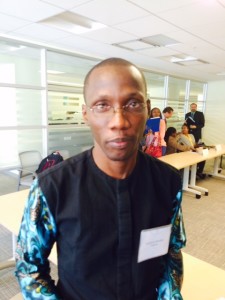 Adejuwon Soyinka, deputy general editor of Tell, spoke about his problems with government advertising during a gathering of African journalists at the National Endowment for Democracy last week.

I’ve been writing about soft, or indirect, censorship ever since I left newspapering and joined CIMA nearly seven years ago. It pains me to say this, but the problem is only getting worse.

As we at CIMA and our partners at WAN-IFRA have described it in previous reports:

“Soft censorship is used to promote positive coverage of—and to punish media outlets that criticize—officials or their actions. It is the practice of influencing news coverage of state bodies and officials and their policies and activities through allocation or withholding of state media spending (subsidies, advertising, and other media contracts or assistance), or selective application of licensing, permits or regulations, to shape the broad media landscape; promote or diminish the economic viability of specific media houses or outlets; and/or reward or punish content produced by individual media workers.”

Why do I say it appears to be getting worse? It used to be that publishers and broadcasters fought over government advertising in an environment where their businesses were more or less sustainable through alternative sources of revenue. Now that the business model for traditional news media is imploding, many media outlets are relying–or hoping for–government advertising more than ever.

Listen to the plight of Adejuwon Soyinka, deputy general editor of Tell, an independent news magazine in Nigeria:

“The government ensures you do not get any government advertising,” he said last Tuesday at a gathering of African journalists on a State Department-sponsored visit to Washington. “And the government can control private advertising as well.” It can do this by putting pressure on companies that do business with the government or whose owners are friends with high-ranking government officials.

Economically, you’re better off being an opposition news organization, because at least then you have the support of opposition parties. “You don’t get anything if you’re independent,” Soyinka said.

The economics of publishing is driving independent news organizations online because of the low costs of production compared with print or broadcast production. A prime example of this is another respected Nigerian news organization, Sahara Reporters, which was represented at an event marking World Press Freedom Day that gathered several African journalists at CIMA and the National Endowment for Democracy.

But there are downsides to seeking refuge online. “You can only make so much noise if you don’t have an institution behind you,” Soyinka said.

And then there is the reliance on grants from outside donors, which is not always a sure thing for long-term sustainability.

Soyinka said that at times he is “ashamed for continually relying on support from the outside, but as it is we can only plead for more support.”

Our reports have found that beyond selective advertising and subsidies, revocation and granting of broadcast licenses are a widespread form of soft censorship. And soft censorship can also evoke pervasive self-censorship that sharply restricts reporting while maintaining a very deceptive appearance of media freedom.

As we observe World Press Freedom Day 2015, it would be good to remember that attacks on freedom of the press don’t always come in the form of beatings, harassment, jailings, murders, and direct censorship. While certainly less dramatic, soft censorship can have an equally deleterious effect on freedom of expression and an informed public.