My Time at the Annenberg-Oxford Media Policy Summer Institute 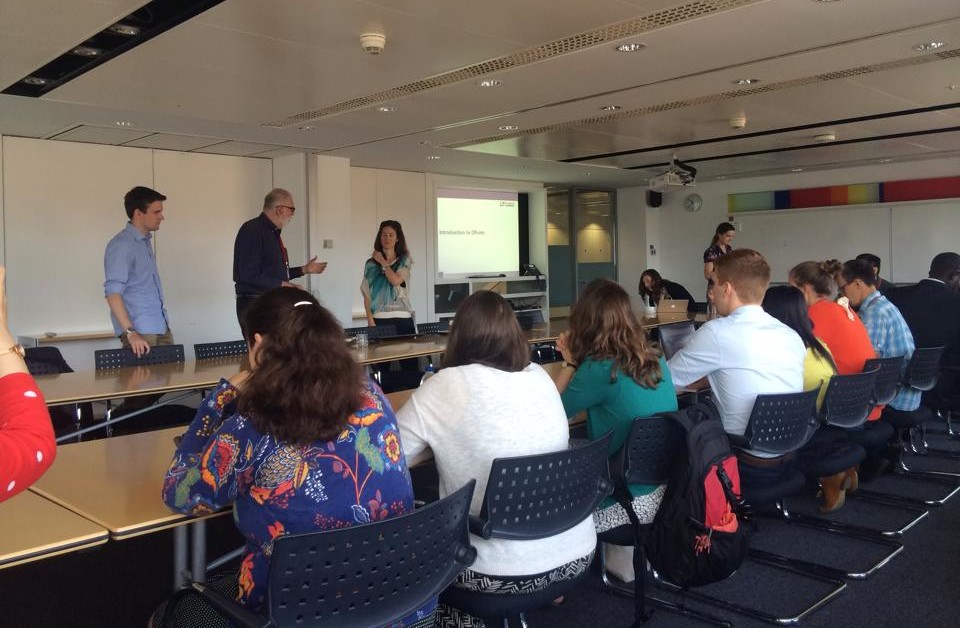 The Institute visits Ofcom in London

Earlier this month, I attended the 2015 Annenberg-Oxford Media Policy Summer Institute – a two-week seminar that brings together young scholars and regulators from around the world to discuss important trends in technology and its influence on information policy. As a representative of CIMA, my core interest was in the implications of these trends on the media development field.

Although there were a few media development-focused sessions, the institute covered a wide range of media policy topics, including theories of strategic communication, hate speech, freedom of expression, media policy-making, ICTs, and internet governance. At first thought I wondered, with only a few sessions “on media development,” how much of the institute would apply to someone like me.

This is a test caption for this image for developers. It doesn’t look like a caption.

But what makes media development such a challenging and intellectually exciting field is that all of these issues are fundamental to building free, independent, and sustainable media systems in countries. The nexus between hate speech and freedom of expression, the hardware that forms the physical infrastructure for the internet, issues of intermediary liability, and global surveillance, though seemingly unrelated, all impact and give shape to national media systems in the 21st century.

Furthermore, the global nature of many of these issues makes the traditionally national level focus of media development even more challenging.  This is particularly true of internet policy. We are moving quickly toward (and in many ways, are already in) a world where media systems are no longer bound by political borders. But, these media are highly interconnected, and in a relatively ungoverned and evolving space.

For instance, as the US releases its grip on ICANN and emerging global players such as India and Brazil push for a “multi-stakeholder” internet governance model as articulated at the 2014 NETmundial – Global Multistakeholder Meeting on the Future of Internet Governance, it is important that the media development community engage in forums such as the Internet Governance Forum (IGF) in order to better understand the implications of these global conversations on media development work in countries around the world.

Media development is a multifaceted, crosscutting field, which is a reflection of the complex and ever-evolving media systems. My experience at the Annenberg-Oxford Media Policy Summer Institute reinforced this reality and broadened my understanding of the range of issues that we need to better understand and consider as we try to strengthen our work in this field.