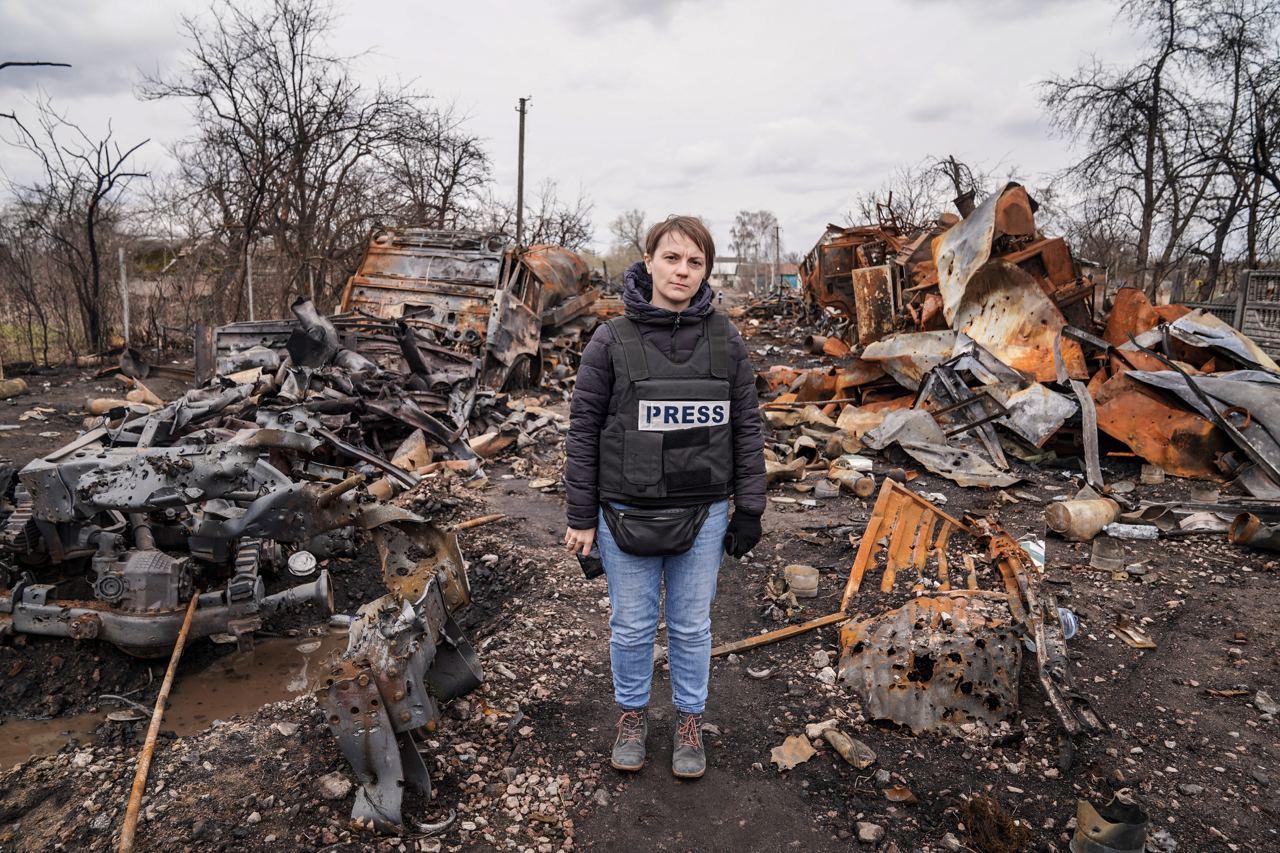 Nataliya Gumenyuk, award-winning journalist and founder of the Public Interest Journalism Lab (PIJL) in Ukraine, says media support in the country needs to place less emphasis on commercial sustainability. CIMA spoke to Nataliya the day after she received the Democracy Award in recognition of PIJL’s efforts to bring innovative forms of storytelling to the hardest stories in Ukraine.

According to an analysis by CIMA, foreign donors provided almost $150 million to support the development of Ukraine’s media sector between 2010 and 2019. These resources have fostered a community of high-quality independent media outlets and cultivated an appreciation for free speech among the Ukrainian public. But some of those gains will be placed at risk if the Ukrainian media sector is pushed by donors into a commercial model of sustainability, she says.

“For the last three or four years, quite a lot of discussion and funds were put into the idea and condition that media should be sustainable,” Nataliya said. “So instead of a lot of great journalism covering war and sensitive issues, an incredible amount of the donors’ money was put into mediocre marketing managers to play the game as if they are commercially viable.”

Her comments highlight a growing debate about the sustainability of news outlets. Amid a rapid shift in advertising revenues toward internet companies and the growing threats of soft censorship and media capture, independent media are being squeezed out of commercial funding with dire consequences for journalism. How much commercial advertising revenue can be redirected to independent media? What other kinds of philanthropic and public mechanisms can be put in place to support journalism? Answers to these questions are not simple and depend a great deal on context.

In Ukraine, broadcast and print media outlets are still largely controlled by oligarchs. A flourishing of independent, and in many cases digital, news outlets over the past ten years has not challenged the market dominance of the big media conglomerates. But evidence suggests that more and more Ukrainians are watching the major channels and checking news online. This has created an opportunity for influence that cannot be measured solely by readership metrics, according to Nataliya.

“The [political] agenda for a while in Ukraine was set by the independent media because these are the people who do the investigations that matter politically,” said Nataliya.

Amid Russia’s large-scale invasion, the value of Ukraine’s independent media sector is undeniable. Online news outlets such as Liga.net, Hromadske (which Nataliya co-founded and formerly headed), Ukrainska Pravda, Dzerkalo Tyzhnia, and Kyiv Independent have attracted new followers by the millions. PIJL, Nataliya’s latest initiative, has made its own contribution by documenting the atrocities committed by the Russian army.

The gains made by independent media in Ukraine are threatened by the relentless pursuit of profitability. To get the kind of large and loyal audiences that can sell ads, news outlets either need to diversify into popular entertainment and lifestyle content, or slant their coverage politically to attract partisan readers. Indeed, research shows that Ukrainian media outlets chasing profitability have turned to sensational, tabloid-style reporting and hidden political advertising known as dzhynsa to attract audiences.

Rather than train media outlets to commercialize, Nataliya recommends that donors continue to invest in the media outlets that are simply doing the best journalism and to support media sector actors to build public and private mechanisms that can support independent journalism as a public service. Indeed, amid the faltering of commercial models, policy makers are giving greater attention to direct public subsidies to non-profit media outlets, so-called bargaining code legislation, and other alternative methods for sustaining journalism.

“Donors started to like the idea that it’s easy for them to count success in likes and have the very same metrics of success as for commercial media,” Nataliya said. “There should be a more nuanced way of understanding success of this media. How resilient are media outlets? How well are they reaching out to the vulnerable? There are many ways of measuring success and mainly it’s not about being commercially viable.”

Nick Benequista is senior director of the Center for International Media Assistance at NED.