Women Producing the News: Workplace inequality and the impact on media development 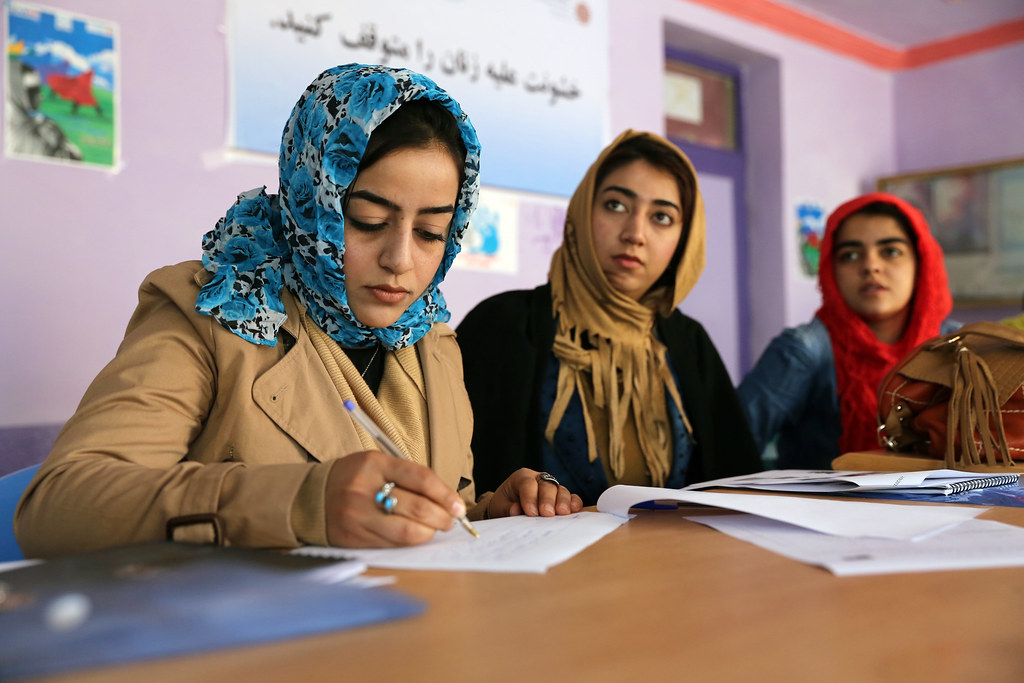 This is the first in a series of posts on women and media development.

When you imagine a journalist or news anchor what comes to mind? Likely you imagine  a well-dressed man in a suit behind a large desk with sweeping views of city skyscrapers discussing economic principles, not a woman in rural South Asia or the Middle East reporting on local government corruption. Our societal gender biases and perception are indicative of the very real barrier that women face in pursuing careers in journalism.

Women’s overall representation in the labor force has been a long-standing goal of international development efforts. Some sectors, however, have made bigger strides than others in achieving gender equity. Indeed, the pervasive glass ceiling of women’s representation in news media production, from political journalists to board leadership, has widespread effects on workplace equality and participation of women as leaders in shaping public discourse.

Gender Inequalities in the Media Workforce

One of the first studies evaluating gender inequities in news media was the 2010 International Women in Media’s Global Report on the Status of Women in the News Media. The researchers reached out to news companies in 59 nations, including newspapers, television, and radio stations, to evaluate how women were represented in their workforce. The study was foundational in raising the issue of women’s representation in the news media workforce and remains an important benchmark for measuring progress, answering questions like; what is the role of women in determining and shaping the news agenda? Who decides how many stories are by women and feature women as pivotal subjects? Are media companies currently organized to promote gender equality within their organizational structures or to accommodate women’s voices in coverage?

The study revealed a persistent underrepresentation of women in the field and a glass ceiling for women to reach upper managerial positions. At the time the study was conducted, of the 170,000 people employed in the journalism workforce, 109,763 were men. This pattern of male domination was reflected in Latin American figures, where men outnumbered women employed in journalism by 2:1 in Argentina, Chile, Costa Rica, Dominican Republic, and Ecuador. The minimal numbers of women dwindle even further in top management and board representation, where 74 percent and 72 percent of the positions were held by men. In Asia and Oceania, barely 12 percent of these upper level management positions were held by women. Data from multiple regions surveyed supported this glass ceiling of opportunity, as gender parity dwindles even further as you examine positions higher up in an organization.

More recent data presented by the Global Media Monitoring Project report “Who Writes the News?” shows a “near stagnation in growth over the past 25 years.” Current data suggests that women occupy 27 percent of top management jobs and 35 percent of the total workforce in the news media sector. These findings are further supported by a recent Reuters Institute study. Across the ten markets analyzed, the researchers found that while gender parity in the sector is improving, particularly among journalists with nearly 40 percent being women, 77 percent of editors are men. This trend is observed even in countries where women dominate journalist positions, like Brazil, where only 22 percent of top editors were women. Even more discouraging is Mexico, where a mere 6 percent of top editorial positions are held by females.

This disparity in female representation in the global media workforce results in a decision-making process that is dominated by men, who then dictate gender based policies and hiring practices. Researchers from the IMWF study found that nationwide policies dedicated to improving gender parity made little difference in actual practices for media corporations. Instead, company structure and regulations play a pivotal role in establishing gender equality within organizations. The study’s results in this realm were particularly staggering in the Middle East and North Africa regions, where only 27 percent of news media organizations had hiring policies related to gender.

A second layer to this problem involves the use of women’s physical appearance as a marketing tool for news networks. The Global Media Monitoring Project’s 2015 report on gender equality quotes a finding that pan-Arab newsrooms view women’s appearance as a large factor in hiring decisions, as opposed to overall qualification and ability, leaving women’s role in some news rooms as exclusively visual.

The combination of workplace hierarchy and pervasive cultural norms of male power leaves female journalists and news workers even more vulnerable to workplace harassment. Due to this persistent cycle, sexual harassment  is often not taken as a serious issue by the male dominated upper tiers. The 2010 IMWF survey responses cited that upper management was not concerned about sexual harassment, labeling it as a “Western feminist” issue. However, GMMP’s data reveals that 34 percent of female journalists in the Asia Pacific region have witnessed sexual harassment at work. However, with only 17 percent reporting being harassed themselves, further research should evaluate how these reports are handled and if women are under reporting out of fear of potential retaliation by male superiors.

While these trends reveal important messages about gender parity, they also highlight the crucial lack of data in this field. This is particularly true in regions within the Global South, where ability to participate in these surveys depends on reliable Internet access. Furthermore, while these studies are helpful in highlighting the problem of female participation in the media workforce, additional research focused on possible solutions is needed.

A dedication to improving women’s representation in media and safety is crucial to building the workplace diversity that embodies the pinnacle of media development. At its core, freedom of speech means everyone has an equal say in voicing their viewpoints. But consistent underrepresentation and an environment of pervasive sexism leaves women vulnerable to workplace harassment and denies them the same upward mobility and decision making power as their male colleagues. This creates an environment where freedom of speech is inhibited.

True equality means that every voice has the same chance to be heard, and glass ceilings prevent women’s voices from reaching the same heights. The role of journalists in capturing societal attention makes this an especially pertinent focus for media development scholars in evaluating how the press shapes public discourse.

Catherine Gorey is an intern for the Center for International Media Assistance. She studies human development, English, and law & society at Cornell University.