Creating Sustainable Media in the Balkans 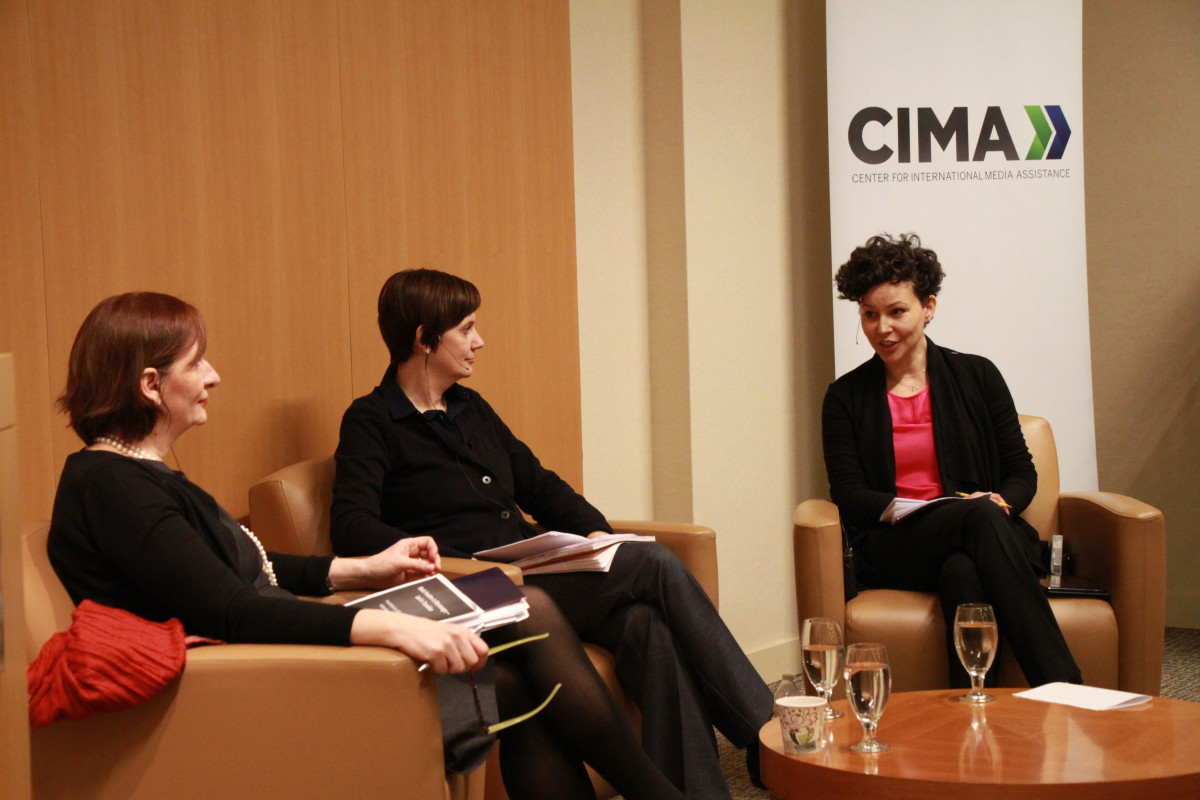 CIMA hosted a talk-show style discussion this week on the precarious situation for media in the Balkans, featuring Milka Tadic Mijovic of the Weekly Monitor and Marija Sajkas of the Media Diversity Institute.  The panel, on April 2, opened with moderator Ivana Cvetkovic Bajrovic , NED’s senior program officer for Europe, setting the stage for why the conversation matters, especially in Washington where shifting priorities create an environment where massive investment may not necessarily have the follow up needed to truly improve a media environment.

“In 10 year period following Dayton Peace Accords, from 1996-2006, the international community invested $290 million into media development … of that roughly $160 million was direct support to media. The rest was technological assistance, training, and other forms of support,” Bajrovic said. Despite this substantial investment in the media sector, the media situation in the western Balkans is worse than in was in the immediate aftermath of the war of the 1990s, Dunja Mijatović, the OCSE’s representative on freedom of the media, said recently. This statement is backed RSF’s World Press Freedom Index, which ranks Montenegro 114 and Macedonia 117 out of 180. On top of that ranking, IREX’s Media Sustainability Index continues to list countries like Macedonia and Serbia in the “unsustainable” category.

One explanation for why the massive investment in the media did not work was that the transition to democracy never completed–and we still don’t have real democracies in these countries. “Media cannot function if you do not have a functioning democracy,” Milka Tadic Mijovic said.

The situation has worsened as many of the donors from the 1990s are no longer providing support in these countries. On top of the absence of donor funds, political and business elites in these countries target media outlets as a way to distribute their message. In this environment, where free media market don’t exist and ownership structures are murky at best, news outlets often are forced to seek funding from sources that are not independent.

Not all media assistance during this period was created equal. “We had situations where so called foreign experts were coming [who were] completely oblivious of the context, completely unaware of the fact that we had a journalism tradition that predated their appearance. They were reinventing wheels, pushing standards on us,“ Sajkas said. “We were guinea pigs. Trial and error, and then we will move on to the next big conflict.”

How can we avoid this dilemma? Too frequently development professionals, both in media and otherwise, fall into a one-size-fits-all mold. Media development practitioners need to take into account each individual country’s social, political, legal, and economic context when deciding their funding priorities. In the Balkans, media development funds should be used to improve the legal environment for media outlets on the ground. Perhaps under a better legal framework, the next 20 years will produce a different media landscape in the region.

You can watch this event here: