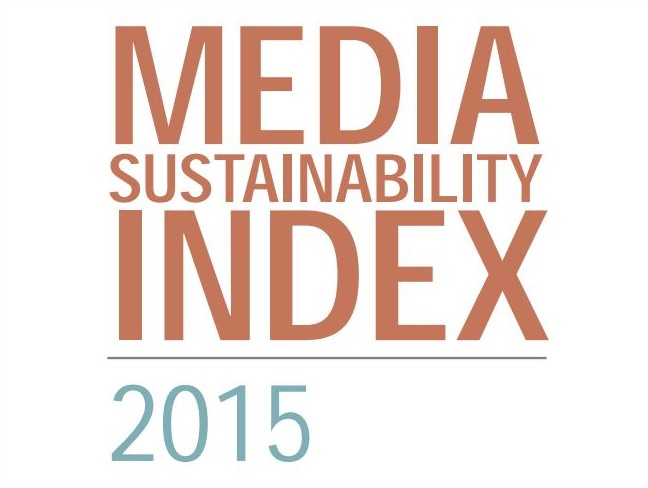 This week, IREX released the 14th edition of its Media Sustainability Index (MSI) for Europe and Eurasia. The 2015 MSI paints a worrisome picture of the state of media systems in the region, but despite headline-grabbing setbacks in countries like Azerbaijan, Russia, and Hungary, there is still reason to be hopeful for the region.

Unlike press freedom indices released by Freedom House and Reporters Without Borders, which focus more narrowly on press freedom issues, the MSI is meant to paint a “complete picture of the development of sustainable, independent media” in countries around the world.

By analyzing a country’s media sector through indicators listed below, the MSI can help a country’s media actors and donors understand where the pressure points, challenges, and opportunities exist within a given national media system. This holistic approach to assessing media development is what makes the MSI particularly valuable for the media development community.

For media sectors across the region, equitable access to finance continues to undermine progress.

According to the MSI’s Managing Editor, Leon Morse, this has much to do with the use of finance as a softer and more effective method for muzzling independent media by the region’s illiberal ruling elites.

Although some of the region’s most troubled countries, such as Belarus, Azerbaijan, and Kazakhstan, showed modest increases in their overall scores, the authors of the report disregard these as temporary blips and not a signal of meaningful improvement. However, Albania, Armenia, Moldova, Ukraine and Macedonia are highlighted by the report as having made steady improvements with brighter long-term prospects.