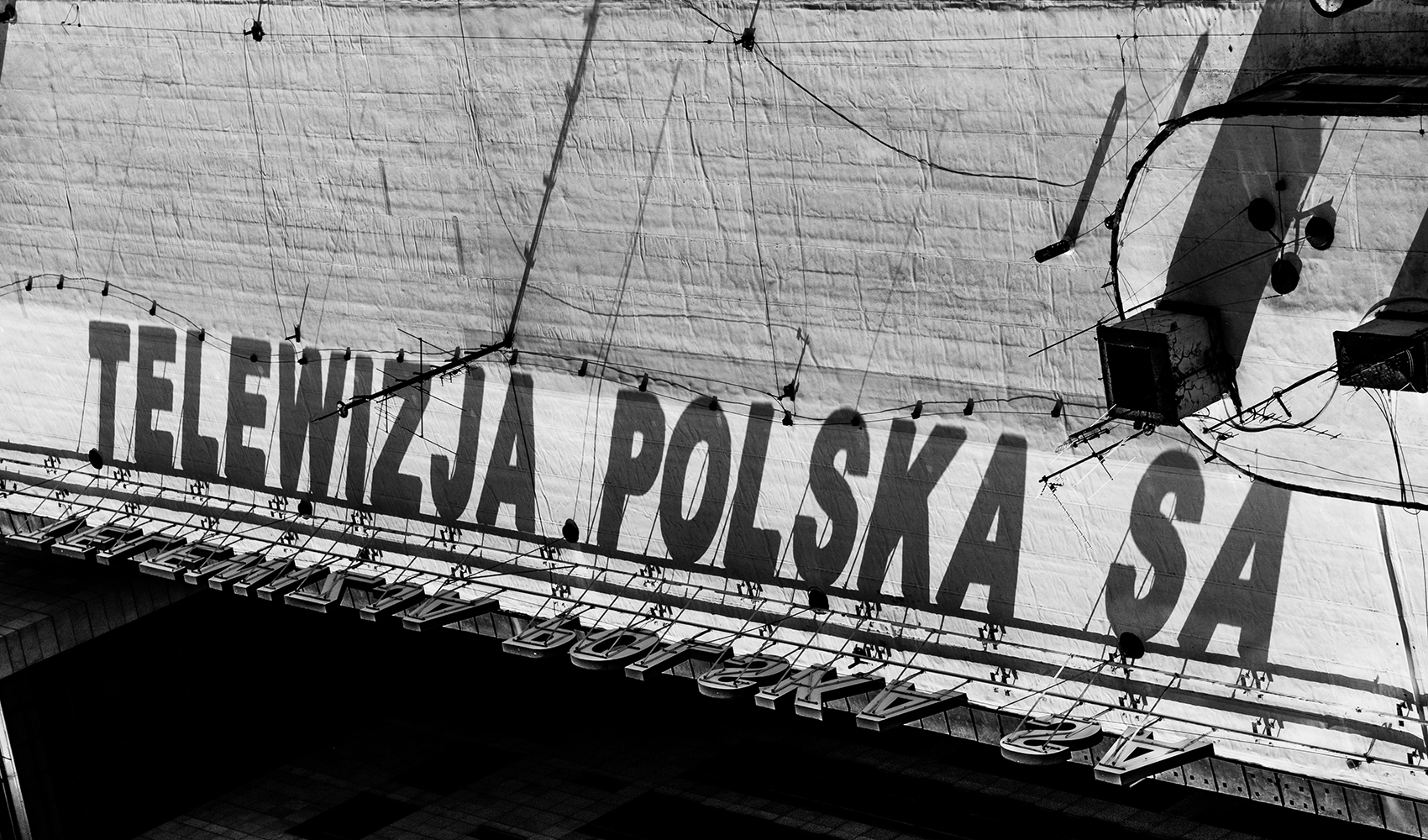 In January, the newly governing right-wing Law and Justice party (PiS) passed changes to Polish media law that critics argued did away with protections meant to insulate public service media from political meddling. At the time, CIMA’s Senior Director Mark Nelson wrote about  the potential threat to independent media in Poland, which until then, for many, had been considered a media development success story for its relatively smooth transition after the fall of the communist regime.

In light of Polish President Andrzej Duda’s upcoming visit to the United States, CIMA reached out to a few experts on the Polish media situation for their perspectives on the impact of changes to the media law.

Magda Walter is a journalist, media consultant, and communications strategist. She was the NBC News Bureau Chief in Moscow in the late 1990s. In the past five years she has served as the Regional Editor for East and Central Europe for the Mapping Digital Media Study of the Open Society Foundation, and Media Adviser to the feasibility study on Russian language media options conducted by the European Endowment for Democracy. Andrzej Krajewski is Polish journalist and author. In the past he has served as Polish correspondent in U.S. Question 1. Poland had often been heralded as a media development success story of the 1990s given the way a seemingly free and independent media emerged after the end of the Cold War. Was this “success story” as consolidated as we thought or were there lingering issues that perhaps played into recent moves by the government to alter the media law in a way that curtails the independence of public service broadcasters?

Magda Walter: Poland was definitely at the forefront of the region in developing free, independent and pluralistic media. Nonetheless, a number of issues did influence the course of these developments. The most serious was the uneasy transformation of state broadcasters into public ones. The perception remains that public media are tools of those in power; the notion of public service remains fuzzy. Despite solid checks and balances in the system until now, public television TVP and Polish Radio were always seen as overly politicized in governance, management appointments, and content of news and current affairs, although never as blatantly as at the moment.

Joanna Rohozinska: Poland remains a success story since free and independent media did emerge–there is currently a rich and vibrant non-state media market. However, the recent legislation, which affects only state media, sets off alarm bells for the sector as a whole. The success of reform of state media–considering its starting point under communism is undeniable–but this doesn’t mean reforms were either complete or fully implemented. TVP is not the BBC, if one wants to use that as a point of comparison. There were regular squabbles over the composition of the KRRiT (the theoretically independent body that oversees public broadcast) and visible personnel changes, particularly news anchors either being sacked or resigning with great aplomb, following elections. Successive political groupings have used public media against their opponents–it’s been par for the course.

Andrzej Krajewski: Poland is no longer a “media development success story,” as perceived in the 1990s. Then the communist party publishing monopoly was dismantled and censorship made illegal. Newspapers, print houses, and distribution chains were privatized. Good parts of them were sold to foreign investors. The radio and television market was opened and booming. State television and radio were converted into public ones, with protective shields (mechanism to find, hire, and fire their management) installed. Poland’s public television maintained about one third of the market.

Questions 2. In the case that changes to the media law are made permanent by the government, how big of an impact would this have on the Polish media ecosystem?

Magda Walter: Not as great as the 2010 sweeping media law in Hungary to which these changes are frequently compared.  They are not as far reaching in Poland, affecting only public service media, assuming other moves against independent media don’t follow.

The majority of Poles get their news from television and radio. If the public (soon to be called “national”) media are preaching to the converted, others will switch to commercial options.

This will diminish levels of trust in public media, but TVP was already seemingly suffering from a trust deficit. The media scene in Poland is pluralistic enough and professional journalism sufficiently robust to offer alternative voices and views.

Joanna Rohozinska: Not entirely clear. The highly ideological approach of the new regulations threatens the pluralism that has been (despite aforementioned challenges) the “success” of the state media sector. With its network of national and regional television stations, radio service, and news agency (PAP)–it is potentially a very powerful tool that reaches households commercial media don’t. The proposed ‘mission’ of state broadcasters align quite closely to some of the core conservative values expressed by the ruling party, but leave little space for discussion or dissent. It opens the door for enforcing ideological conformity within the institutions. More broadly, many fear that tight regulation of state media foreshadows curtailment of private media down the road.

Andrzej Krajewski: Destroying the public media shield by the new government in 2016 is not an entirely new occurrence in some respects. Since its creation in 1993, the electronic media law of 1993 has been altered on a number of occasions. What is new is the scope of the changes. Public television and radio bosses will be nominated by a minister, have no term, no reasons to be fired have been written into the law, and no qualifications set for the people who occupy these roles. In two months over 70 managers, editors, and journalists were fired and hired. TVP’s flagship newscast lost 10 percent of viewers in January and in February again. Government propaganda does not  sell, but also do not think that in October there will be no viewers at all.

The changes in media law are temporary and expire in mid-2016. The details of its permanent replacement, a law on national media, have not been announced yet. Maybe after takeover of NBC in April, there will be no need for it. Public media are already becoming more national in terms of their programming: Stress on anti-communist fighting, national unity, Christian values, and propaganda in news. So far private media have not been affected, but with authoritarian changes (for example, the Constitutional Court paralysis) private companies are also feeling the pressure, especially the need for “Polonisation.” February 2016 – Thousands of people from all over Poland protested government actions that they felt were bad for Polish democracy, including changes to the media law. (Photo by Jaap Arriens and licensed via Creative Commons CC BY 2.0)

Question 3. What should be the focus of both Polish and external efforts to put Poland back on the right track?

Magda Walter: There have already been protests on the streets of Warsaw and consternation in EU circles in Brussels. Since the current law is temporary, with a permanent one to be presented to parliament in June, there is time for debate. The trouble is that Poland’s current illiberal government dismisses opponents as “communists and thieves,” and has little time for public consultation.

The only effective pressure would be an EU action resulting in economic pain, and that is not in the offing.  Poland has already ignored warnings from a number of EU figures and international freedom of expression bodies. Brussels, stung by its impotence in the 2010 case of Hungary has since developed measures–now put in motion in Poland’s case–to examine cases where core EU values are breached by governments. A “guilty verdict” could lead to the suspension of Poland’s voting rights. But observers already say these measures are still not robust enough and unlikely to be applied anyway, especially given the multitude of existential challenges the EU currently faces.

Joanna Rohozinska: Encouraging engagement in constructive discussion. Reform of state media isn’t an evil in itself, but there has never been a balanced public discussion of what is broken and how to fix it. Greater efforts to try and understand the motivations of the majority party in introducing these changes, and why they remain popular–suggesting there was public discontent in the first place–would also be beneficial. Simultaneously, the public should be engaged in discussing the longer term ramifications of some these changes, i.e. ironically back to what was rejected 25 years ago. But the focus should primarily be a domestic issue.

Andrzej Krajewski: Could all of that it be avoided? No. Populist regimes become popular, especially when they promise. Disillusionment takes years, maybe more than four. Meanwhile Poland needs support for free media and free journalists (i.e., quality journalism funds, investment in media). The great 1980s tradition of Solidarity media (both print and radio) should live on in the Internet.

Question 4. What lessons can we learn from the current Polish media law controversy? How might we apply these lessons to other governments around the world who might be contemplating similar measures?

Magda Walter: Until now, other countries in Eastern and Central Europe, such as Romania or Bulgaria, have seen the Polish public broadcasters as models of professionalism and independence as compared to their own. It will be harder for citizens and journalists in such countries, both in the EU and those aspiring to membership, to ensure that their public broadcasters become depoliticized and more independent of government. Seeing Poland and Hungary’s impunity in the face of international and domestic pressure, they will be less likely to bring their own houses to order.

Joanna Rohozinska: First–don’t panic, yet. Yes, the introduction of regulations that threaten editorial independence are often a first step down a path that curtails other freedoms, but that is not yet the case, nor does it have to be. The situation must be closely observed and the government engaged with. The primary lesson is that reforms following radical political changes should be revisited and revised, and issues, particularly concerning political control over state media, be addressed sooner rather than later so they not fester. Something here has long been demanding attention–now it may receive attention that will not benefit society in the longer term.

Andrzej Krajewski: The lesson for others: Do not have blind faith that public media cannot be turned into a propaganda tool. Maintain the balance of private and public media, award media quality, and support journalism in new and old media. Keep trying to support media with public funds without influencing its content. Difficult? Yes, but exciting and necessary for grassroots of democracy.