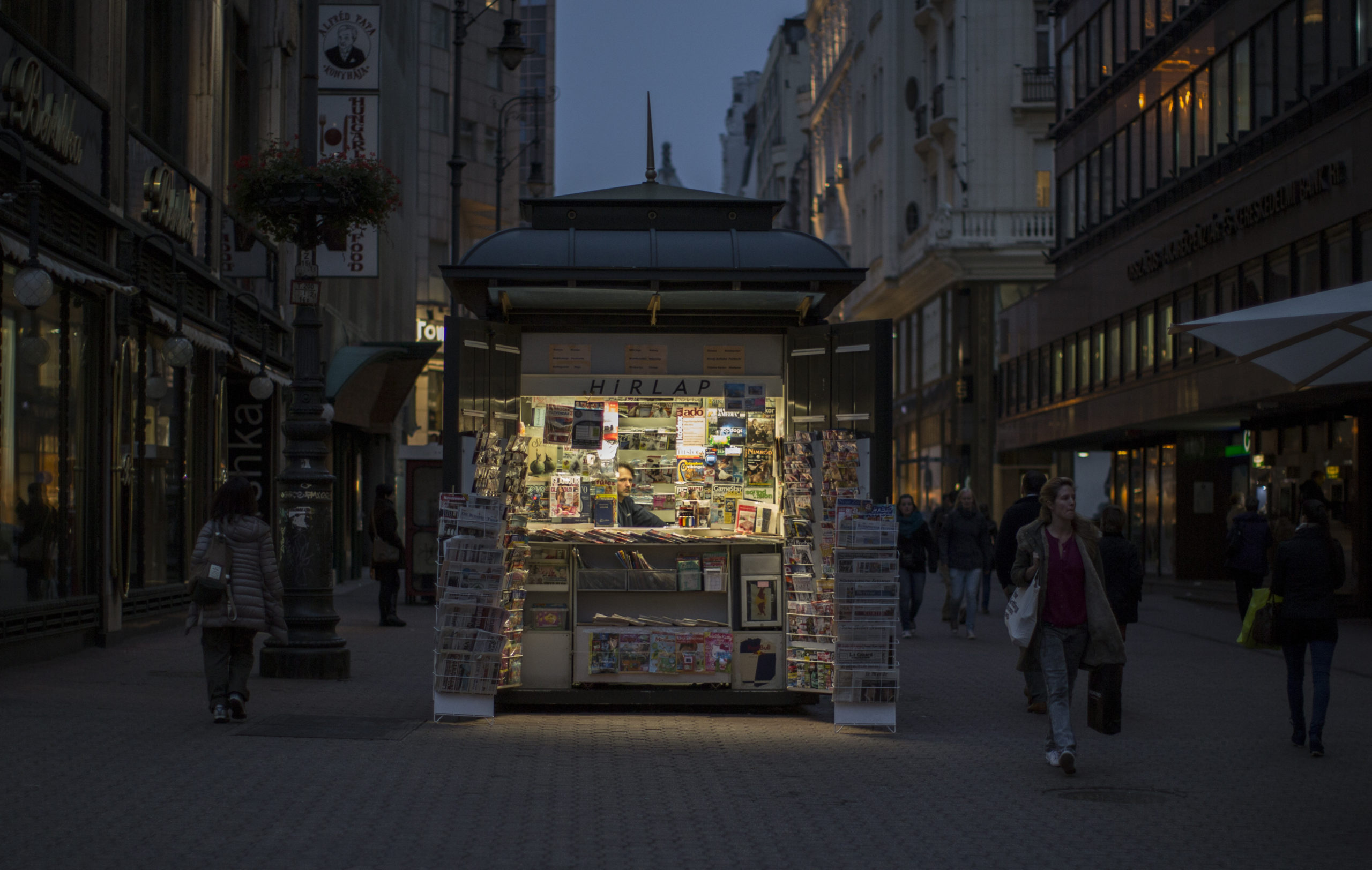 Thousands took to the streets of Budapest in the close of 2019, protesting Prime Minister Viktor Orbán’s most recent step in his march against free expression in Hungary. But the restriction was a decade in the making. Since Orbán’s government came to power in 2010, the state of free speech in Hungary has plummeted. A new report details how dire the media environment has become. It is a dangerous harbinger for near neighbors like Poland if the trend continues unchecked in the region.

In late November, press freedom watchdogs gathered journalists, free expression advocates, and others in Budapest for a fact-finding mission on press freedom and media capture. The results were out by early December, just a week before a Council of Europe hearing to address democratic backsliding in Hungary–and the findings were ominous. The current government, the report concludes, has “achieved a goal of media control unprecedented in an EU member state… a coordinated system of censorship and content control not seen since the fall of the Communist regime.”

Over the last decade, Hungary’s media environment has been restricted from every angle. The report finds that nearly 80 percent of the market for political and public affairs news draws its funding from sources decided by the governing party, and content is coordinated through pro-government media empire KESMA, the Central European Press and Media Foundation. Direct support from state advertisement furthers market distortion as the few remaining independent outlets struggle to stay afloat, and potential non-state advertisers are deterred by the dangers that come with affiliation.

Outlets that have not yet met the fate of Nepszabadsag, the leading opposition paper notoriously shuttered in 2016, face competition from pro-government public service broadcasting, a national media council entirely nominated by the governing Fidesz party, and constant derision and delegitimization from those in power. Such instability and competition for audience and revenue has resulted in limited solidarity among remaining independent journalists, while outside bodies like the European Union have yet to intervene beyond verbal chastising.

Media capture in Hungary and beyond

The week following the report release, the EU General Affairs Council met in Brussels to address democratic backsliding in Hungary and Poland, with particular attention to press freedom, independence of the judiciary, and academic freedom. The hearing was held under the auspices of Article 7, a process intended to ensure that “all EU countries respect the common values of the EU” as agreed upon in the Lisbon Treaty. Yet, as one journalist observed of Hungary’s press clampdowns in The Atlantic, “the European Union–ostensibly an advocate of media freedoms–has been unable, or unwilling, to stop it.” The challenge now passes to new Council President Charles Michel.

The state response remains one of defiance, so much so that government spokesperson Zoltan Kovacs breached meeting protocol by live-tweeting commentary on the debate and what he referred to as “George Soros’s orchestra.” Hungarian Justice Minister Judit Varga similarly rejected the “didactic tone” of the meetings, and coverage from pro-government Hungary Today not only omitted the breach of protocol, but quoted Kovacs–and his tweets–extensively.

As the threat of media capture grows across the world, Orbán’s Hungary has become a prime case study. As was emphasized in a 2017 seminar at Central European University (CEU), the subtle tactics of media capture appeal most to those maintaining a veneer of democratic values. That veneer has become increasingly thinner, most blatantly as CEU itself became a casualty of Hungary’s closing space, forced to open a Vienna campus in November 2019.

Media capture is a “sickness beyond borders,” as Turkish participants observed during the 2017 seminar, and the impact of Hungary’s closures has been felt beyond Budapest or Brussels meeting rooms. Orbán’s tactic of “death by a thousand cuts” has put many on alert, particularly press freedom watchdogs in Poland.

Moves to close in on independent media in Poland threaten a replay of the gradual but potent tactics that were so damaging under Orbán: unwieldy taxes and fines, distorted markets, nontransparent regulations and government collusion, all while restricting access to public information and villainizing independent voices.

Pushing back in a closing space

In Hungary, thousands demonstrated and denounced threats to academic independence and freedom of expression as the government bore down on CEU, and still the university ultimately decided to leave Budapest. Thousands demonstrated and denounced threats to the independence of the performing arts, and still the ‘culture law’ passed. Even when people went to the street, the damage had been done.

In an environment of failing media business models and democratic backsliding worldwide, independent news outlets are struggling to stay afloat and increasingly vulnerable to the tactics of takeover outlined in the joint report on Hungary. Support is needed in many forms and from all corners: international advocacy and concrete pushback from bodies like the EU, greater and more coordinated donor support for independent voices, and in-country solidarity and cross-border cooperation, to name a few.

Citizens may not go to the street about administrative laws or media regulation, but watchdogs, civil society, and audiences are keenly aware of the loss in cases like Hungary. It will take all of these stakeholders and more to coordinate an adequate response to the threat it poses at home and abroad.