Analyzing the Panama Papers in Baghdad: An Interview with Iraqi Journalist Muntathar Nasser 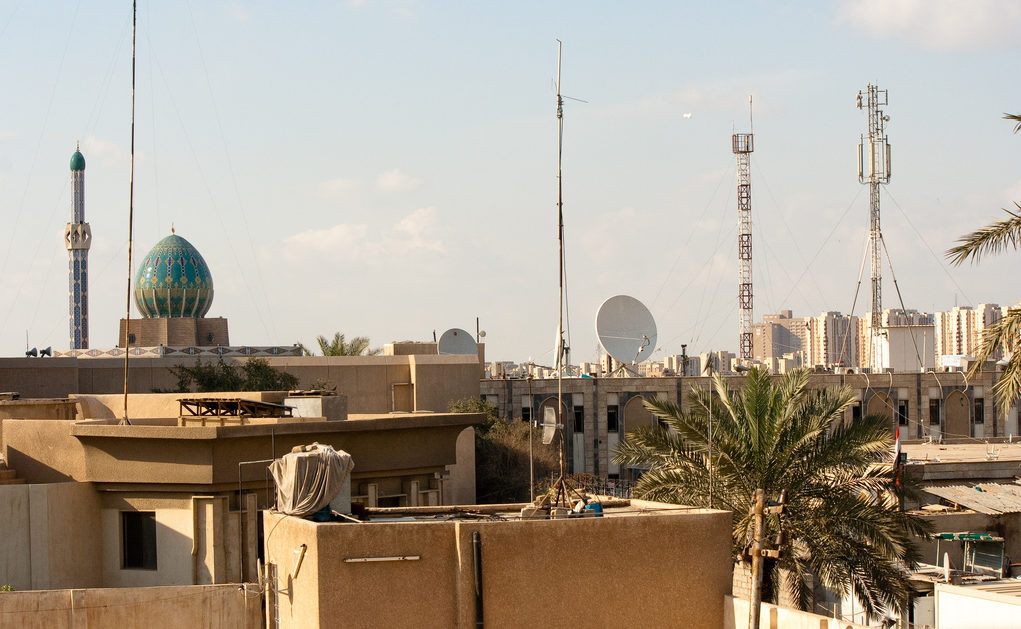 View of Baghdad from rooftop. (Photo by Omar Chatriwala and licensed via Creative Commons - CC BY-NC-ND 2.0)

The unprecedented collaboration of over 400 investigative journalists in more than 80 countries to analyze the 11.5 million files leaked from the database of the fourth-largest offshore law firm in the world, Mossack Fonseca, has been one of the biggest global media stories of the year. Some have argued that this novel, cross-border cooperation, which was coordinated by the International Consortium of Investigative Journalists, is the future of investigative journalism. But what is participation like for journalists around the world, and what do they think about the future of such initiatives? With this in mind, CIMA presents, in both English and Arabic, an interview with National Endowment for Democracy (NED) partner and journalist Muntathar Nasser, who led the Iraqi portion of the Panama Papers investigation that exposed the business pursuits of former Iraqi Prime Minister Ayad Allawi.

Muntathar Nasser is an Iraqi journalist and story teller who has written numerous articles, short stories, and political essays. He is the founder and editor-in-chief of the Iraqi independent online daily newspaper, al-Aalem al-Jadid, which has been operating since 2013. The NED-funded Al-Aalem al-Jadid prides itself on its independence and stresses the importance of a free press as a key building block to pluralistic democracy.

Of note, Mr. Nasser was removed from his government job with the Iraqi Media Network and relocated to the Ministry of Culture after the initial publication of the Panama Papers. Mr. Nasser suggested a link between his relocation and his involvement in the Panama Papers in a recent Facebook post.

CIMA: How did you initially become connected to the International Consortium of Investigative Journalists? What has your participation in the consortium looked like over the years?

Official contact and collaboration went through Arab Reporters for Investigative Journalism (ARIJ) from their headquarters in Amman, Jordan. ARIJ is a leader in investigative journalism in the Arab world. They used criteria for selecting collaborating journalists based on their efficiency, professionalism, dependability, and independence.

CIMA: When did you first hear about the Panama Papers story and what was your initial reaction?

I heard about the Panama Papers a few months before the first public announcement of the results of the investigation. It’s the largest investigative research project in the world so I was extremely excited. In the context of all the secrecy, however, I wasn’t expecting the degree of excitement and attention that the investigation garnered.

CIMA: What did your participation in the project look like? Were you asked to verify specific details? Did you collaborate with other news organizations on individual reports?

My participation was limited to the documents related to a prominent Iraqi official [Ayad Allawi]. I also verified some of the information about those who were referenced in the reporting.

CIMA: Did your organization have the technical capabilities at the beginning of the project to participate in document sharing? What type of precautions did you need to take to make sure the documents were secured?

The key foundation of this partnership was based on mutual trust. I received the documents via e-mail. I had already been using encrypted e-mails to protect myself from certain problems like spying prior to this partnership and investigation.

CIMA: What is the most significant story concerning the Middle East that emerged out of the Panama Papers coverage in your opinion?

In reality, most of them are compelling and exciting because they link companies and business accounts of presidents, kings, princes, and sheikhs. In my opinion, the most influential discoveries were those related to King Salman [of Saudi Arabia], the Assad family in Syria, [UAE President Khalifa] bin Zayed, [former Emir of Qatar Sheikh] Hamad al-Thani, and the former Prime Minister of Iraq, Ayad Allawi.

CIMA: Do you think efforts like the Panama Papers are a model for the future of journalism? What do you see the advantages being? What might be some of the disadvantages?

The Panama Papers represent a quantum leap in investigative reporting in the world considering that this has been the largest effort of its kind, with 400 journalists in 80 countries engaging in the investigation. This is unprecedented in the history of investigative journalism. This will open the door to further serious investigations.

The advantages of this type of reporting is the spread and strengthening of trust and support among journalists that hail from countries without freedom of expression and that persecute journalists. The disadvantages are the concerns that participating journalists could disclose secret information. Maintaining secrecy is very difficult when a tremendous number journalists are involved. Our success in the investigation of the Panama Papers does not necessarily promise success in subsequent investigations unless we pursue the same process that ensures discretion and protection of evidence, which in this case amounted to over 11 million documents.