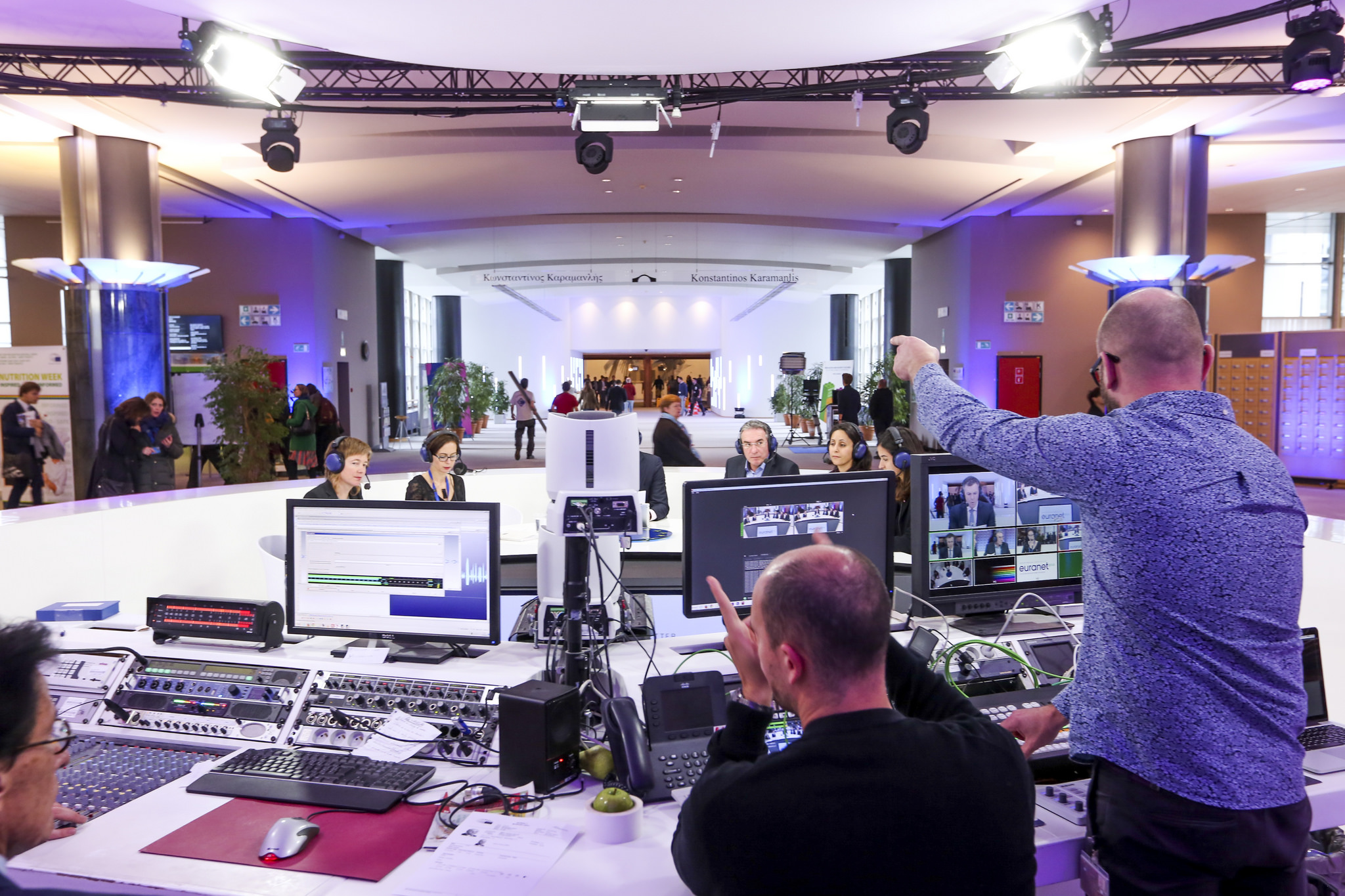 (Photo by Euranet_Plus and licensed via Creative Commons - CC BY-SA 2.0)

Governments have directly and indirectly resumed predominance of the media markets in many former communist-bloc nations in Central and Eastern Europe. Responsible editorial standards that were introduced after the fall of communism have eroded or are altogether out of fashion.

Ownership of the media is often a buffer between journalists, on the one side, and the state, on the other. In much of the former communist bloc, this buffer has become fully porous. Indeed, media are used as political tools by authoritarian or populist leaders like Vladimir Putin of Russia, Ilham Aliyev of Azerbaijan, or Viktor Orban of Hungary.

Putin uses media to reinforce his grip on power or support aggression, the annexation of Crimea being the most notable example. He also uses it for geopolitical designs: Kremlin-backed media stoked anti-refugee paranoia in Germany recently by over-reporting an alleged rape story that German police believe was fabricated.

Because free flows of independent information are critical to the survival of a democracy, what is at stake is no less than the future of liberal democracy in a vast swathe of the globe where its seeds had started to sprout modest roots. The question for those of us committed to nurturing liberal democracy is: what, if anything, can we do to rescue free media that have been hijacked by authoritarian regimes?

One of the main reasons for the current unfortunate state of affairs is a market failure. Media markets in Central and Eastern Europe have failed to produce the quantity and quality of the information that consumers need to make vital decisions or have been manipulated by governing regimes. Markets also have failed to generate ownership structures that are independent, respect the freedom of journalists, and observe impartial editorial standards.

In many of these countries, widespread collusion between oligarchs-turned-media-owners and authoritarian governments has resulted in a thinly veiled governmental monopoly over information

After dismantling and defunding large parts of the institutions (such as Radio Free Europe or Voice of America) that used to counter Soviet propaganda during the Cold War, the U.S. government’s response so far has been one of confusion and delay. Amid proliferating crisis, there are no budgets to sustain a robust response. Unofficial estimates show that Moscow may outspend the United States in government funding for information and outreach.

The bipartisan anti-propaganda legislation recently proposed by Senator Rob Portman (R-Ohio) and Senator Chris Murphy (D-Conn.) is an important step in addressing this issue. The bill focuses on developing a whole-of-government approach, establishing a fund to train local journalists and provide grants to non-governmental organizations with experience in foreign government disinformation, and increasing cultural and educational exchanges to bolster resistance to foreign manipulation.

However, this bill does not directly address some aspects critical to countering propaganda through media. Merely continuing to provide lifeline support to struggling independent media institutions, which face increasing pressure in the former communist bloc, misses the bigger picture–the need for new markets and new ownership.

A Media Investment Fund for Central and Eastern Europe

The United States and likeminded countries that advocate liberal democracy have a historic opportunity to establish a robust, long-term media investment fund to stimulate new markets, create new ownership, especially of emerging and new media, and promote innovative technologies. Only a radical disruption of the current markets and ownership structures will dilute the governmental monopoly on free flows of independent information and strengthen the civic role of the media.

Investment funds for media that have been tried before have been trivial and geographically diffuse, and they have failed to bring about systemic change. There are, however, successful examples from other sectors. In the 1990s and early 2000s, robust investments by the West transformed the banking markets in the former communist bloc.

Except for the Russian-speaking media market, other media markets in the region are small and fragmented. This deters investment. The West must support the creation of regional markets to offer investors opportunities for increased market share, higher margins, and greater protection against downturns in national markets.

We also need innovation in content creation and distribution in order to disrupt current markets or to sidestep current ownership structures. Likewise, developing investigative reporting networks in Russia, Ukraine, Moldova, and Belarus is important, but their impact will remain feeble until the West helps create markets for their content.

For this new fund to succeed, it must achieve two objectives: First, it must create or establish control of key media organizations. And second, it must infuse the new organizations with governance safeguards that will ensure the independence of journalists and editorial standards. To do this, the new fund must be conceived as a long-haul, focused investment mechanism. Its ability to invest must go well beyond lifeline or patchy investments.

With independently and indigenously created media in place, information has great power. If supported by free markets, these media institutions will set in motion a civic awakening and serve as lifeblood for liberal democracy.

Aleksander Dardeli is Vice President of IREX, a nonprofit organization that has worked in Eastern Europe and Central Asia since the fall of the Berlin Wall to strengthen media and access to information. Follow him on Twitter @AleksDardeli.