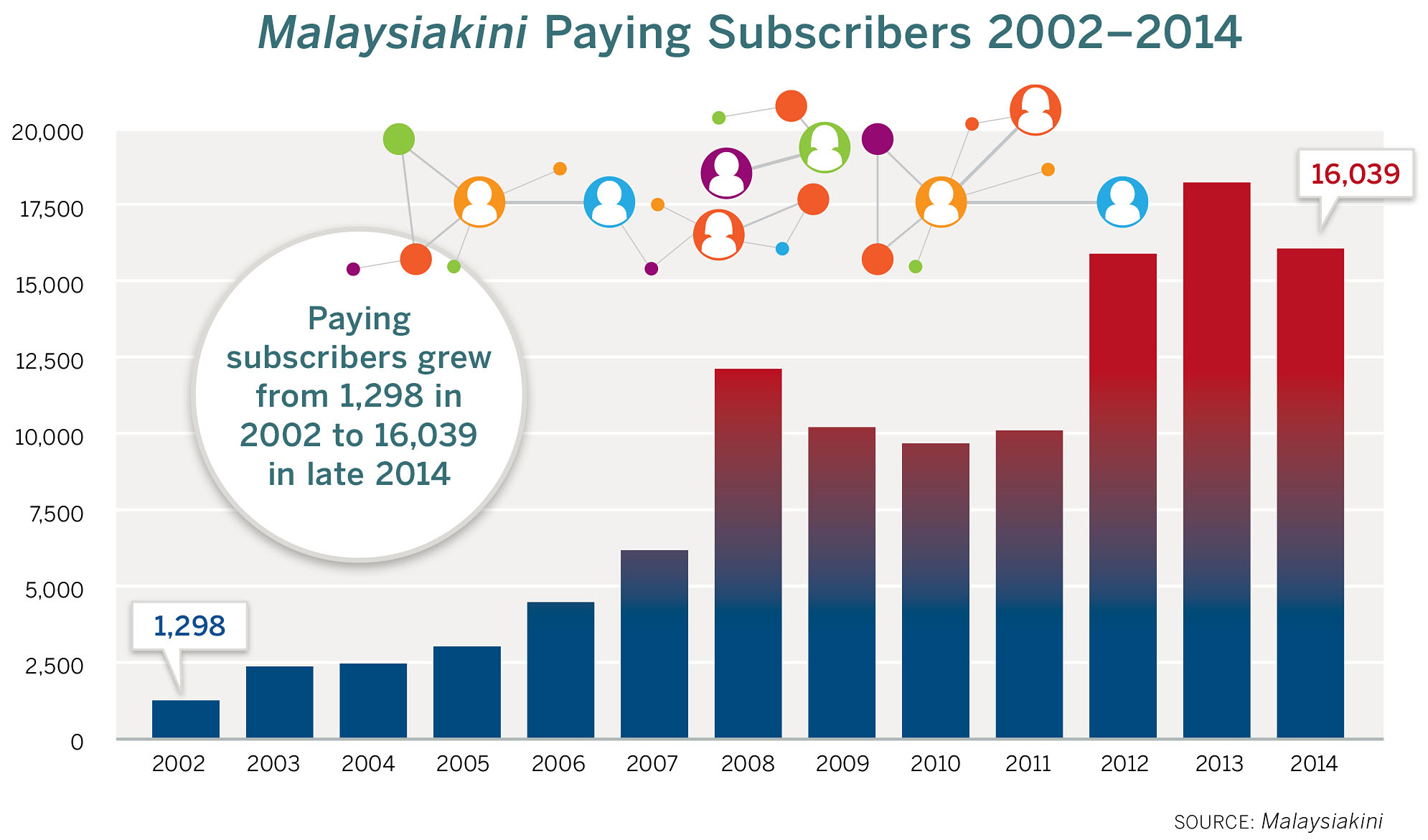 From CIMA report: "Advancing Independent Journalism While Building a Modern News Business: The Case of Malaysiakini"

In today’s digitized world, news organizations must be online to survive. And yet, online-only publications struggle to monetize their product, and sustain their content production.

CIMA’s latest report, Advancing Independent Journalism While Building a Modern News Business: The Case of Malaysiakini by Tim Carrington, uses the case of an online-only publication in Malaysia as a case study.

Malaysia’s media environment is flawed, Carrington points out, and the country faces a number of challenges to developing independent media. In fact, Malaysia has been ranked “not free” by Freedom House’s press freedom index since before the turn of the century, when Malaysiakini was launched.

The online space, however, was left relatively untouched. Today, Malaysia sees an Internet penetration rate of more than 60 percent, combined with near-universal literacy, according to Carrington. When the Internet emerged as a conduit for economic growth in the late 1990s, Malaysia’s prime minister pushed the 1998 Communication and Multimedia Act that stated “nothing shall be construed as permitting the censorship of the Internet.”

And so far, Malaysia’s government has made good on that promise—to a certain extent. As Carrington notes, despite Malaysiakini’s emergence in 1999 after the CMA was passed, the news outlet still gets hassled and faces “chronic threats” from the government. As Janet Steele notes in Carrington’s paper: “The whole situation on Malaysiakini could turn on a dime.”

There is hope that Malaysiakini would provide some sort of primer for other online news organizations, that their model could be replicated (disregarding the fact that, in terms of financial sustainability, the organization is still reliant on donor funding).

And yet, Malaysiakini’s emergence in the online sphere was unique: in a country that has tight restrictions on the press—yet promised an open online space. As Freedom House’s Freedom on the Net report notes, Malaysia’s partly free ranking is similar to a few dozen other countries that have more liberal Internet regulation than traditional media regulation, but this is far from the norm.

It’s too soon to tell whether Malaysiakini will provide a viable model for other online news organizations, given the unusual settings in the country. And as more competition emerges in Malaysia, the publication will face the same fight that nearly all news organizations face today: sustainability in the online space.