Colombia’s Peace Process: How can the Press Contribute? 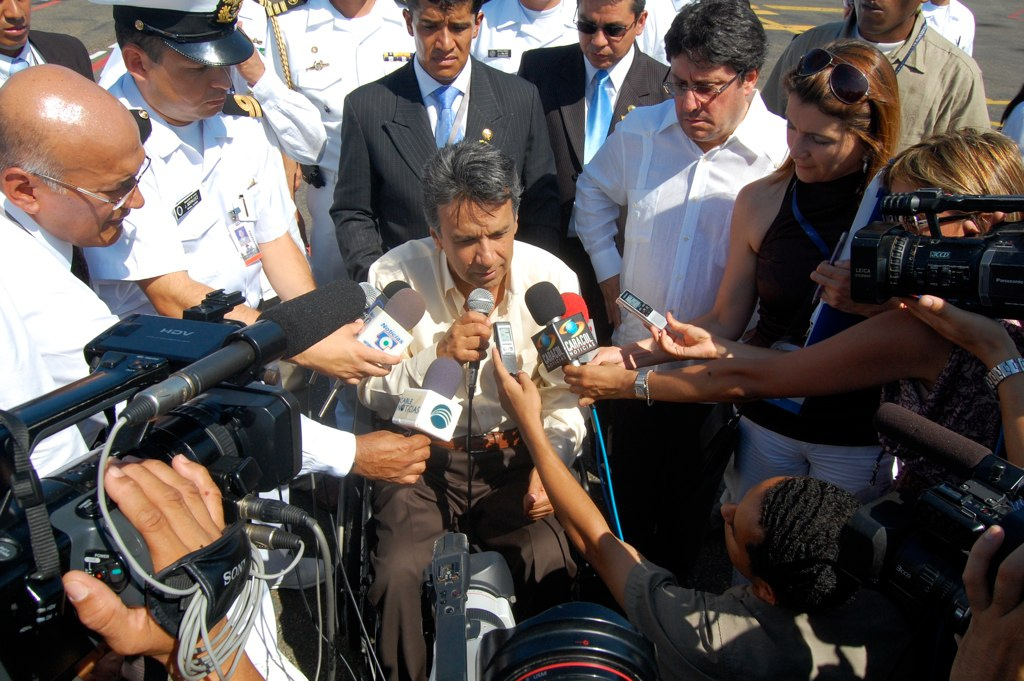 Colombian journalists asking questions to an individual at a summit on land mines in Cartagena in 2009. (Photo property of Anti-Personnel Mine Ban Convention and licensed via Creative Commons - CC BY-NC-ND 2.0)

The clock continues to tick for the Colombian government and the Revolutionary Armed Forces of Colombia (FARC) to sign a peace accord. There is no doubt that this negotiation process is historic. In the time it took the negotiating parties to decide on one agenda item in 1998, the two groups have already agreed on five of the intended six accords. What is different this time? Several things, but one of the most important is that this peace process is taking place in the age of new media. Emerging digital media sites are tackling controversial and challenging topics at a pace, until now, out of the ordinary. As news unfolds, details about the recent wiretapping scandal, extrajudicial killings, and kidnappings become public knowledge as they are transmitted instantly across the country. Bold journalists are covering stories that in the past editors might have suppressed out of fear of upsetting those in power. In an effort to promote freedom of information and expression, new media is strengthening democratic institutions and promoting peace.

Within the last decade, the media landscape in the country has not only moved away from printed press towards online media, but it has also changed its focus. Web platforms like La Silla Vacía and VerdadAbierta are leading examples of this trend. These two investigative journalism platforms publish analysis and reports on topics ranging from illegal campaign funding to testimonies from victims of the armed conflict on human rights violations. The journalists research and publish articles on problems such as corruption, drug trafficking, and organized crime links to politics, often revealing harsh realities about Colombian politics and society. The media’s truth telling role has been important in uncovering stories about the actions of conflict actors and bringing to light the histories of the victims.

Not only do the stories capture the attention of the audiences, but the medium in which these outlets present information also intrigues readers. Both websites use technology in innovative ways that incorporate multimedia and user-friendly graphics to reach younger and more tech savvy people. For example, readers are drawn to visuals that, with a click on a map, can take readers to specific regions to learn about violence. Or, they might prefer to hear about the conflict from victims and watch their personal account of how the conflict touched their lives. How the Press can Support Peace

In the transition to a post-conflict setting, Colombian media can and will play an important role in defending democracy and promoting peace. Here are ways the media are already helping to promote peace and a list of recommendations of how it can help in a post-accord Colombia:

Melissa Nolan is an Assistant Program Officer in the Latin America & Caribbean division at the National Endowment for Democracy.