Community Radio for Development in Somalia 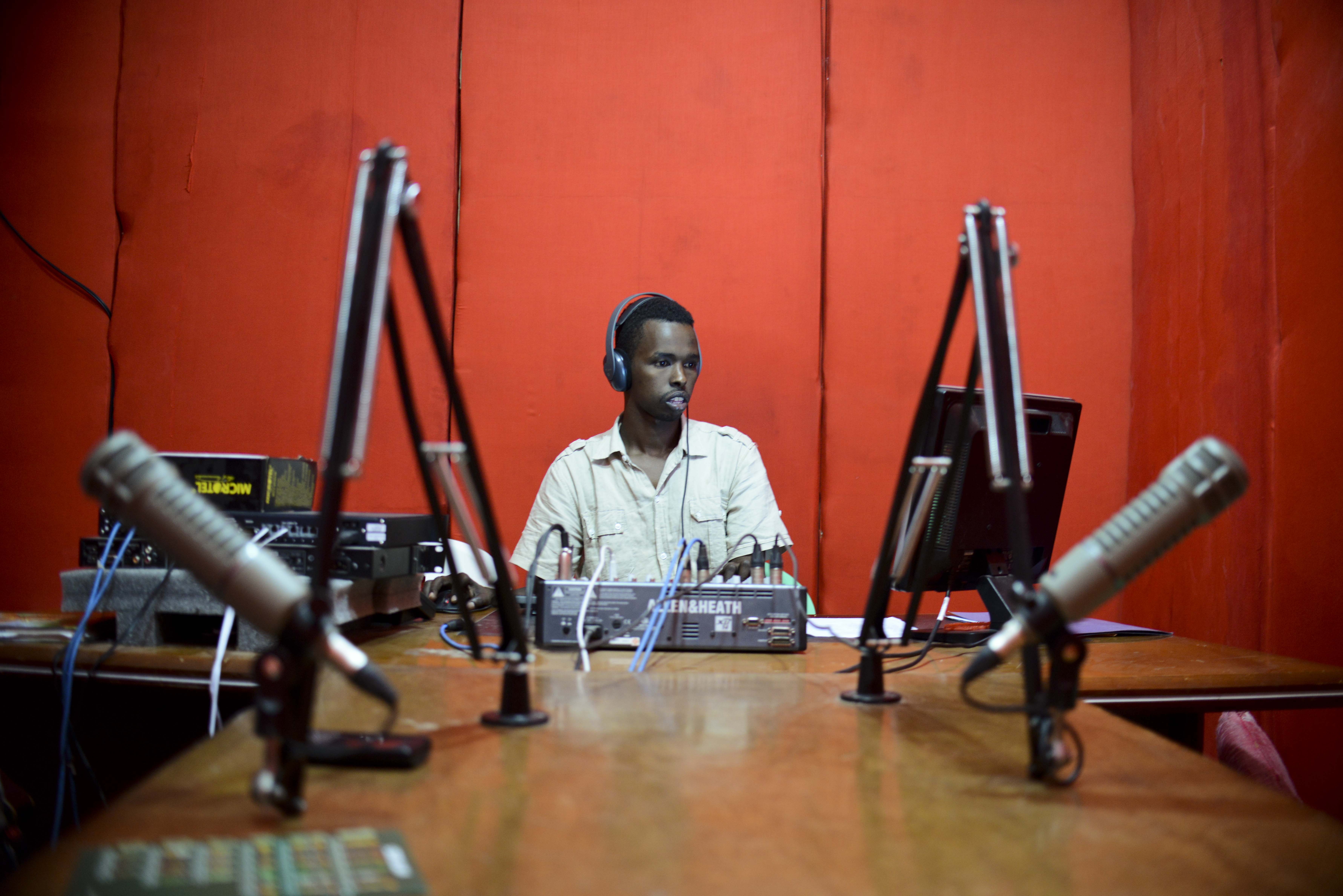 Radio Shabelle is one of Mogadishu's most popular radio stations and has exposed itself to considerable danger in the past for actively taking a stance against the terrorist organiztion Al-Shabab. AU-UN IST PHOTO / TOBIN JONES.

Media development can be tricky in a place like Somalia.  Arbitrary arrests of journalists, raids and closures of radio stations, and threats of violence against journalists, including from al-Shabaab militants, are commonplace.

The lack of a legal environment in which a free press and free expression are protected only exacerbates the problem.  For example, the Somali government approved a draft media bill on September 1, 2014 meant to aid media reform, create jobs, and protect the rights of Somali media workers.  A day after the bill’s approval, however, the government banned national media coverage of al-Shabaab activities.  Police forces have since used this ban to justify the arbitrary arrests of a number of radio journalists and the shuttering of radio stations.

In light of community radio’s role in Somalia’s media development, these attacks on radio stations and journalists are particularly disconcerting.

Community radio is “radio by and for the community, be it a physical community or a community of interest, with an emphasis on community ownership and management on a not-for-profit basis.”  By definition, then, a community can be anything from a local village to a group of people speaking a common language or sharing a religion.

Community radio’s greatest strength is its participatory nature.  Whether people are bringing up hyper-local concerns, such as a village’s need for a well with clean drinking water, or broader-based issues, such as women demanding that gender-based violence during conflicts be addressed, community radio gives the ordinary person a chance to speak for him or herself.  Rather than hearing from government officials or powerful businessmen, community radio amplifies the voices of some of the most marginalized in society, including women, the poor, and the disabled, encouraging others like them to participate.

Community radio’s grassroots focus can be seen as a challenge to the power of the state and elites.  It is not uncommon to see governments trying to buy off community radios or threaten them with fees or legal action.  These kinds of things can be extremely damaging, as community radios are usually small projects that require plenty of international aid for basic upkeep.

The issue of funding community radio initiatives is something that continues to be debated.  International donors provide grants for a number of community radio projects around the world, but there is a fear and uncertainty about the sustainability of these projects independent from this assistance.  Can community radio throughout the developing world thrive without international assistance?

Funding can also affect programming.  In a report to CIMA, for example, Mary Myers notes that Nepali community radio stations depend heavily on news bulletins and programs from the same production units and NGOs in Kathmandu, resulting in less diversity and local content than was originally anticipated.

In a country like Somalia, where only less than half of the population is literate (37.8 percent, according to the CIA World Factbook), and where access to alternative news sources through computers and mobiles is hampered by poor infrastructure, community radio is especially valuable in development and democracy promotion.  Community radio can help people access information unblemished by propaganda, violent and discriminatory rhetoric, and government bias.  The BBC’s Somali Service and BBC Media Action, for example, have participated in community radio programs that promote things like polio tracking, literacy, and artistic expression.

I sat down with Eric Robinson, the Senior Program Officer for East and Southern Africa at the National Endowment for Democracy, to learn more about community radio’s role in Somalia’s development.   Is there a sustainable model for community radio outside of international donor funding?  What are the challenges faced by local radio journalists and international donors?  What is the future of community radio in the country? Listen to the podcast above for answers to these questions and more.