Consulting with Lawmakers on the Media Environment in Latin America 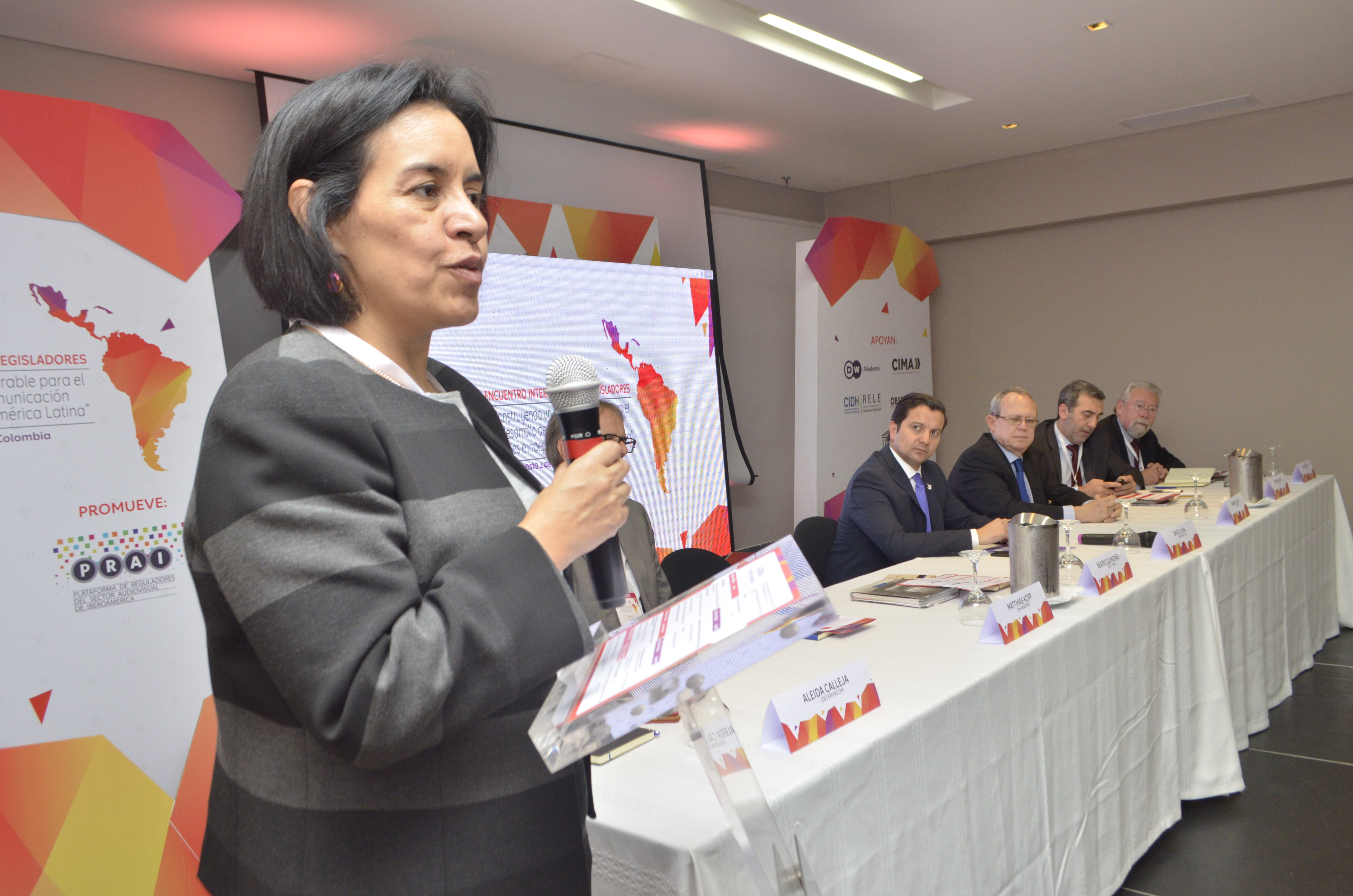 Effective media development work requires the engagement of sectors beyond the media themselves–that is, governments, academia, and civil society. Based on this notion, CIMA and Deutsche Welle Akademie (DWA), the media development arm of the German international broadcaster, have launched a series of regional consultations around the world with media stakeholders on the ground to diagnose the underlying obstacles to solving the problems that media face: censorship and attacks against the press, economic sustainability, concentration of ownership, and lack of transparent broadcast regulations.

The first of these consultations took place in Bogota, Colombia, in November 2015 with the cooperation of 10 other partner organizations, bringing together more than 130 civil society and media watchdog NGOs, broadcast regulators, academics, media industry representatives, officials from government ministries, and others in the media and development sectors. Notably absent were members of national parliaments. Recognizing that good media law is crucial to media development, CIMA, DWA, and other partner organizations conducted a follow-up conference for legislators from all over the region at the beginning of August.

Legislators from 11 Latin American countries met in Bogota to discuss the problems media face in the region under the theme “Constructing a Favorable Environment for Plural and Independent Media in Latin America.” Fourteen legislators from Argentina, Bolivia, Colombia, Costa Rica, Guatemala, El Salvador, Mexico, Nicaragua, Paraguay, Uruguay, and Venezuela spoke about the state of media and media law in their countries and heard presentations of case studies from the conference organizers. Besides CIMA and DWA, organizing partners and speakers included Edison Lanza, special rapporteur for freedom of expression for the Inter-American Commission on Human Rights; Frank La Rue, UNESCO’s assistant director-general for communication and information; Beatriz Quiñones of Colombia’s broadcast regulatory authority; Guilherme Canela of UNESCO’s South America office; and Gustavo Gomez and Aleida Calleja of the Uruguay- and Mexico-based media observatory, OBSERVACOM.

“We’re mainly seeking to put the themes of freedom of expression, pluralism, and the concentration of media on the legislative agendas of all the countries, and for that the legislators are an essential piece,” Lanza said.

Tomas Guanipa, an opposition member of Venezuela’s National Assembly, told a Venezuelan online magazine following the conference that the government’s controls on foreign exchange and state-owned companies’ monopolies on supplies needed to produce print media “have become instruments of censorship and control of information, which has not allowed the independent press to express in its true dimension the serious problems troubling Venezuelan society.” Guanipa, chairman of the legislature’s committee on communications media, said, “We came to Bogota to learn about experiences that are being developed in other nations…the experiences of Colombia and policies for improving audiovisual communication, new legislation, and especially the particular case [of media legislation] in Uruguay are experiences that we must take to improve Venezuelan law.”

In addition to outlining the problems for media in Nicaragua, Deputy Enrique Saenz, shone a stark spotlight on the problems for democracy in general there. Rising to address the conference, he began by saying he probably shouldn’t even be there, as he and 15 other members of the opposition in the legislature had been summarily expelled the previous day.

By the end of the conference, several of the legislators and other participants expressed interest in continuing the cross-border connections in some formal way. Jimena Costa, an opposition deputy from Bolivia, suggested that the legislators draft a formal declaration based on the discussions in Bogota.

CIMA and DWA’s regional consultations will continue next month in Jakarta, Indonesia, as part of the Global Forum for Media Development’s world conference.

Don Podesta is a Program Officer for Latin America and the Caribbean at the National Endowment for Democracy. Previously he was the Manager and Editor at CIMA. He was born in Chile and raised in Colombia.