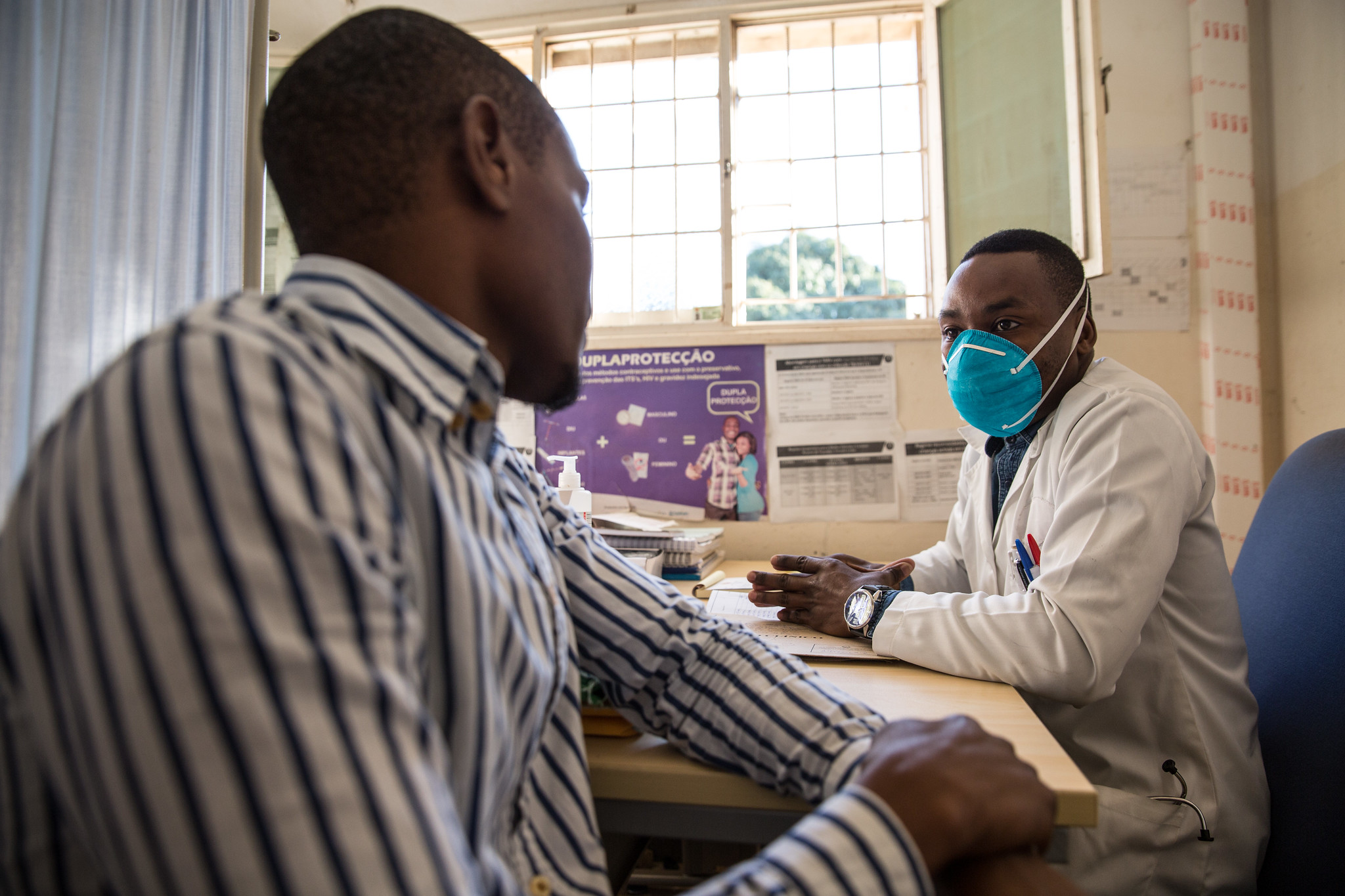 Photo by Ricardo Franco/CDC, CC BY 2.0

More than half of official international assistance for health goes to sub-Saharan African countries where health systems remain fragile. The COVID-19 pandemic has since pushed many of these systems to the brink. As international donors consider how to help health sectors across Africa to “build back better” after the pandemic, they should pay greater attention to the vital role of high-quality health journalism.

Driven by the imperatives of Sustainable Development Goal 3 to “Ensure healthy lives and promote well-being for all at all ages,” international donors have made considerable investments in the development of public health: A total of $11.9 billion in Official Development Assistance (ODA) for health was disbursed to sub-Saharan African countries in 2018. The same applies to private philanthropic organizations (especially the Bill & Melinda Gates Foundation, the biggest funder). According to an OECD report, Africa was among the most supported regions, from 2013 to 2015, with nearly 24 percent of public health spending by private philanthropic foundations going to African countries.

Despite the prioritization of health in sub-Saharan Africa, it is only in the last 10 to 20 years approximately that international players in the region have made a more intensive effort to strengthen health journalism. These include foreign governments (e.g., the German government and the United States Agency for International Development (USAID)), international governmental organizations (e.g., the Joint United Nations Programme on HIV/AIDS (UNAIDS)), and NGOs such as the Bill & Melinda Gates Foundation, the Open Societies Foundation, and Internews.

But specialized news desks and journalist training have been the focus of media development assistance in the region. In addition, there are efforts by international donors to promote or establish health and science journalism organizations in African countries, such as the Media for Environment, Science, Health and Agriculture in Kenya (MESHA), the Health Journalism Network Uganda (HEJNU), and the Bhekisisa Centre for Health Journalism in South Africa. All of these organizations try to establish and improve health journalism in their countries by training journalists in health reporting.

One particularly successful example of these efforts is the Bhekisisa Centre for Health Journalism in South Africa. The center was established in 2013 as a health desk of the Mail & Guardian (M&G), a national weekly newspaper, with financial support from the German government. Later, the center also received funding from the Bill & Melinda Gates Foundation, among other philanthropies. By the time Bhekisisa left the M&G in 2019, it had become the newspaper’s largest specialized department, with seven full-time staff members.

Today, the center is an independent media organization that engages in narrative, solutions-oriented journalism regarding health and social justice issues across Africa and is still mainly, but not solely, funded by donations from international media development organizations. Bhekisisa has begun funding its work by offering trainings for journalists and health care professionals and hosting and moderating events, as well as through contributions from readers.

Another good example of effective health journalism support comes from Internews. The nine-year “Voices in Health program” (2003-2012), funded by USAID, initially trained hundreds of journalists to report responsibly on HIV and AIDS. The focus was on making the science of HIV/AIDS accessible to journalists, dispelling myths, and reducing stigma associated with HIV and AIDS. A rigorous internal evaluation of the program attested to its high impact.

Interviews with journalists participating in the program found that 84 percent of the respondents rated Internews’s support as important for their professional development because they were either promoted or offered a job as a result of their training. Similarly, 93 percent of healthcare partners said that working with Internews was beneficial to their organization’s work. The self-reported success of this program resulted in the initiation of two follow-up programs by Internews in Kenya, namely the Health Media Project (2013-2017) and Health Voices Amplified (2017-present).

To be sure, health journalism faces considerable challenges in many African countries. Committed African health journalists often find it difficult to report on topics in the field of medicine and health in their home countries, where health journalism is less popular and profitable. Additionally, restrictions on freedom of movement and freedom of the press present further challenges for journalistic health reporting. For example, as part of its “Tracker 19” initiative, Reporters without Borders registered many COVID-19-related restrictions on press freedom in several African countries, including Tanzania, Ethiopia, Kenya, and Burundi.

Moreover, a further complicating factor from the perspective of many African journalists is that only a few of them have the necessary science knowledge (e.g., regarding medical terms) and contextual knowledge (especially regarding health politics and health systems) to accurately portray health and medical facts in their reporting. In addition, journalists faced several personal challenges during the COVID-19 crisis. These include the loss of jobs or salary cuts, as well as the lack of personal protective equipment for journalists who had to go into the field in order to report on COVID-19. These factors often make high-quality reporting on health issues difficult—especially in times of huge public health crises. In addition to conventional development aid measures, global media development assistance can also play an important role here and address this multitude of challenges connected with health reporting.

Another concern raised in media development research relates to the overreliance on donor funding and distortions to journalistic coverage that can result from instrumentalist investments in news media. Journalists invited to lectures and workshops on certain health topics sometimes receive transport allowances and so-called “sitting fees” for their participation. That some of the sponsors of health journalism are also involved in other areas of health also raises concerns that journalists may feel compelled to report uncritically on their donors’ health projects.

With these risks in mind, international media development actors seeking to be involved in the field of health journalism in sub-Saharan Africa should consider following a few best practices:

Stefan Wollnik is a research associate at the Institute for Communication Studies at the University of Duisburg-Essen in Germany and a member of the post graduate program MEDAS 21. As part of his dissertation, he is working on the question of the societal importance of health journalism in sub-Saharan African countries. In this context, his research focuses in particular on the role of international media development assistance.