Landscape for Journalists in Pakistan Going from Bad to Worse 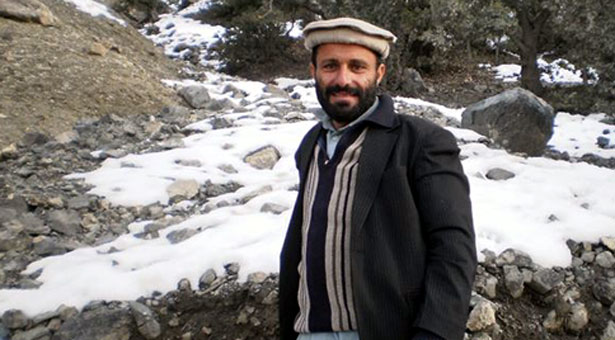 Another Pakistani journalist has been killed.

Zaman Mehsud was attacked on November 3 in the country’s northwestern province, Khyber-Pakhtunkhwa–a conflict zone that has turned deadly for journalists. The Taliban quickly claimed the responsibility for attacking Mehsud and cited his critical writings as the reason. This is not the first time a Pakistani journalist has been attacked by Islamic militants. Since 2002, at least 70 journalists have been killed, and in the tribal regions 14 journalists were attacked and killed.

Mehsud’s tragic silencing is also related to his defense of human rights, a term that is anathema to both the militants and security agencies in the tribal areas. Since June 2014, Pakistan’s military has been engaged in a major battle against the Taliban. However, journalists have little or no access to the area and therefore the information shared by the government has to be taken on face value. While the number of terror incidents has gone down in the last 11 months, official information needs to be verified.

The attack on Mehsud follows the deadly assault on two media workers–Aftab Alam and Arshad Ali Jaffrey-in Karachi during September. They were killed within 24 hours. Reportedly, Alam and Jaffrey were targeted for their religious orientation by the extremists. Another journalist, Abdul Azam Shinwari, who worked for state TV, was shot in an attack in Peshawar. Mercifully, he survived. A recent index released by the Committee to Protect Journalists (CPJ) on impunity places Pakistan at number 9. CPJ holds that “threats to journalists stream from military and intelligence agencies, political parties, criminal groups and militants, and corrupt local leaders”.

While Pakistan’s government has made substantial gains in recent months against the Taliban-led militants, the price of a military operation has been a decline in media freedoms. There is officially no policy of censorship but a series of events in the past year have created a situation of self-censorship and muzzling of free speech. In November 2012, the Lahore and Islamabad High Court Court passed orders that no critical remarks can be made against judges. The leader of the Muttahida Qaumi Movement, Altaf Hussain was gagged by court order . The reason was that he had consistently criticized the security  operations in Karachi leading to the arrests of his party workers and raids on the political offices. The military-led operation in Karachi is popular in many segments of Pakistani population,but human rights groups have expressed some reservations and called for greater transparency.

But censorship in Pakistan runs deeper than it appears. The executive and judicial authorities feel empowered to muzzle free speech citing national interest and constitutional provisions that bar remarks against Islam, the “ideology of Pakistan” (not to different from the earlier exception), the armed forces, and the courts.  Pakistan’s Supreme Court ousted former Prime Minister Yusuf Raza Gilani for his critical remarks against the judges in 2012. Such precedents have emboldened the courts to disallow critical and even fair comment about their verdicts.

Media freedoms took a nosedive in 2014 when a journalist, Hamid Mir, blamed the intelligence agency ISI for an attack  (which he survived) on him in April 2014. The consequences were grave for both Mir and GEO, the largest media house of the country, where Mir works. Rival media outlets called Mir a traitor and GEO had to pay a heavy fine and face closure for some time. Since then all media groups have become overly cautious. The English language newspapers with a minuscule readership in the country enjoy more freedoms, but the popular television shows in local languages work under an unwritten policy of filtering content that may appear to be critical to security institutions.

Since my exodus from the broadcast industry, I have been virtually silent on the TV screens. It is also difficult to comment frequently given the information lags and different time zones. Following the death of journalists in September, I was invited by a Pakistani TV channel to participate in a debate on why journalists were being targeted. I cited a number of actors that perpetrate violence against journalists–militants, mafia, and state among others. As I was elaborating on the latter, citing the case of Saleem Shahzad, who was killed in 2011, I was virtually blacked out and the phone line dropped. I understood why it had happened as the staffers of the news channel did not want to get into trouble.

A week before, a young journalist recorded the intimidation and harassment faced by women journalists. For some, complaining about dwindling media freedoms is akin to being unpatriotic, and the report was received in that light. This is what makes the task of establishing a societal consensus difficult. The otherwise flourishing media industry has also fallen short of setting standards and instilling editorial filters in their reporting and commentary. This has marred the credibility of media commentators. For instance, during the political protests of 2014, TV talk show hosts took partisan positions and some even asked the military to intervene so that order could be restored. One insider has chronicled brazen interference in the newsrooms.

For now, the government of Pakistan has to deliver on its assurances to prosecute those who attack journalists. By not doing so, the elected government and the Parliament is risking its own future. No democratic order can sustain itself without media freedoms.

Raza Rumi is a visiting fellow with the Reagan-Fascell Democracy Fellows Program at the National Endowment for Democracy and a scholar-in-residence at Ithaca College.