Talking the Talk but Failing to Walk the Walk : The Liberian Government’s Freedom of Expression Problem 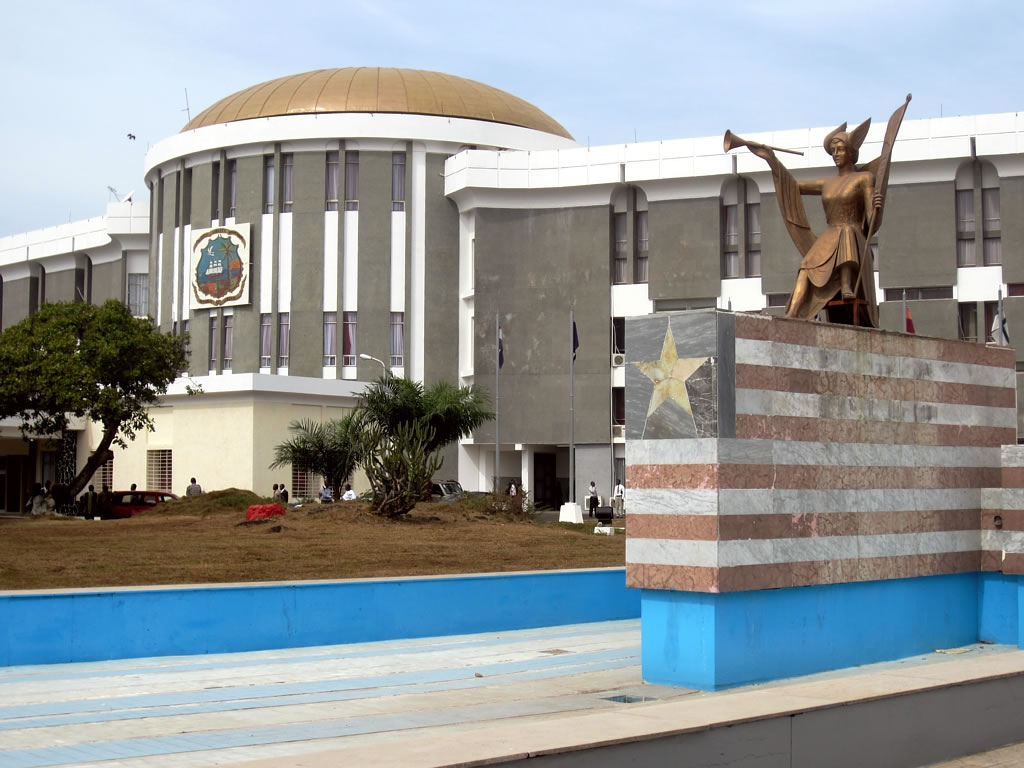 Capitol Building in Monrovia is the seat of Liberia's bicameral legislature. Photo by David Stanley and licensed with Creative Commons (CC BY 2.0).

On July 21, 2012, six months after receiving her second six-year mandate, President Ellen Sirleaf signed the World Association of Newspapers and News Publishers’ (WAN-IFRA) Declaration of Table Mountain, which seeks to abolish insult laws and criminal defamation across Africa. The president’s action was a show of commitment to free speech and press in Liberia. President Sirleaf’s signature of the declaration made her the second African president to sign the document, the first being Niger’s President Mahamadou Issoufou. At the ceremony President Sirleaf was emphatic in committing herself “to advancing free press and free expression not just in Liberia, but to use our leadership role to promote it on the entire continent of Africa.”

However, just a year after signing the Declaration of Table Mountain, President Sirleaf’s government charged a handful of low-level opposition operatives with sedition for calling for her resignation. This is ironic given the fact that Sirleaf herself faced sedition charges in Liberia in 1985 for a speech she gave in Philadelphia that was critical of the military government. She more than anyone should understand how damaging these actions can be to the development of a strong and independent media ecosystem.

Commitment with no Action

Since her signing of the Declaration of Table Mountain, President Sirleaf has publicly stated that her government is interested in ridding the Liberian penal law of all provisions that negatively impact free speech. The provisions include criminal libel against the president, criminal malevolence, and sedition. Criminal libel and criminal malevolence subject people who make statements deemed injurious to the reputation of the president or a government official to criminal prosecution. Sedition for its part is much more indiscriminate, as it criminalizes both domestic and international antigovernment speech made by Liberians. In effect, someone could be charged with sedition or disbarred for being critical of the Liberian government on the international stage.

These laws have been used sparingly since the government of President Sirleaf took office in January 2006. Indeed, over the past ten years they have been used about three or four times total. And yet, while these laws have not been widely used, the fact that the government has taken no meaningful steps beyond lip service to expunge them from the penal code is cause for concern. As someone who has been a prisoner of conscience, the current Liberian president is better placed than most to seriously lead the charge to make Liberia a true beacon of free expression as she promised at her signing of the Declaration of Table Mountain. She has however been in power for more than 10 years with little or no progress on this issue.

Omens of a Bad Future

Recently in Liberia, a minor opposition figure accused the government of operating a death squad in the country. He claimed that he had been informed that the killers had names of people, including himself, to eliminate. His apparently spurious allegations came in the wake of a suspicious death of a high profile former Liberian official. The government’s reaction to his allegation was to send heavily armed police officers to his residence to arrest him. A manhunt was launched for the individual, as he was not found at his home. He remains outside the custody of the government. Many Liberians believe he has fled the country.

In August 2014 the government shut down the National Chronicle newspaper because of publications by the paper that plans were afoot to establish an interim government in the country. The Chronicle Newspaper is a tabloid whose publisher was once a close ally of President Sirleaf. The newspaper, which was closed without any recourse to law, was ordered reopened by the Liberian Supreme Court in August 2015 on the grounds that the government acted outside the ambit of law.

Liberia will hold presidential and legislative elections in October 2017, and the country is poised to transition democratically from one president to another for the first time in over 100 years. This is a truly momentous period for the country, one which could uphold and strengthen democracy or reverse it. Given that the Sirleaf administration is the most democratic presidency Liberia has had in the last 70 years, it is incumbent upon the Sirleaf administration to ensure that Liberia’s democratic credentials are truly solidified before the end of its tenure on January 15, 2018. To achieve this, the president and her government must work hard over the next 22 months to remove from the statute books every law that is against free expression. Perhaps even more importantly, the government will also have to work on changing the attitudes of officials as it relates to their intolerance of free speech.

Lamii Kpargoi is Reagan-Fascell Democracy Fellow at the National Endowments for Democracy. He is a civil society activist, journalist, and lawyer who currently serves as officer in charge of the Liberia Media Center, where he works to foster transparency and bolster media capacity through trainings and research.