Media Freedom in the New Burma: Defamation, Self-Censorship, and Implications for Ethnic Minorities 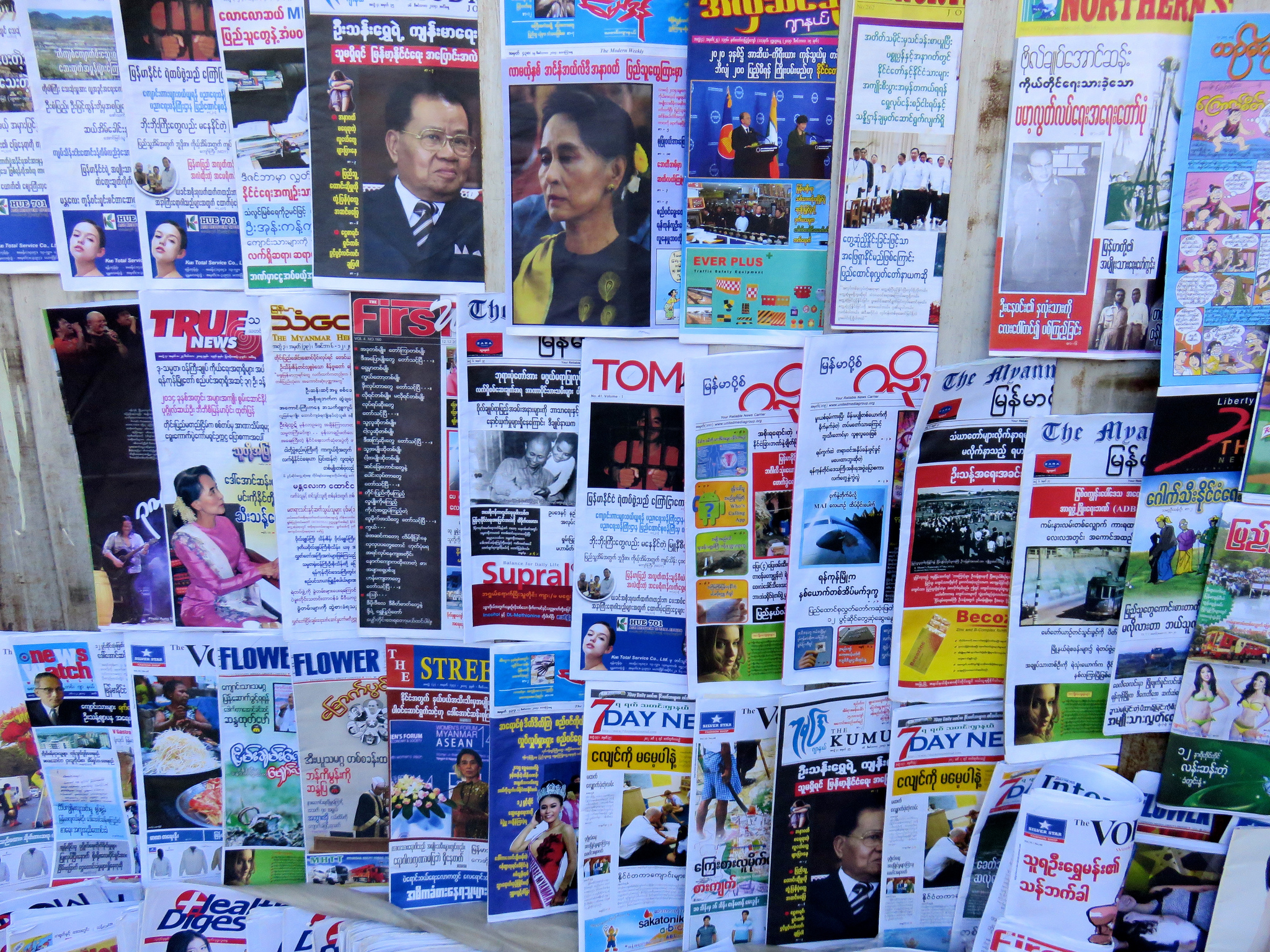 With last November’s landslide election victory of Nobel Laureate Aung San Suu Kyi’s National League for Democracy, the outlook for a successful democratic transition in Burma, also known as Myanmar, seems more positive than ever. Arguably, it was the initial opening of the media environment under former President Thein Sein, including the end of official government censorship and the issuance of publication licenses to dozens of independent newspapers across the country, that left many to conclude that the stage for concrete reforms was finally set and that Burma was on the right political track. With all transitions, however, the devil is in the details. The first peaceful transfer of parliamentary power to a democratically elected party should no doubt be cause for optimism, but if the media environment in the new Burma remains a gauge for transition success, by no means should these initial victories overshadow the very real challenges that remain.

Just in the last month, as the Obama Administration lifted all remaining US sanctions on the country, two different courts found journalists guilty of defamation under Burmese Penal Code article 500. In the first case, a writer for the Tenasserim Weekly Journal was sued by the Delco Ltd mining company after publishing a creative piece written from the perspective of a fish being negatively affected by the pollution and destruction of its river habitat. Notably, Delco Ltd was not even mentioned in the writing, yet the company’s interest in stymying any sort of discussion for the concern of environmental issues trumped those of the broader public, and the case was still carried out to conviction.

In the second case, two journalists from the Pa-O-language newspaper The People’s Voice, which is published and distributed in and around Taunggyi, the capital of Shan State, were convicted after exposing a local political leader’s extortion of villagers for the funding of a personal birthday celebration. In both cases, the condemned journalists were given the choice of either paying a fine of 30,000 kyats (approximately USD$24) or spending one month in prison. The fine was the obvious choice, yet despite the nominal fee, the length of time it took to try each case (over four and fifteen months, respectively) no doubt inhibited these journalists’ abilities to carry out their work effectively. In the latter case, travel and logistics costs to attend bi-weekly court hearings often exceeded the monthly salaries of the accused journalists. While many journalists are already struggling to survive on shoestring budgets, the threat of defamation and the potential for financially ruinous court cases has effectively taken the place of Burma’s censorship board by pushing journalists to self-censor and kowtow to the same power structures that existed under military rule.

And if this new era of self-censorship isn’t bad enough, it is also important to note that both the plaintiffs and the defendants in the case of The People’s Voice were from the Pa-O ethnic community. Unlike most ethnic minorities in the country, the Pa-O largely settled their grievances with the Tatmadaw, as the Burmese military is known, with a ceasefire in 1991 that eventually led to the creation of an ethnic self-administered zone (SAZ) spread across three townships in southern Shan State. This SAZ is de facto governed by the Pa-O National Organization (PNO), which doubles as a political party at the state and national levels, and its armed wing, the Pa-O National Army. With the issues of ethnic ceasefires among dozens of armed ethnic groups and federalism being the largest factors for consolidating the country’s peaceful democratic transition, the defamation suit brought against The People’s Age journalists by a PNO leader shows just how firmly cemented the authoritarian power structures are among Burma’s ethnic communities.

If Burma’s political transition is to truly succeed, fundamental rights–including the freedoms of expression and information–must be prioritized by the NLD government by speaking out against the proliferation of flimsy, litigious tactics. Furthermore, if the case of The People’s Age serves as a harbinger for intra-ethnic relations, ethnic media and civil society activists will need to work not only on pushing for an inclusive peace and political agreement with the central government, but also to prepare their own leaders for the type of open media environment that a true democracy really needs. In the meantime, the international media development community would do well to expand its focus in the country beyond capacity building to actively foster and support activist campaigns working to create a freer media landscape as well as provide more resources for emergency legal and livelihood support to journalists and others affected by spurious claims of defamation.

David Angeles is a Program Officer for Southeast Asia at the National Endowment for Democracy.