National Press Club Examines the Crackdown on Press in Turkey 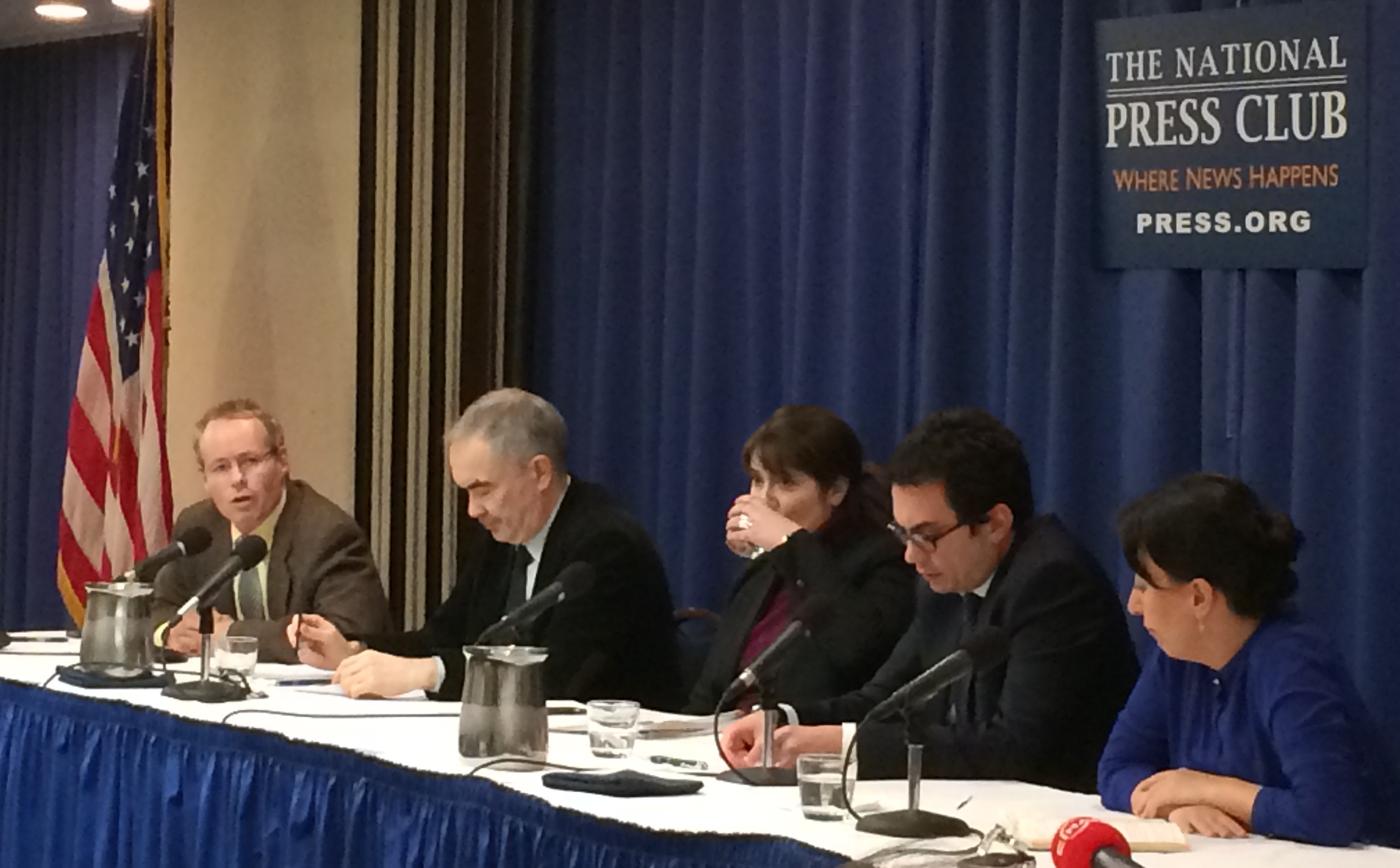 Given the political tumult in Turkey and the dramatic crackdown on independent media, which reached new heights in December, the National Press Club organized a panel session to discuss this and other challenges for the sector.

During the event the recent crackdown on journalists last month and the Erdogan government’s most recent move to force Facebook to censor content deemed offensive to the Prophet Mohammed weighed heavily on the conversation, but the panelists spoke more broadly about the trends and drivers behind the starling crackdown on independent media in Turkey.

Although Turkey occasionally made international headlines in the 1990’s for excessive sentences of prominent writers and journalists for violating anti-terrorism law or criticizing “Turkishness” Mr. Kirisci of the Brookings Institute said the difference between the 1990’s and today is that “journalists are now under intense persistent pressure in a way they were not before.” The current crackdown on Turkish media is particularly troubling to Mr. Kirisci because just a decade ago, Turkey was experiencing what he describes as the “closest form of true liberal democracy” in its history.

Regardless of the political context, however, Turkey has long been guilty of suppressing the media. Ms. Hageland of Reporters without Borders notes, “Turkey has jailed more journalists than any country in the world in recent years,” only relinquishing the top spot last year, according to Committee to Protect Journalists (CPJ).  But it is not just the government that undermines Turkish media. Heavily concentrated media ownership is a major problem for the sector as well. As powerful media owners pursue political alliances in support of their own political and economic interests, quality professional reporting gives way to “excessive nationalist rhetoric and self-censorship.”

The chairman of the freedom of the press committee at the National Press Club and moderator, John M. Donnelly, noted at the beginning of the panel that the National Press Club came under fire for “picking on Turkey” by holding this event. But it is clear that the Turkish media is headed on a negative trajectory and the problems go well beyond the crackdown by Erdogan and his government.