Online Violence against Women: In Whose Hands Are Journalists Safe? 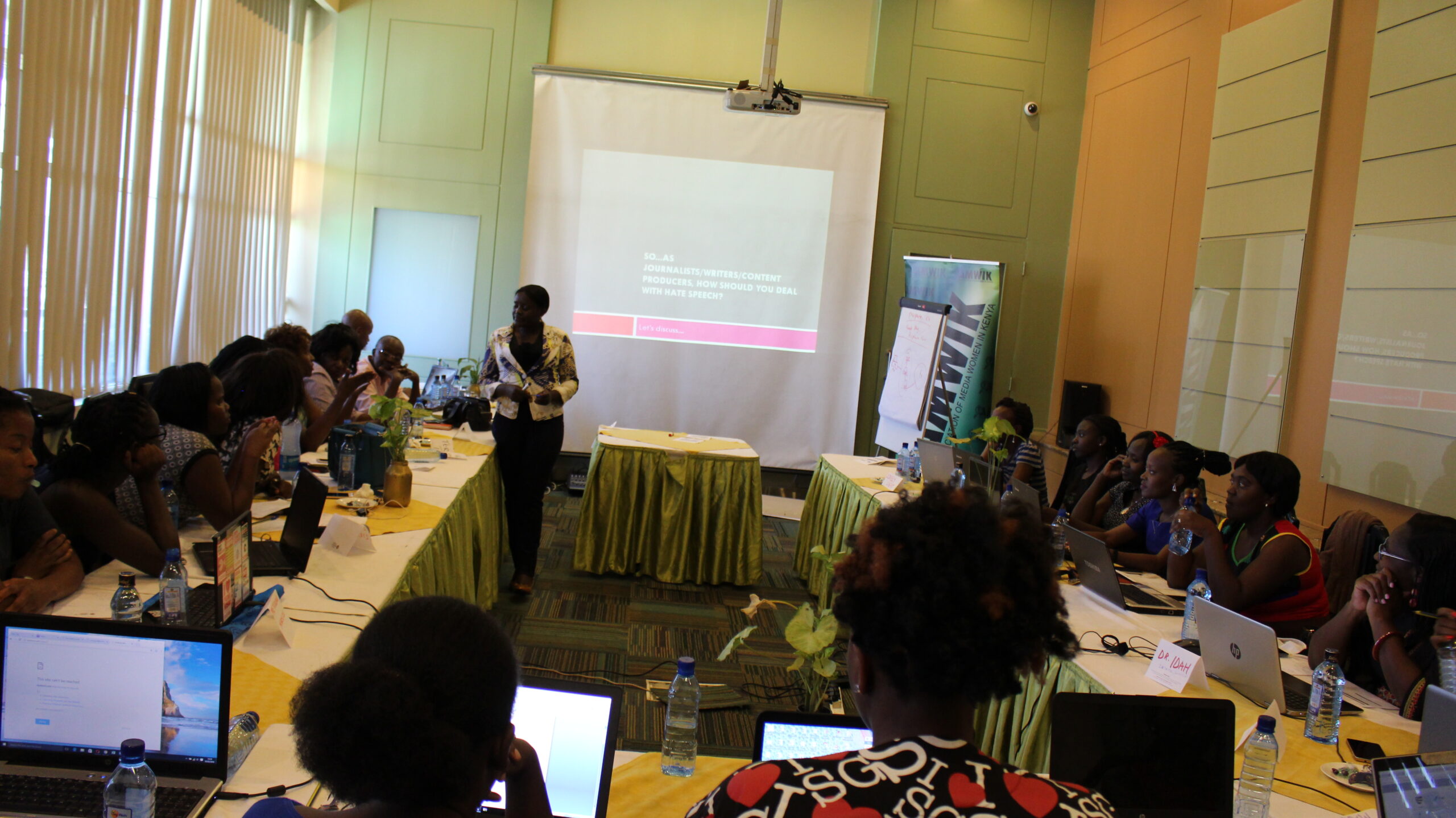 A couple of years ago, I lost my first child due to a pregnancy-related complication. This experience ignited my passion for advocating for maternal health, and so I started producing health programs on the radio. I also threw myself into blogging to reach wider audiences with information that can save lives.

In 2014, while visiting a friend in a hospital in Nairobi, I met a woman who was crying bitterly. I asked one of her relatives what the problem was. She had lost her only daughter following a botched abortion. My heart broke into 1,001 pieces. The journalist in me pushed me to dig deeper into this topic. The maternal health advocate in me made the decision to write a blog post on safe abortion. That is when I became a victim of online abuse.

A not-so-happy reader pounced on me with abusive comments. These comments did not just touch on me as a journalist, but as a woman too. He told me to stop misleading women and ended up claiming that I had not had a miscarriage, accusing me of killing my unborn baby. I would delete his comments, but the perpetrator kept reposting them and following me into my inbox with more abuses. Although I later blocked him, I was left emotionally and psychologically bruised. I did not know how to deal with online abuse, so I suffered in silence, stopped using social media on both a personal and professional level, and began to mourn my unborn child afresh.

Social media is now integral to journalistic practices. Journalists are increasingly using social media and other digital tools in ways that blend their personal and professional identities, such as finding sources and story ideas, creating and distributing content, and engaging with audiences. This, in turn, exposes them to threats.

Globally, online violence against female journalists has become a “silent epidemic.” A 2021 UNESCO global survey indicates that nearly three quarters of female journalists have experienced online harassment. According to the report, mental health impacts were the most commonly cited consequence of online attacks, with a number of respondents suffering PTSD connected to the online violence they experienced. As a result, about 30 percent of those who have experienced online harassment have subsequently self-censored on social media.

According to research conducted by the Association of Media Women in Kenya (AMWIK) and Article 19 Eastern Africa, seven out of ten female journalists in Kenya have experienced some form of online harassment in the course of their work. The common forms of attacks online include cyber-stalking, illegal surveillance and privacy breaches, abusive comments, name-calling, body shaming, trolling, sexual violence, intimidation, threats of violence, and doxxing—the publishing of sensitive personal information online, for example home address, email, phone number, and National Identification number to harass or intimidate a person.

In Kenya, one day, you could be an ordinary journalist going about your reporting duties with zeal and dedication; the next day, the internet is flooded with your private pictures and videos and abusive comments from anonymous people who don’t have a clue of who you are. Unfortunately, what happens next is often self-censorship and reduced online engagement, which negatively affects career growth and income.

Journalists now face a serious dilemma. On the one hand, we live in a virtual society and therefore need to be online to reap the digital dividends. On the other hand, we are harassed in the online space by perpetrators who get away without any consequences. There are no adequate measures to protect us against such harassment: Our media organizations do not know how to act when we are facing these attacks online, and our legal protections, which look very promising on paper, are not implemented. The big question then is, in whose hands are journalists safe?

I must confess that my experience with online violence made me so tense that I left social media for some time—and, by the way, this is what perpetrators want. But later, through training offered by AMWIK in partnership with IREX Kenya, I got my grounding in digital safety and security. I have never looked back since then.

I grew more robust and more passionate in my career as a journalist. In addition, I became a huge advocate against online gender-based violence. Outside of my formal employment as a radio journalist, I train female journalists, politicians, and human rights defenders on digital literacy and safety.

For the few months that I was offline to rethink about my life choices—journalism and blogging being one of them—I discovered that online violence against female journalists is a gender equality struggle and freedom of expression crisis that needs to be taken very seriously by all actors involved. This means the solution requires a multi-stakeholder approach.

For example, civil society and professional associations like AMWIK, the Media Council of Kenya, and the International Association of Women in Radio and Television, among other bodies, should train female journalists to recognize how different forms of digital attacks manifest, and provide them with strategies to protect themselves from such attacks. AMWIK already offers personal security training for female journalists, and has developed resources, including a digital security factsheet and handbook, to help female journalists mitigate risk in the course of their work. Their work, which has already helped many journalists, content producers, and journalism students, should serve as a model for other civil society and media support organizations. In addition, some forms of online violence, like doxxing or threats, may require a journalist to relocate. Such organizations can facilitate this process for a given journalist, while her media house grants her a leave of absence until she feels safe.

Kenya has several policies that touch on participation in online spaces. The constitution guarantees the right to privacy, assembly, association, and equality. Key laws governing on-line spaces include the National Gender and Equality Commission (NGEC) Act, the Sexual Offenses Act, the Computer Misuse and Cybercrimes Act of 2018, the Penal Code, and the Data Protection Act of 2019.

These legal frameworks may appear sufficient, but they continue to receive criticism from cybersecurity experts. For example, the Sexual Offences Act does not expressly cover sexual abuses that manifest online. The Computer Misuse and Cybercrimes Act has been criticized for being vague because it does not define cyber harassment, does not contextualize the crime, and provides for punishments that would have a chilling effect on the right to freedom of expression. However, the most significant issue is the implementation of these existing laws at the enforcement level. Law enforcement agencies, including police, prosecutors, and judicial officers, should be better equipped to understand the nature of online offences and should have the requisite tools to unmask perpetrators, investigate such cases, and deliver justice to victims of online violence.

The media should develop precise reporting mechanisms on cyberbullying and harassment. They should also raise awareness of women’s online abuse and harassment not only by covering stories related to women’s experiences online, but also by publishing the stories of female journalists highlighting how online violence affects all aspects of their lives, personally and professionally. Media houses and media support organizations should also develop counselling programs where both formally employed and freelance journalists experiencing online abuse can receive psychosocial support.

Lourdes Walusala is an award-winning radio journalist at the Kenya Broadcasting Corporation and an avid maternal, newborn, and children health advocate. She is also a holistic security trainer who works to strengthen the resilience and ability of female journalists, politicians and human rights defenders to recognize and respond to digital threats and attacks, as a result, navigate the internet without fear.