Open Journalism and the Open Road Ahead 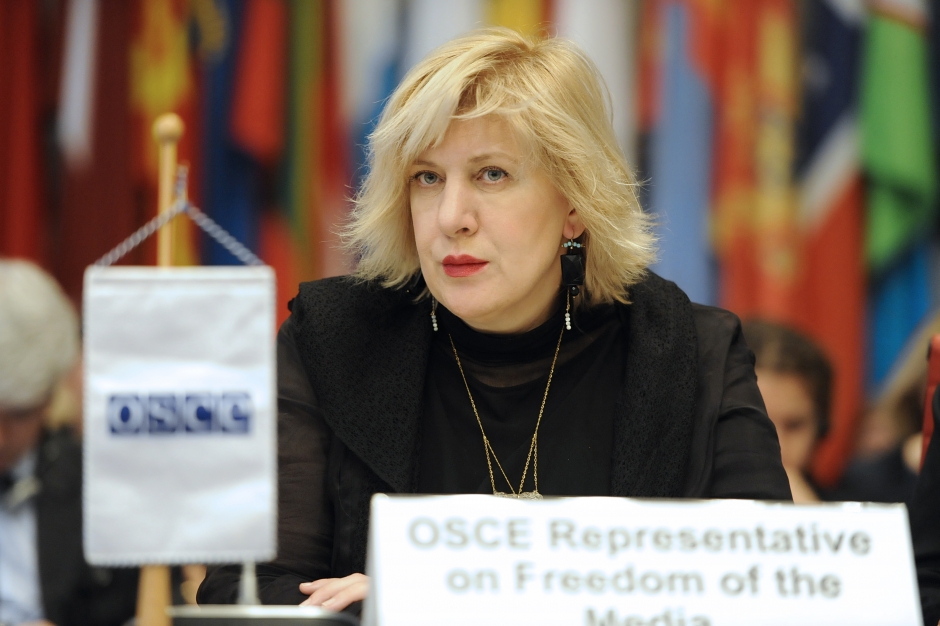 OSCE Representative on Freedom of the Media Dunja Mijatović, at the Permanent Council in Vienna, 16 January 2014. Credit: OSCE/Micky Kroell

Guest post by Dunja Mijatovic, OSCE Representative on Freedom of the Media

As the technological landscape evolves in an increasingly digitized world, so widens the wellspring of news and information: shaky cell phone footage, amateur photography, even hastily composed tweets and social media posts. Open Journalism is an appropriate catch-all for these new sources, and, in a sense, represents a return to an honest and transparent newswriting. There are no style guides to be read, no editors to be consulted, no rules to be followed.

In this vein, however, the greatest strength of Open Journalism is also its most glaring pitfall – the lack of regulation and professional standards. The OSCE Representative on Freedom of the Media seeks to explore the many trappings of Open Journalism, since the practice of involving readers and civilians raises questions that are legal, ethical, and regulatory in nature. Issues that traditional journalists encounter are similarly present, such as protection of sources, access to information and editorial independence. OSCE Representative on Freedom of the Media Dunja Mijatović, at the Permanent Council in Vienna, 16 January 2014. Credit: OSCE/Micky Kroell

As such, in 2014 the Office of the OSCE Representative on Freedom of the Media will hold a series of meetings among experts, policymakers and regulators touching on the practice and terminology of Open Journalism, legal issues, accountability and regulatory challenges. The meetings will help increase our understanding of the issues involved, best practices and possible solutions to advance and strengthen free media (see www.osce.org/fom/open-journalism).

The Tweetchat will provide an online forum for members of the international media development community to come together and pose questions about Open Journalism. To ask a question, simply log on to Twitter and tweet your question using the hashtag #askrfom. Help us cross miles and time zones with technology and pose your question on Open Journalism on September 18!