Propaganda and Misinformation in Russia 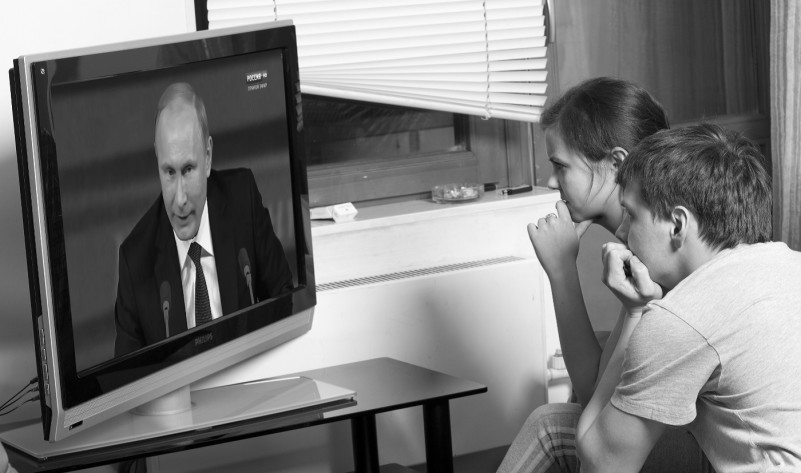 Misinformation in the global context is a major problem, especially in an age of rapidly spreading information technology. As information crosses borders at an unprecedented pace, some sophisticated authoritarian regimes are using this to their advantage. A briefing sponsored by Freedom House highlighted the ongoing use of propaganda and misinformation in Russia.

Russia’s tactics of misinformation are a well-known strategy called “reflexive control,” which includes four components:  dismiss, distract, distort, and dismay. According to Maria Snegovaya, a PhD candidate specializing in Russian propaganda, this strategy serves to create uncertainty. No one know what information is sanctioned by the state, creating an environment of self-censorship to avoid consequences. Further, according to Maxim Eristavi, a Ukrainian journalist, Russian propaganda isn’t designed to convince–it is meant to radicalize society, destroying the middle ground for debate.

After the fall of the Soviet Union, many people thought that access to mass amounts of information on the Internet would be the solution to this problem. However, the Internet provides a blank canvas, leaving ample room to wander to different sites causing rumor, fallacy, and distorted facts. Alan Cullison, a Wall Street Journal correspondent and public policy fellow with the Wilson Center, explained that television is a directional tool–if you control what is said on the television, you can control what people think.

The stark reality is that it is nearly impossible to find a credible source of information in Russia. The truth lies between the many news outlets reporting on any given topic, and the way to combat this problem is with good journalism. In the Russian context, however, this is extremely difficult as the Kremlin is excellent at squashing independent voices. While things are dire in Russia today, Snegovaya highlighted a positive aspect which she also mentioned at last week’s National Endowment for Democracy event launching a new report. “Russians don’t incorporate values from propaganda,” she said.