In the age when everything is going digital, is there a place for public service broadcasting? 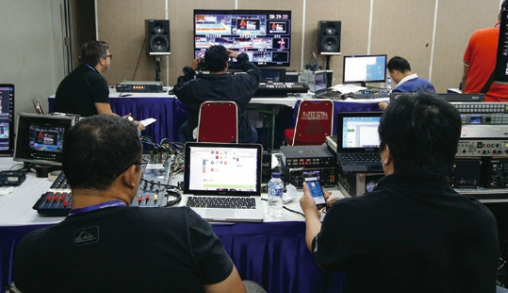 That’s the question we will try to answer this week in a special trans-Atlantic dialogue featuring a new CIMA report with responses from the World Bank, Internews and BBC Media Action. I will be moderating the panel of experts who have been grappling for decades with the question of how to introduce this model of media that is so full of promise yet so difficult to achieve. (RSVP by 5:00pm EST on 2/16 to join us at the event in DC).

Indeed, the nearly utopian promise of public service broadcasting is hard to exaggerate. In its most idealized version, it is a form of media that focuses first and foremost on the needs of regular people, providing what it takes to turn Average Janes and Joes into well informed, productive citizens. While it is financed by taxes or fees paid by the public, this ideal version is controlled by an independent board with high journalistic standards that ensures that the news doesn’t get captured by the ruling powers or by other narrow interests.

How great is that?

But, alas, it is over this relationship between money and editorial control that this promising model so often fails. In fact, for weak developing countries with highly polarized societies—the ones that probably need this type of institution most of all—it is really difficult to make it work.

For one thing, truly independent public service broadcasting requires a strong system of transparent governance. As we watch the heated debate now underway in the UK about the renewal of the BBC’s charter, we should remember that even after several centuries of parliamentary democracy, these things are never easy.

And for most developing countries, public service broadcasting (PSB) institutions are rarely created from scratch. They are often the result of gradual reforms and multiple compromises that aim to transform former state-controlled broadcasters—the kind that gets their orders from the Ministry of Information or, even worse, direct from the president or prime minister. In the old Soviet days, the state broadcasters were not only controlled by the government, but were huge bureaucracies that became parking places for thousands of employees, many of whom didn’t know good journalism from a hole in the wall.

That’s not to say that commercial media has exactly fulfilled its promises either. In fact, one of the reasons that CIMA decided to have a second look at PSB is the decidedly awful record that most commercial media has in most of the developing world. And, as it turns out, even for commercial media to work its wonders, a country needs a well-governed legal and regulatory environment, ensuring a level playing field, anti-monopoly laws, and rules that guarantee transparency of ownership. All that’s not easy either. And anecdotal evidence suggests that the very countries that manage to make PSB a viable part of their media landscape are the ones that are most likely to create an effective environment for commercial media as well.

So maybe we should be taking a second look at PSB, or for the digital age, PSM, that is, public service media that uses both broadcast and other platforms to reach its audience. When we look at the highly divisive debates and exaggerated media that prevails across the world, most countries desperately need a voice of moderation and reason. Maybe just one voice in the cacophony that gives both sides of a story? One institution that tries to help people understand what is going on rather than whip up passions?

And the good news from our new report is that despite all the difficulties, some countries have actually made progress towards successful, if not perfect, PSM systems. It may be hard, but perhaps it’s worth giving it a serious, second look.